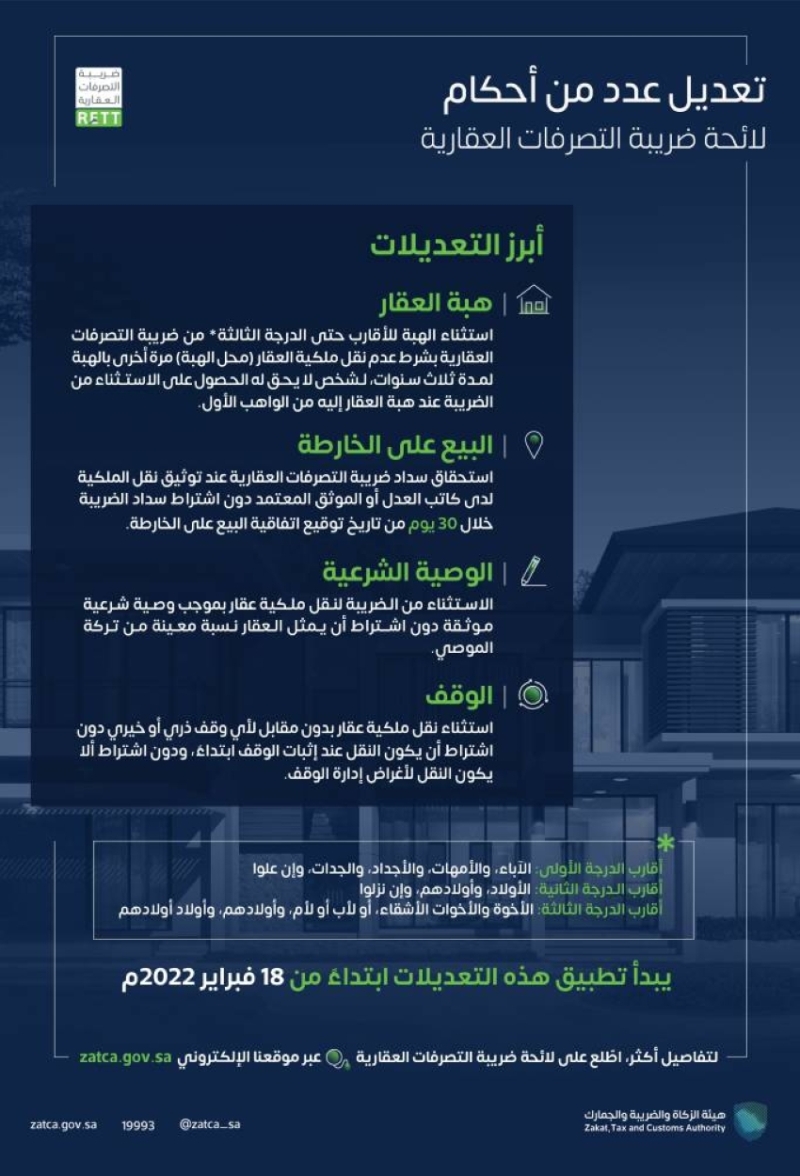 The Zakat, Tax and Customs Authority has made amendments to the executive regulations of the real estate disposal tax, most notably the amendment to the degrees of relatives who are covered by the exemption from the payment of the real estate tax payment, and the amendment to the date of payment of the tax with regard to actions carried out according to off-plan sales projects, in addition to a number of other modifications.

The authority explained that these amendments will start working from today, and it also indicated that the most prominent aspect of the amendment decision is to amend the degrees of relatives who are covered by the exemption from paying the tax in cases of documented gift, to reach the third degree instead of the second degree of relatives, provided that the transfer of Ownership of the property by the donor of the property for a period of three years, for a person who is not entitled to obtain an exemption from paying tax if the property was donated to him directly by the first donor.

The authority added that the amendments also included the addition of a new article concerned with the exemption from paying the tax on any property whose ownership is transferred based on a legal will documented with the Ministry of Justice, without the requirement that the will be within the limit of one-fourth of the deceased’s estate as previously specified, and the expansion was also done. Excluding the gift of real estate free of charge for any atomic or civil endowment without stipulating that the gift be made only when the endowment is initially established.

The authority also clarified that it has made an amendment to the regulation stipulating that the tax is paid on off-plan sales that take place in accordance with the regulations approved by Cabinet Resolution No. (536) and dated 4 Dhul-Hijjah 1437 AH on or before the date of documenting the complete sale with the notary, or the notary. The approved, without the necessity of paying the tax before or upon concluding the sale contract between the buyer and the owner of the property.

The Zakat, Tax and Customs Authority called on the taxpayers and those interested to communicate with it for any inquiries related to the new amendments to the real estate tax regulation, through the unified number of the call center (19993), which works 24 hours a day, seven days a week, or the account “Ask Zakat, Tax and Customs.” On Twitter (zatca_Care), via e-mail (infozatca.gov.sa), or via instant chats on the website (click here).

It is noteworthy that the real estate disposal tax is imposed at 5% on real estate whose ownership is transferred from a person or establishment to another person or establishment, such as sale, netting, transfer, gift and similar actions, with some disposals excluded in accordance with the provisions of the Real Estate Dispositions Regulations. Any transfer of real estate ownership must first be registered on the authority’s website, explaining the exact data of the real estate, specifying the exception that applies to the disposition for non-payment of tax, if any, and then paying the tax for the due cases, before the real estate is emptied with the notary or accredited notary . 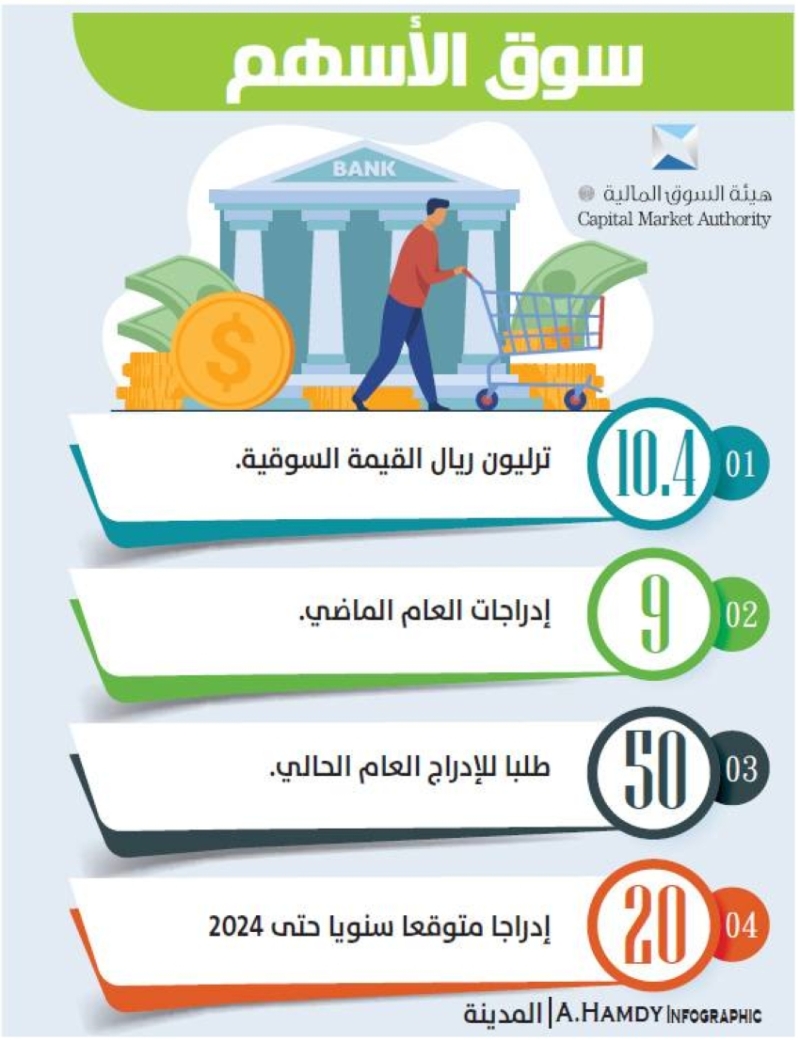 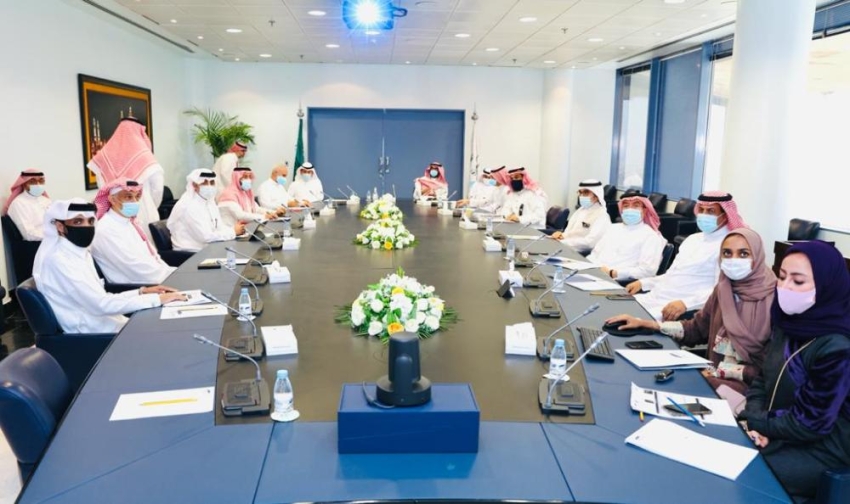