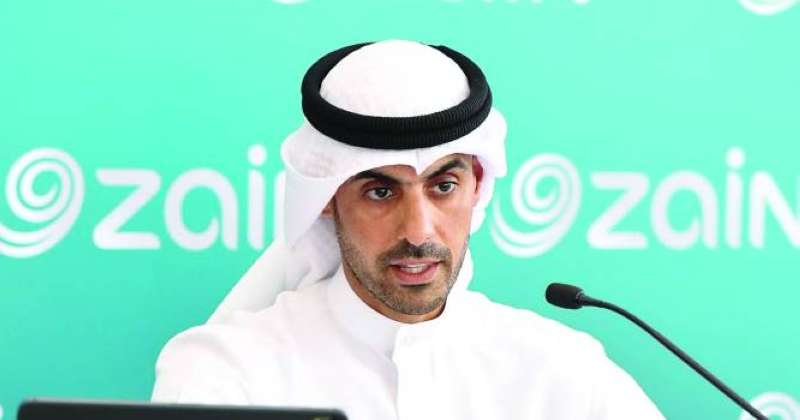 – Ahmed Al-Tahous: The Board of Directors is focused on the next stage of operations growth
– Bader Al-Kharafi: 5% growth in semi-annual profits
2.5 billion semi-annual consolidated revenue
– 1.05 billion data revenue
491 million investment in capital expenditures
– “Zain Saudi Arabia” achieves retained earnings for the first time in its history, after extinguishing all its accumulated losses

Zain Telecom Group announced its semi-annual consolidated financial results for the year 2021, which showed an increase in net profits by 5% to 86 million dinars ($285 million), with earnings of 20 fils per share. 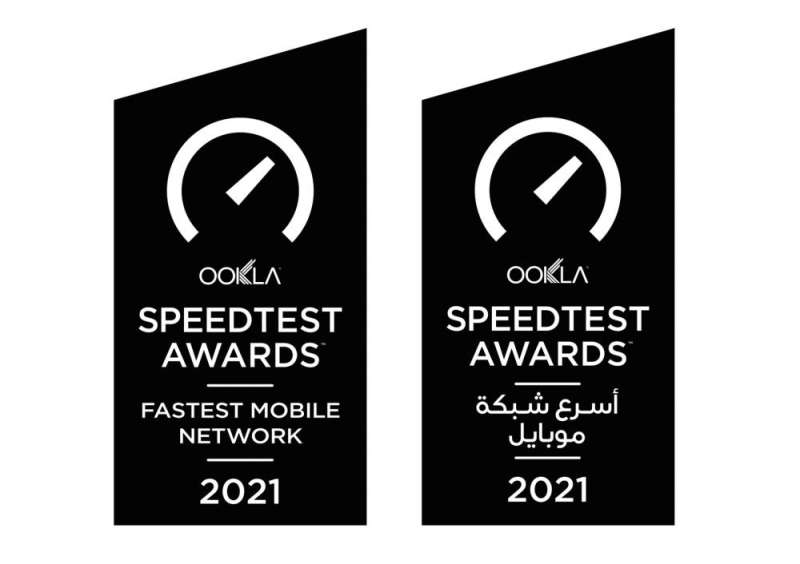 This comes at a time when the Extraordinary General Assembly of Zain Group agreed last June to distribute quarterly or semi-annual cash dividends, as the Board of Directors had approved the recommendation of the annual dividend policy, at a minimum value of 33 fils per share, for a period of 3 years at the beginning of the year. of the year 2019 distributions.

Zain indicated that data services revenues amounted to about $1.05 billion, representing 42 percent of the consolidated revenues, which were driven by development projects and investments made on the fourth and fifth generation networks, and the expansion of fiber-optic infrastructure for homes, while the customer base reached 48.3. One million active customers (affected downwards after the termination of Touch Lebanon management contract).

The group stated that its consolidated financial results, which achieved growth at the level of net profits, are still affected by the repercussions caused by “Corona” on investment and commercial activities, and were greatly affected by the decrease in currency exchange rates, mainly from the devaluation of the currency in Sudan from 55 to 444 ( Sudanese pound / dollar) during the end of June, and the depreciation of the currency in Iraq by 19 percent, from 1,190 to 1,470 (Iraqi dinar / dollar), which cost the group 378 million dollars at the level of consolidated revenues, and nearly 233 million dollars at the level of Earnings before taxes, interest, and depreciation (EBITDA).

The group achieved a strong growth in net profits during the second quarter by 17% to 41 million dinars ($ 138 million), while the consolidated revenues for this period were relatively stable, recording 369 million dinars ($ 1.2 billion).

Earnings before interest, taxes and depreciation amounted to 152 million dinars (506 million dollars), which reflected the EBITDA margin of about 41 percent.

The Group’s Chairman of the Board, Ahmed Al-Tahous, said that “Zain” is focused on providing meaningful communication and limiting the repercussions caused by “Corona”, by implementing a series of valuable initiatives in the digital sector, to serve communities, companies and government entities.

He indicated that the main objectives of the Board of Directors during these difficult times included supporting the executive management in its efforts to be better prepared for the future, and to take full advantage of the next stage of growth.

For his part, Bader Nasser Al-Kharafi, Group Vice Chairman and CEO, said: “The strong growth of our operations over this period once again highlights the feasibility of the path in which our Sight 4 strategy is making significant progress in new areas of growth for our operations.”

Al-Kharafi explained that the board of directors’ recommendation today to distribute a semi-annual cash dividend of 10 fils, comes as part of the commitment to the company’s annual dividend policy at a minimum value of 33 fils per share, which confirms Zain’s commitment to its shareholders, indicating that its solid financial position and strong competitive positions. In the Middle East markets, he sees it as the right time to start implementing a strong move towards shareholders paying quarterly or semi-annual dividends.

Al-Kharafi stated that Zain looks positively at the development of its operational and commercial operations in light of the recent transformations in the communications technology sector, and that it relies in its positive expectations on the continuous healthy growth of its operations during the recent period, as it benefited from the investment opportunities offered by the enterprise and business sector, and the huge demand On the broadband Internet services, and the transformations witnessed by the industrial, commercial and service sectors to rely on digital services, which is the new growth sector of the telecommunications sector.

He added, “This period was characterized by a number of key features, most notably targeting more digital investments and accelerating the pace of digital transformation of our business, as we invested more than $491 million in capital expenditures (representing 20% ​​of the volume of revenues), and this was mainly in expanding The development of the fiber optic infrastructure for the home (FTTH), the purchase of spectrum fees in some of our markets, in addition to the upgrade projects that we are undertaking on the 4G and 5G networks.”

Al-Kharafi revealed that the operational performance of Zain’s operations was strong during this period, but this was not fully reflected in the consolidated financial results due to the decrease in the exchange rate of the currency in major markets in Iraq and Sudan against the dollar exchange rate. He continued, “We are currently taking a series of initiatives that we aim to reduce the impact of currency devaluation, as the executive management has proactively taken decisive initiatives to improve cost in all markets, and Zain Iraq and Zain Sudan have renewed prices, and introduced new attractive packages to monetize data.”

And he indicated that the operations in most of the group’s markets recorded strong growth from the second quarter, as the healthy growth of Zain Kuwait’s operations was supported by the fifth generation network (acquiring the largest share in the Kuwaiti market), while the list of high-quality services and products contributed to the networks Zain in Saudi Arabia, Iraq, Jordan, Sudan, South Sudan, and Bahrain is helping to boost growth rates.

Al-Kharafi indicated that Zain continues to seek to reap the benefits of the profitable opportunities provided by the digital space, stressing that there is a state of optimism regarding the potential that financial technology can provide, as the “Tamam” company, a subsidiary of Zain Saudi Arabia, is making progress in consumer financing operations. While the “Zain Cash” platform continues to grow its business in Jordan and Iraq, with the “M-Gurush” platform in South Sudan.

Al-Kharafi revealed that this period witnessed the launch of the first digital communication service in Iraq “oodi”, which is an innovative application on mobile phones, which gives full control over the management of customers’ phones for smartphones, to be the second for the group’s operations after the launch of “Yaqout” in Saudi Arabia, which achieved It has been successful by providing a unique digital experience that focuses on limitless data and applications.

Al-Kharafi confirmed that Zain continues to seek new growth opportunities in the business sector (B2B), which is gaining tremendous momentum in the Middle East markets, as it achieved strong growth in this field by 16 percent, noting that this period witnessed a development in Zain’s business sector for digital services and wholesale.

He mentioned that Zain has recently restructured its international commercial and wholesale services to benefit from the huge growth opportunities witnessed in the Middle East and African markets, as it is currently unifying and managing network capacity, voice, and roaming projects across the wide geographical spread of its operations, pointing out that it targets from This move is to become the one-stop-shop for all the needs of its subsidiaries, as well as other international carriers that have business requirements within their scope of operations.

He continued, “Zain’s international services are currently focusing on the corporate sectors to achieve more synergies and growth, given that the wholesale industry is at its core around the transformation of infrastructure, and therefore we consider the development of our wholesale business as a key area for the overall transformation of the telecom operator.”

Al-Kharafi explained that Zain’s operations are expanding in the fields of e-sports, noting that the “Zain esports” brand is one of the fastest growing brands in the region’s markets in the fields of e-sports, noting that it has entered into a joint cooperation with UNICEF to launch a booklet on children’s safety on the Internet. It is expected that the memorandum of understanding will open the way for the tremendous opportunities that can be provided by the world of esports locally and regionally.

As part of Zain’s plans to transform into a comprehensive telecom operator, Al-Kharafi confirmed that the Zain Group’s Application Program Interface (API) platform currently allows faster deployment of digital partnerships, to continue the growth of its operations in this promising field, as it currently offers 26 direct services, which It resulted in a healthy increase in revenue with 5 million transactions per month.

Zain’s operations continue to lead the Kuwaiti market, as it maintains the largest market share with a customer base of about 2.4 million customers, and its operations are considered the most profitable in the group.

The main financial indicators for the first half of 2021 revealed a 4 percent growth in revenues to reach $515 million (155 million dinars), while earnings before interest, taxes and depreciation rose 11 percent to 194 million dollars (59 million dinars).

This reflected an EBITDA margin of 38 percent, while the company recorded a net profit of $123 million (37 million dinars), while data revenues grew by 5 percent, representing 40 percent of total revenues.

Zain Kuwait’s operations have achieved a remarkable superiority in attracting customers for broadband and 5G services, as it captured the largest market share for 5G customers. It also occupies the market leadership in digital transformation applications for individual services and the business sector, and continues its growth operations in data center services. And the cloud constellation at the level of private sector institutions and government entities.

The company achieved a net profit of 83 million Saudi riyals ($22 million), and succeeded in owning the largest 5G network, with coverage extending to 50 cities in the Kingdom.

Thanks to its continuous investment in developing and modernizing its network, data revenues represented 50 percent of total revenues, while the company’s customer base stabilized at 7.4 million customers, an increase of 4 percent over the same period last year.

For the first time in its history, the company achieved staged profits after being able to extinguish all its accumulated losses, according to the timeline of its capital restructuring strategy, as its main financial indicators are expected to enter a new era of growth.

24 million dollars in profits from Iraq

Zain Iraq’s operations recorded semi-annual revenues of $376 million, and achieved earnings before interest, taxes and depreciation of $145 million, which reflected an EBITDA margin of 39%.

The company’s operations achieved a net profit of $24 million, and its attractive offers and services succeeded in raising the customer base by 7% to 16.1 million customers (the company retains market leadership), at a time when the devaluation of the Iraqi dinar affected Zain Iraq’s revenues by nearly 88 percent. million dollars for the first half.

$160 million in revenue from Sudan

Zain Sudan’s operations achieved semi-annual revenues of $160 million, and EBITDA of $77 million, which reflected an EBITDA margin of 48 percent.

The company’s operations recorded a net profit of $41 million, compared to $15 million in the last year, and data revenue grew 4 percent, representing 28 percent of total revenue.

Zain Sudan’s customer base grew 8 percent to 17 million customers, maintaining its leadership in the market. The company’s operations were affected by the significant depreciation of the currency against the dollar exchange rate, which reflected on its revenues by nearly $340 million.

Zain Jordan’s operations recorded a strong operational performance during the first half, which was reflected in all major financial indicators, as its revenues rose 5% to reach $245 million.

EBITDA grew by 15 percent to $118 million, reflecting an EBITDA margin of 48 percent. The net profit rose 24% to $43 million, and the company’s operations benefited from the continuous expansion of 4G services in the Kingdom’s regions, as data revenues grew 13%, representing 49% of total revenues, at a time when its operations currently serve 3.5 million customers ( share leadership in the Kingdom).

Zain Bahrain’s operations achieved semi-annual revenues of $87 million, an increase of 4%, and the company recorded an increase in EBITDA by 6% to reach $29 million, reflecting an EBITDA margin and taxes and depreciation by 33 percent.

The company increased its net profit by 29% to about $7.4 million, and it also achieved a growth in data revenues by 5%, representing 45% of total revenues. 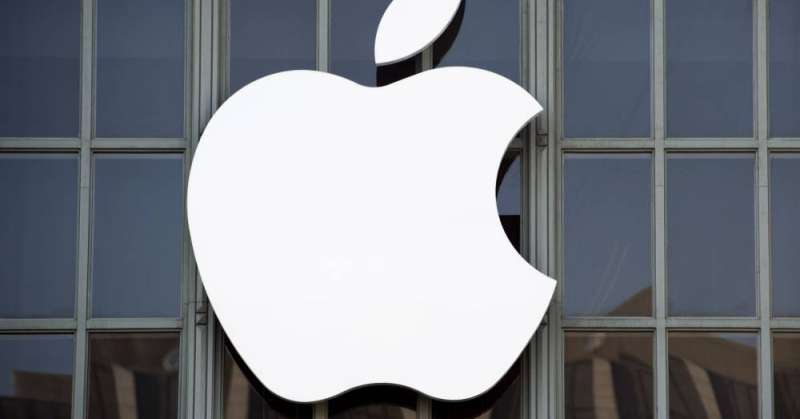 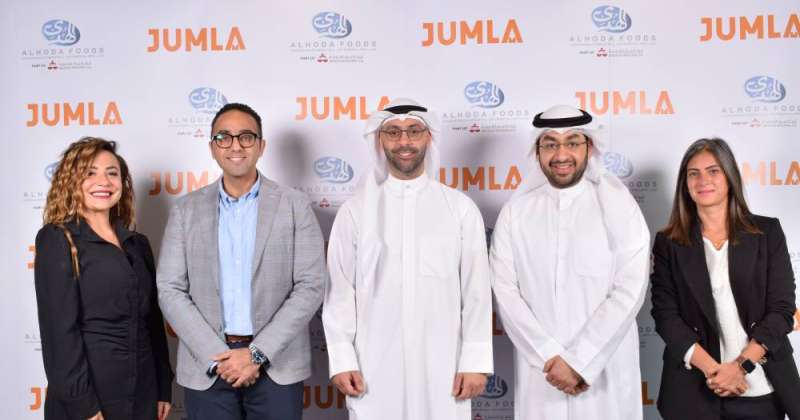 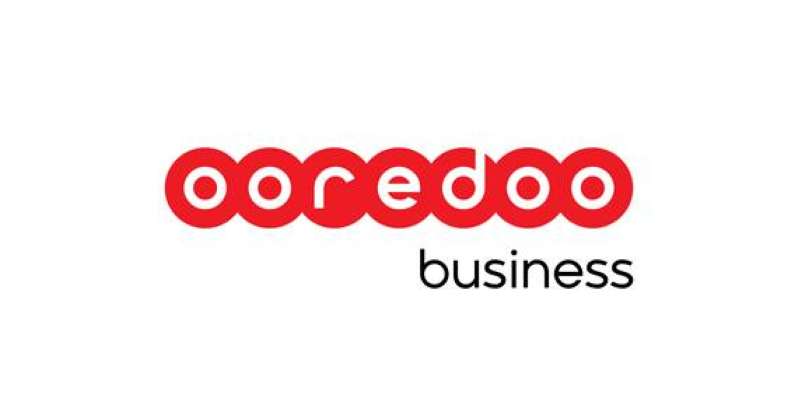