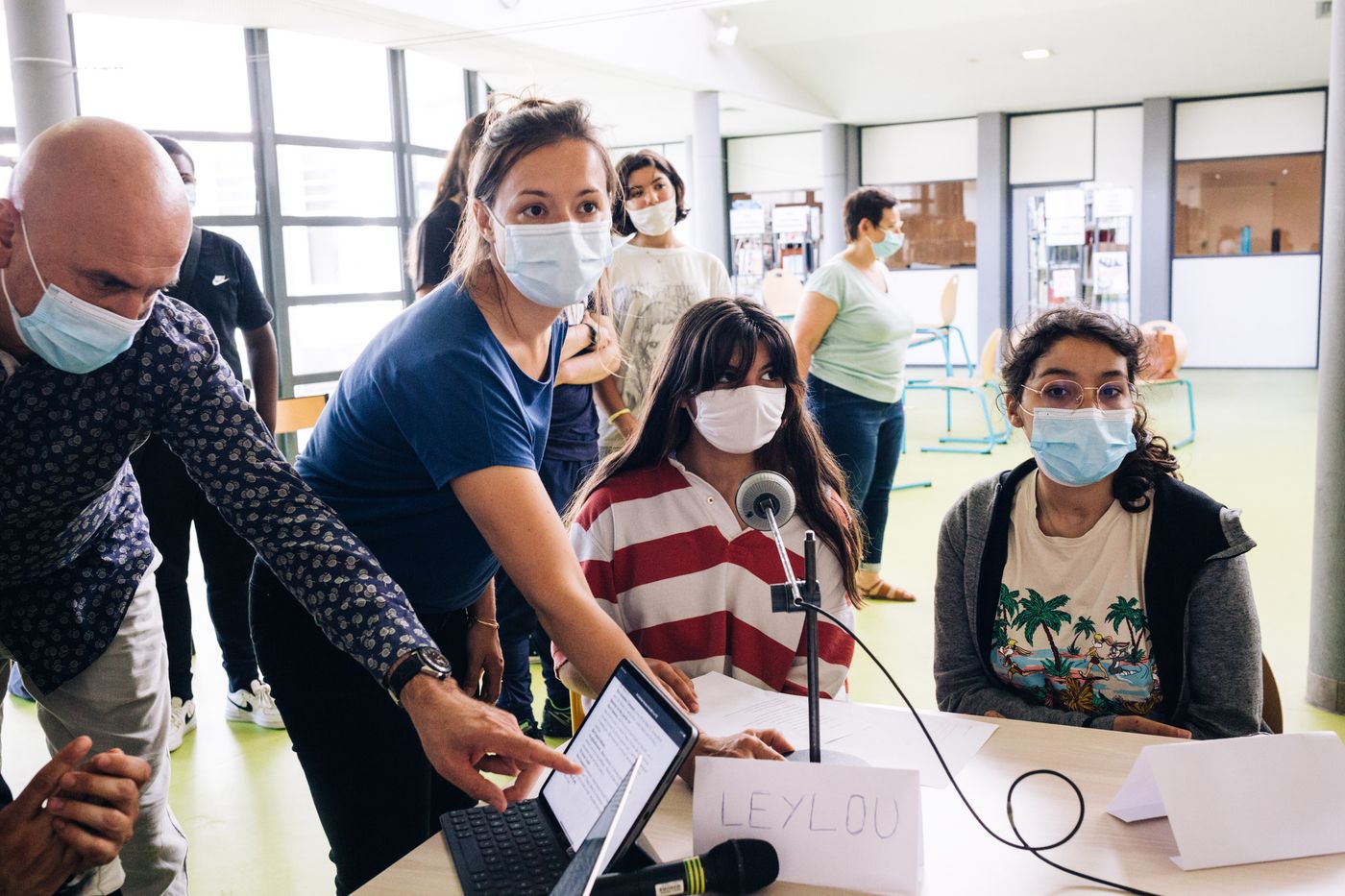 They stand up and applaud themselves. This June 11, the sun bathes in its harsh light the vast room of the documentation and information center (CDI) of the Lycée Saint-Exupéry located in the 15e arrondissement of Marseille. A dozen high school students, a teacher, journalists and technicians from Radio France congratulate each other: that’s it, the 2021 edition of InterClass’, which will be broadcast on France Inter on July 11, is in a box. For nine months, despite a complex health context, they have managed to meet once a month or so to prepare this fifty-five minute program.

December 4, 2020. Emmanuel Khérad returns to the Lycée Nord, as everyone here calls this vast establishment with the air of a ship facing the sea, for the third consecutive year. Journalist and producer at France Inter, voice of “La librairie francophone” since 2005, he is one of the linchpins of this program created in reaction to the disturbed minutes of silence after the attacks of January 2015, to inform middle and high school students about the profession of journalist.

“Make our students the citizens of tomorrow”

Royal blue jacket on a floral blouse, Claire Comtet is waiting for her after the entrance hall. Teacher of physical education and sports, she is the main teacher of the second 17, without whom the program could not flourish within these walls. “It’s not common for a teacher in my discipline to deal with media education, she smiles. But overall, I am interested in anything that can make our students the citizens of tomorrow. “ In this arrondissement, where some cities are among the poorest in the city, “Access to information is often limited”, she notes.

In the glass-fronted cathedral that is the CDI, the gray pillars support tall windows and the yellow shelves are crumbling under books and periodicals. Yanis, Dennis, Abdi, Naima, Noam, Dina, Emma, ​​Jonas and the others take their places. They display that shyness mixed with insolence that marks adolescence. “Some of us were close to those murdered in Charlie Hebdo. We told ourselves we had a role to play, poses Emmanuel Khérad. This is to introduce you to the profession, to explain how we work. “

It explains the fundamentals of the InterClass’ program: a space in which students have carte blanche. “This show is going to be like you. We will put music, reports, interviews and you will choose the themes and the form it will take. We will work as an editorial staff. “

Sabrina, a little worried, raises her finger: “But are we going to do a subject on what?” “, she asks. Behind his mask adorned with palm trees, Olivier Martocq, correspondent for Radio France in the Marseille office, laughs – sometimes journalists are also out of ideas. But he reassures: you just have to look around to find inspiration: “We try to explain life through the radio. “

“Here, journalists only come when there is a death at the Kalash”

In the lime green lino room, the conversation continues. Questions arise during this first contact session. What is the media? How do you find out? What did you take away from the news of the last few days? As main sources of information, students respond to BFM and the TikTok network. Abdi asks: “What is France Inter? “

On a white board, Marie-Christine Lauriol, a major reporter for 36 years at Radio France, who is also part of the adventure, lists the subjects that have caught the attention. The results of the American elections, the assassination of Samuel Paty… The occasion for an exchange on freedom of worship, the duty of secularism and freedom of expression.

To Dina who explains that “Caricatures are mockery on subjects where you shouldn’t laugh”, Emmanuel Khérad replies that “Freedom of expression allows us to have a free press, like the one we have in France, like the one we are going to experience together, without censorship, but with respect for all. ” Sarah, hair tied in a bun under a headband, remains silent throughout the session. The alarm rings. The students get up. Not all convinced. A young girl sighs: “Here, in the northern quarters, journalists only come when there is someone dead at the Kalash. “

From a report on skateboarding to an interview with a rapper

March 12, 2021. The CDI is taken. The second 17 is found for the third session in the large auditorium of the school. The students divided into small groups. Like so many editorial services. At the bottom of the amphitheater, around Marie-Christine Lauriol, a small band discusses K-pop – Korean pop music. Shaïma is inexhaustible on this culture with its groups, its color codes, its clothes … The journalist opens her eyes round and laughs frankly: “They’re learning things from me!” “

A few bays higher, Olivier Martocq and his apprentices are preparing a report on skateboarding. Nisrine smoothes her hair, with a gesture usually showing a hint of boredom. A group assisted by Solène, a student at the Marseille School of Journalism and Communication (EJCAM), collects questions to ask a guest rapper.

Emmanuel Khérad goes from one workshop to another, listens to the discussions. “We are there to allow students to look at media society differently. But also to give them keys and help them open up to others ”, he synthesizes. The shyness of the first meeting begins to melt away. The high school students are more comfortable in their speeches: one student talks about gender issues, another addresses the Ukrainian conflict.

Awaken a critical mind and learn to spot the right information

In his office, one floor above the auditorium, the principal Laurent Sabatier is delighted with this mayonnaise which takes. “There is often a great distrust of the media among our students. And then social networks took on such a scale… Now, anyone “posts” anything, anytime. It is essential that they learn to find good information, that they know how to decipher, to forge a critical mind. “

June 11, 2021. Final session. Threads run across the green linoleum. Pandemic forces, the students could not make the trip to register in Paris. The CDI becomes a studio. Tables have been assembled, a technician has the microphones. Gray jogging and large T-shirt, a young girl observes: “Wow… it’s true. ” Emmanuel Khérad repeats his launches, these sentences that introduce a report or a guest. Nisrine and Solène are chatting. The journalism student followed the tongue-in-cheek high school student to her Calade neighborhood to paint a portrait of her. Sarah is still shy. But she can’t believe it: “François Hollande came to see us. We here. It was impressive. And it’s still very, very different from seeing it on TV! “

A high school student during the recording of the program “InterClass’”. / Nicolas Serve for La Croix

It was the highlight of the year. On June 4, in the same CDI, the former President of the Republic kindly bowed to the game of questions and answers from which the students took a long interview. “He answered everything! He was cool. He even made jokes ”, Yanis has fun. Claire Comtet, the head teacher, lived “An extraordinary experience”, she testifies. “He stood up to the students, without ever being condescending. When we talk about showing the values ​​of the Republic, this kind of moment, there is no better. “

“Silence in the room! “, intimate Emmanuel Khérad. First direct. Emma puts her hand on Shaïma’s thigh. A small gentle gesture to calm his girlfriend whose voice is initially a little weak. Away from the stage, Abdi rereads one last time the questions that will have to be asked, in a few minutes, to the rapper Medhi YZ. The high school student is tense, but shows his pride: “I didn’t think it was for me to speak into a microphone. Journalism is complicated. But it’s like everything, it can be learned. “

InterClass’ concerns five establishments in Île-de-France, one at Mirail in Toulouse, one in the Source district in Orléans, a middle school in Reunion Island and a high school in the northern districts of Marseille. The nine 55-minute programs will be broadcast this summer on France Inter.

“InterClass’ takes the form of interventions by journalists, producers or technicians all year round”, explains Éric Valmir, secretary general of information at Radio France. “This is not a course, we are here to make a connection. We usually arrive in a climate of mistrust and at the end of the year everything has changed. Our goal is to allow these students to understand different things: What is to exchange? Listen to the other? How to express what we have to say? “

“We come with the radio tools and give them to them. It is up to them, then, to deliver their work for a year, with authenticity and sincerity. For me, it’s always a thrill experience! “ 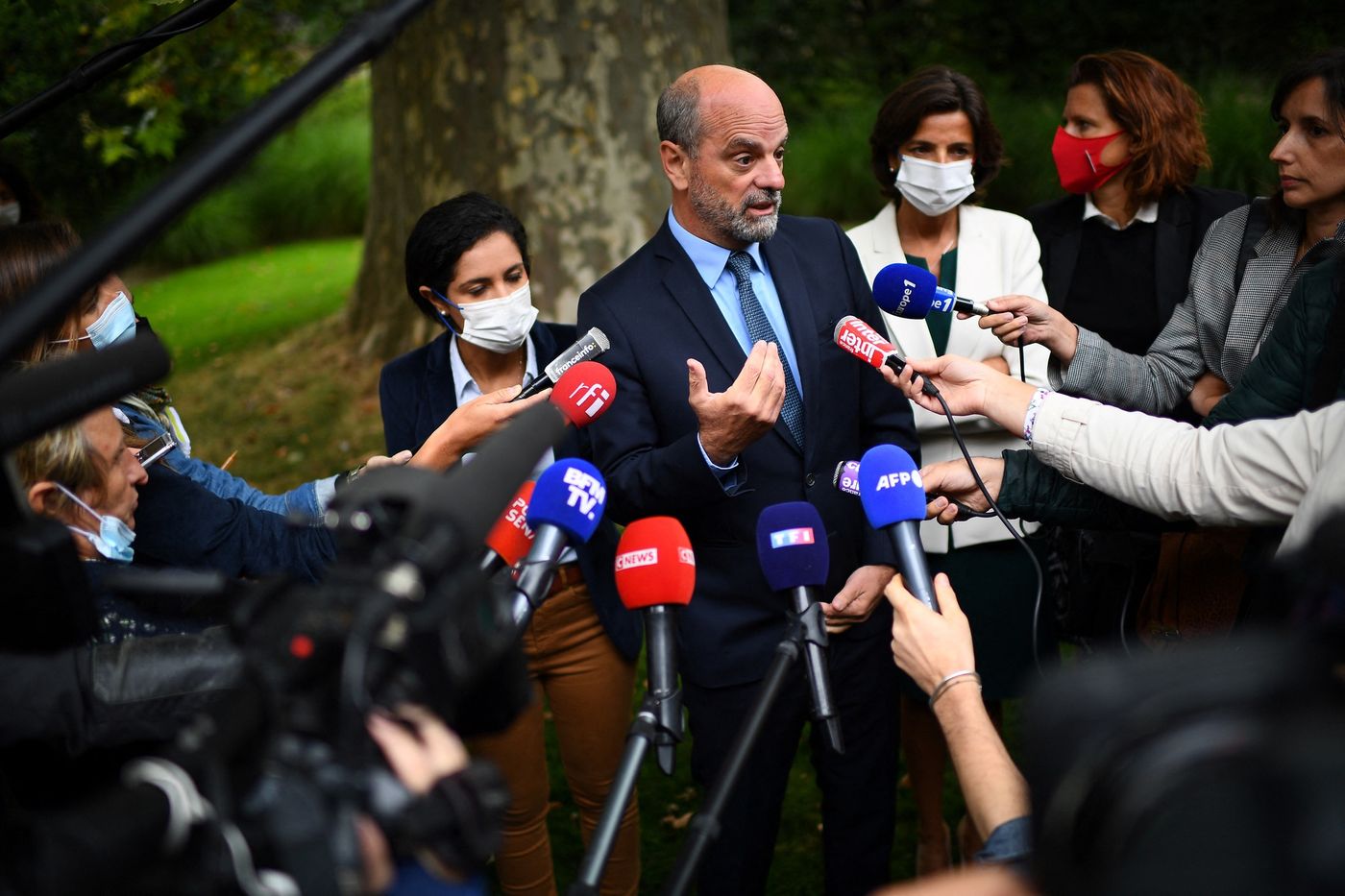 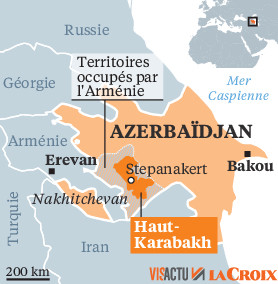 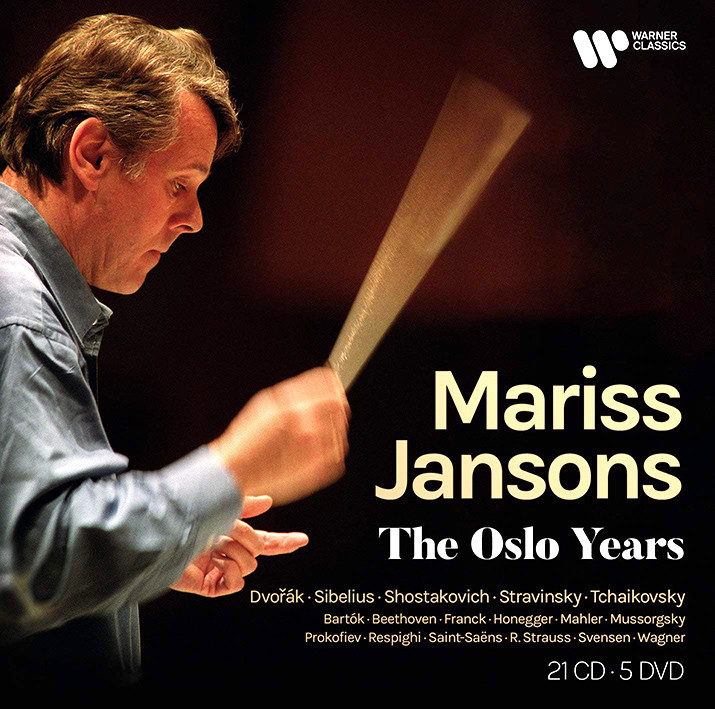