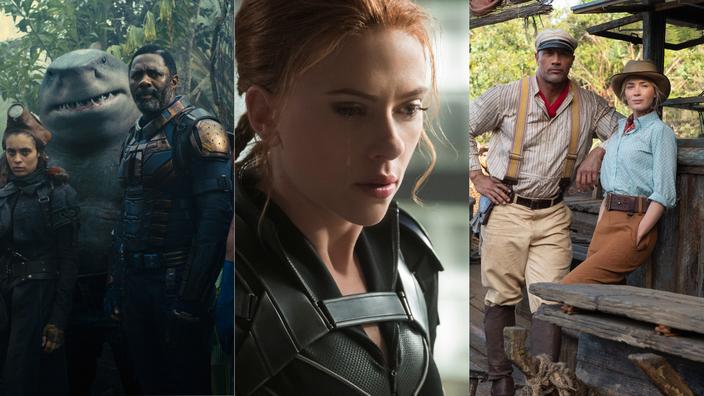 DECRYPTION – Since the difficulties of The Suicide Squad and Black Widow, the question torments Hollywood. Is the recipe exhausted? Not that easy. And the pandemic does not explain everything.

Should we renounce our faith in superheroes and franchises? Here is the question of the moment that torments the studios and feeds the cassandres of the American box office (and sometimes of the French market) in recent months. The sluggish first weekend of The Suicide Squad across the Atlantic went in their direction. The second installment of DC’s Villains Misadventures, starring Margot Robbie, Idris Elba, and Viola Davis, has raised $ 26.2 million in proceeds. This is less than the range of the $ 30 million expected when this sequel cost the Warner $ 185 million without counting the promotional budget. We are far from the thunderous debut of David Ayer’s first film which had collected 132 million when it was released in August 2016. A record. Further humiliation, some observers note, these 26.2 million are 3 million more than those collected by a much smaller franchise of Warner, Mortal Kombat.

These figures are fueling concern for studios after the plummet of Black widow from Marvel. For its first weekend, the adventures of the hitman Natasha Romanoff had reached 80 million dollars of receipts in theaters. In a desire for unprecedented transparency, Disney even announced figures concerning its online exploitation on Disney + of Cate Shortland’s film: $ 60 million.

This euphoria, which foreshadowed a return of the box office to these pre-pandemic levels, was short-lived. The second weekend of operations was a cold shower: only $ 25.6 million in tickets sold. That is a decrease of 68%. It is normal for a feature film to drop between the first and the second week of broadcasting. Rarely in these proportions though. The rest, we know it. The association of theaters has denounced the dual exploitation online and in theaters as promoting piracy. Interpreter of Black widow For a decade, Scarlett Johansson had attacked Disney for breach of its contract due to the simultaneous release of the film on Disney +, which reduced its impact since its bonuses were indexed to the sale of tickets. In a virus-free world, Black widow could have hoped to approach the results of Ant-Man and the Wasp ($ 620 million) or Spider-Man: Homecoming (880 million). Currently his counter is 343 million. A small score for Marvel superheroes.

All July releases hit the same glass ceiling as The Suicide Squad : 35 million for Jungle Cruise, 31 million Space Jam: a new era. After an impressive start at $ 70 million, Fast and Furious 9 have like Black widow and yet without being put online on a platform, unscrewed and accumulates more than 600 million in revenue where he could have aimed for the billion.

Alone The Suicide Squad and Jungle Cruise ($ 15 million) managed to total eight-figure revenue this weekend. The third film to stand on the podium Old is 4 million! Should we see the end of an era? That of big productions and sagas that systematically hit the jackpot and blithely exceeded the 100 million mark over a weekend? Or on the contrary, should we not change our way of thinking and calculating?

As summarized Variety : “Before the pandemic, being successful or failing at the box office was based on a simple criterion: the volume of cinema tickets sold over the first three days of operation. The coronavirus swept away this logic by redefining the indicators. The line between a cardboard box and a flop has become more blurred. If 85% of American cinemas have reopened, the landscape has not returned to normal at all and nothing says that it will happen ”.

Admittedly, the rise of the Delta variant does not encourage viewers to return. But the simultaneous releases in theaters and on SVOD platforms affiliated with the studios, such as Disney + and HBO Max (for the Warner), have also trivialized the fact of watching movies from home and facilitate piracy. Disney + charges subscribers additional fees to take advantage of Cruella, Black Widow and Jungle Cruise but not Warner who puts his feature films for free and without premium access on HBO Max. How then to measure the revenues of these digital releases? How can they be added to the profits generated by theaters when studios are so reluctant to communicate about them? Disney does announce numbers every now and then, but only so far on the first weekend.

The Covid has a good back

For some, the current economic and health situation also has a good back. If the box office is also weak, it is because of the strategy of the studios which did not strengthen their summer release schedule. The most anticipated films like Dune, West Side Story, The Last Duel, Die Can Wait were pushed back to the fall. With his ban on under 16s, the absence of Will Smith and Jared Leto who refused to come back, The Suicide Squad was leaving with a disability. Despite some good reviews, James Gunn’s film suffers from the bad reputation of the first part, mistreated by the press and spectators. Was there really a desire for the return of the DC antiheroes?

Another element that exonerates the pandemic: summer has not been synonymous with disaster for everyone. Horror films have been successful. Without a sound II, released in May, when contamination was at its lowest, will reach 90% of the revenues of its first installment. “Don’t Breathe 2, Candyman, Spiral, Escape Room 2 have small budgets that are easy to make profitable, the revenues ofOld and Forever Purge are three times the advanced costs, Conjuring 3 the quintuple», Lists Forbes. “Most of the works offered were blockbusters with questionable status, argues the magazine. The Hitman’s Wife’s Bodyguard, Boss Baby 2 were never going to rob the bank. No one was asking for Snake Eyes, a film about the origins of GI Joe and Space jam where LeBron James does the same as Michael Jordan 25 years ago ”. Pandemic or not, these stories would have struggled to find their audience, estimates the magazine which compares the offer of this summer 2021 to that of 2016 where unpopular sequels plagued the box office: Alice Through the Looking Glass, Independence Day: Resurgence, Ghostbusters, Star Trek Beyond.

Time of truth in September?

Forbes puts the shortfall in Black widow, “Which we did not expect to pass the billion mark at the Avengers”, of Cruella ($ 85 million) which “Could hope in normal times same modest range as Dumbo (115 million revenue in the United States)”. Disney’s attempt to replicate the success of Pirates of the Caribbean, Jungle Cruise with Dwayne Johnson and Emily Blunt develops a new universe and remains a bet. Not dishonorable. In his filmography, Johnson also enjoyed opening weekends to $ 35 million (Jumanji: Welcome to the Jungle and Rampage) than 55 million (Jumanji: The Next Level and San Andreas). The only big production of the summer not to be based on a franchise or an existing brand, comedy Free Guy where Ryan Reynolds plays a video game character who discovers his free will isn’t a sure hit, either. “Disney is playing double or nothing by betting on the popularity of Reynolds a thousand miles from his role as Deadpool”, emphasizes Forbes.

For the experts, the trial by fire will begin at the start of the school year. In particular with the appearance on the screens, on September 4 in the middle of the three-day weekend of Labor Day, of the new and unknown to the vigilante battalion Marvel Shang-Chi and the Legend of the Ten Rings. Beachhead of Phase 4 of the MCU, the film featuring stars from the Asian community (Michelle Yeoh, Awkwafina, Tony Leung) will try to repeat the success of Black panther. “Labor Day is a weekend where you don’t rush to the cinemas. If Shang-Chi does as well as Guardians of the Galaxy which had collected 22.9 million dollars over this period, we are good ”, says Deadline. Otherwise, eyes and hopes will turn to 007’s prowess in To die can wait. If even Her gracious Majesty’s secret agent can’t revive the box office, then the death certificate of the nine-figure budget blockbuster, flirting with the $ 200 million, such as the we know him. 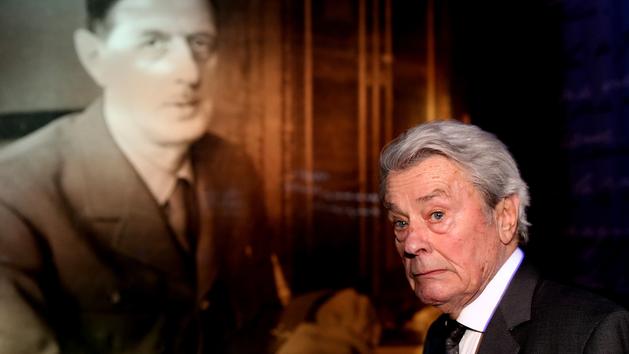 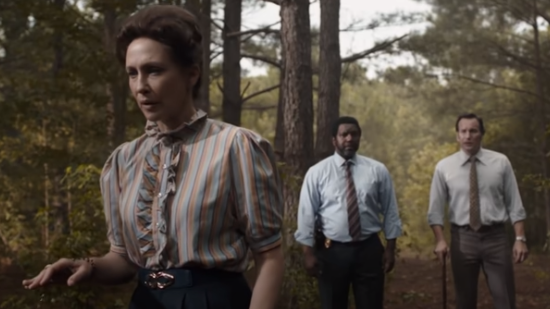 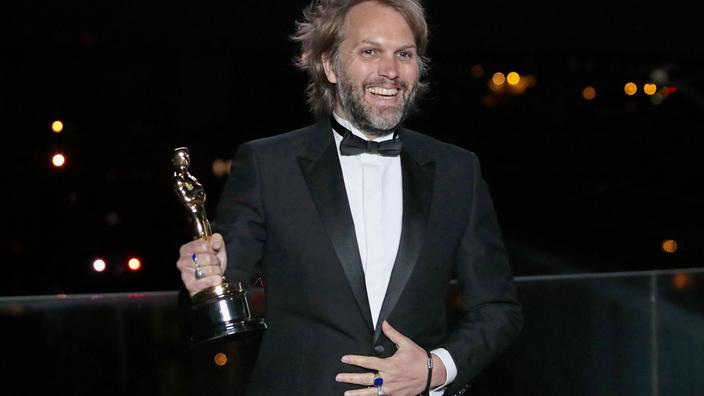