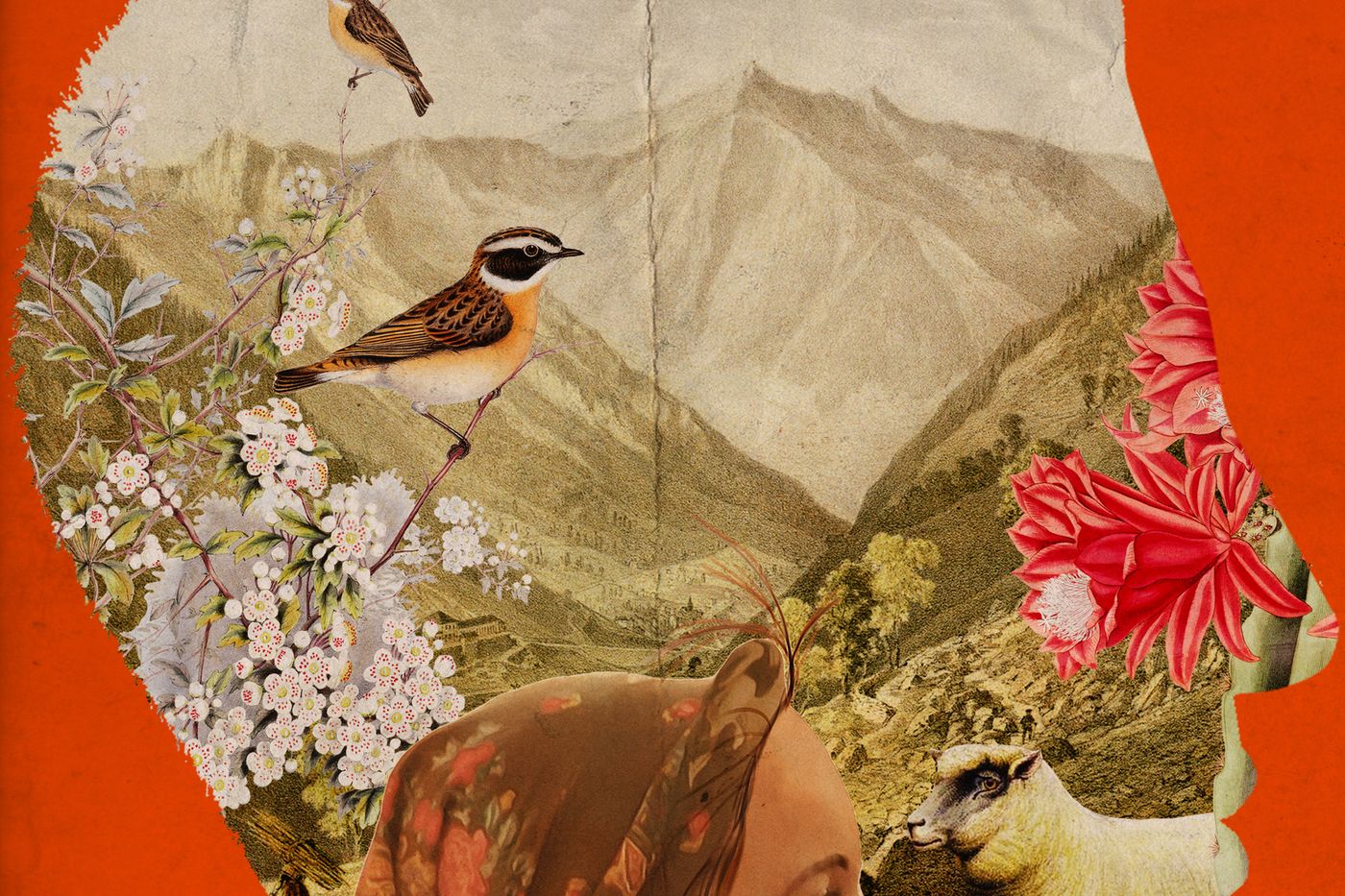 The ferry approaches the port of San Sebastian, capital of the island of La Gomera, in the Canary archipelago. The maneuver is delicate, even if, that day, the Atlantic Ocean calmed down. On the island, the approximately 22,000 inhabitants have passed in a few years from life in the mountains to a daily life of city dwellers on the coast and its black sand beaches, risking the disappearance of the silbo gomero, or the “art of talking while whistling”, a heritage of La Gomera.

Eugenio Darias remembers: “I was born in San Sebastian de la Gomera. I must have been 7 or 8 years old (he has 70 today, Editor’s note) when I learned to whistle like all children, as a family. When we met in the main square with my school friends, we used it to “talk” to each other.. ” What was just a game when he left school became a necessity when he joined his grandfather’s farm, up in the mountains, where he learned this way of expressing himself with those in the distance, in another valley. “Like when my brother or my grandfather was busy with the animals over 1000 meters from where I was standing ”, he remembers.

During his visits, Eugenio rediscovered the daily life of the peasants of this volcanic island where, as soon as you leave the coast, the rugged mountains descend steeply into very deep ravines. So what better way to communicate than whistling? Especially since it can save two to three hours of walking. “Some claim that the sounds carry up to 4000meters; in my opinion, it is rather 2,500 to 3,000meters. In the ravines, the sound short and becomes stronger. The echo propels it and then it gets lost. The bottom line is that the message gets clear. Conversely, in the plains, the sound does not go far“, he said again.

But is not “Silvador” wants. A little dexterity is required. It is quite an art to position one or two phalanges in the mouth and to place your tongue in such a way that the sound occurs. Easy ? In appearance only. “The only rule is to find which finger gives the best whistle, and sometimes none of them works”, recognizes Francisco Correa, professor and coordinator of the teaching project of silbo à la Gomera, and above all capable of “whistling” a whole poem.

And even the sound must be identifiable by the recipient. We then speak of ” silbo articulated ”, which replaces a language to allow communication at a distance. Because there are many other whistled languages ​​in the world, but not all of them allow the expression of sentences. With the silbo gomero, whistling sounds vary in tone and dress. But since there are fewer sounds than letters in the Spanish alphabet, a sound can have several meanings and sometimes cause some misunderstanding! The same sound can also mean “yes” or “you” in Spanish, or “mass” and “table”. Despite a limited vocabulary, whole conversations can be hissed, “everything is a matter of context ”, warns Francisco Correa.

the silbo has always been “a means of communication in itself, the first mobile phone in the world ”, adds Eugenio. A language “spoken” already by the local peoples, originating in North Africa, and of which we find the story from the 15th century.e century. A language that differentiates the inhabitants of La Gomera from those of the other islands of the archipelago. Eugenio remembers when, a student at the University of La Laguna, in Tenerife – an hour by boat from La Gomera – on campus, he would “whistle” with one of his friends from the same island, so that the others do not understand what they had to say to each other.

A teacher, back in La Gomera, he heard about a colleague ready to give lessons in silbo to children outside of school hours. “I liked the idea, and I told him I could help him.“ And everything is linked. In 1996, a parliamentarian from La Gomera, who was worried about the possible disappearance of silbo, proposes that his teaching become compulsory at school. This was done in 1999. And, in 2009, the silbo is inscribed by Unesco on the list of intangible cultural heritage of humanity.

Apart from the simple conversations of everyday life between members of the same family, the silbo had other advantages that the oldest remembered. It was used to warn smugglers of the arrival of police patrols. But also, in the 1970s, when it was forbidden to cut wood, it made it possible to warn of the arrival of the forest ranger those who needed it to build their house or make a fire, knowing that, according to Eugenio, said forest ranger did not know anything about silbo.

Sitting in the middle of the lush vegetation of the Parador garden, perched on the hill from which the view plunges on the ocean, Eugenio Darias shows a video on his cell phone. The recording dates from 2015: it was the 30th anniversary of the Victoires de la musique. Like all the inhabitants of La Gomera, that day he was in front of his television. He did not forget the emotion and the pride felt by the whole island, when the French artist Feloche “sang” the silbo with these words: “There is a place where people talk like birds. “ The adoptive father of the French artist was from Agulo, one of the small towns of the island, and his son wanted to pay tribute to him, giving international visibility to this treasure of Gomera.

In this enchanting garden, Eugenio, guardian of the island’s “whistled” heritage, launches a whistled invitation: “Agnes, come here and have a little glass of red wine. “ Invitation received five out of five! If Eugenio regrets not having taught the silbo to his son, “shoemakers are always the worst shod“, he is delighted to have participated in “plant the seed and cultivate it so that it does not die“. And since then, others have taken over.

For Estefania Mendoza, 34, the silbo is part of the heritage of its island, which it must pass on to new generations. His two children, 5 and 6, have learned simple words from the age of 3, and the youngest can already whistle by putting his knuckles in his mouth. “It’s like the bicycle, there are some who manage to pedal the first time and others who don’t. “ Together at home, they talk to each other while hissing phrases from everyday life like “Bring me the water”, “set the table”, etc. But it’s the weekends that learning takes on its full dimension, when the family goes to the mountains and whistles from one valley to another.

Estefania was ten years old when she learned the silbo. At the time, it was an extra-curricular activity. Today, in addition to her job, she teaches it to adults at San Sebastian City Hall. Her parents, she says, are very proud, because living in the city they do not speak it and have not passed it on to their children. In their time, the silbo was the business of men, shepherds and old people! Like what everything changes. 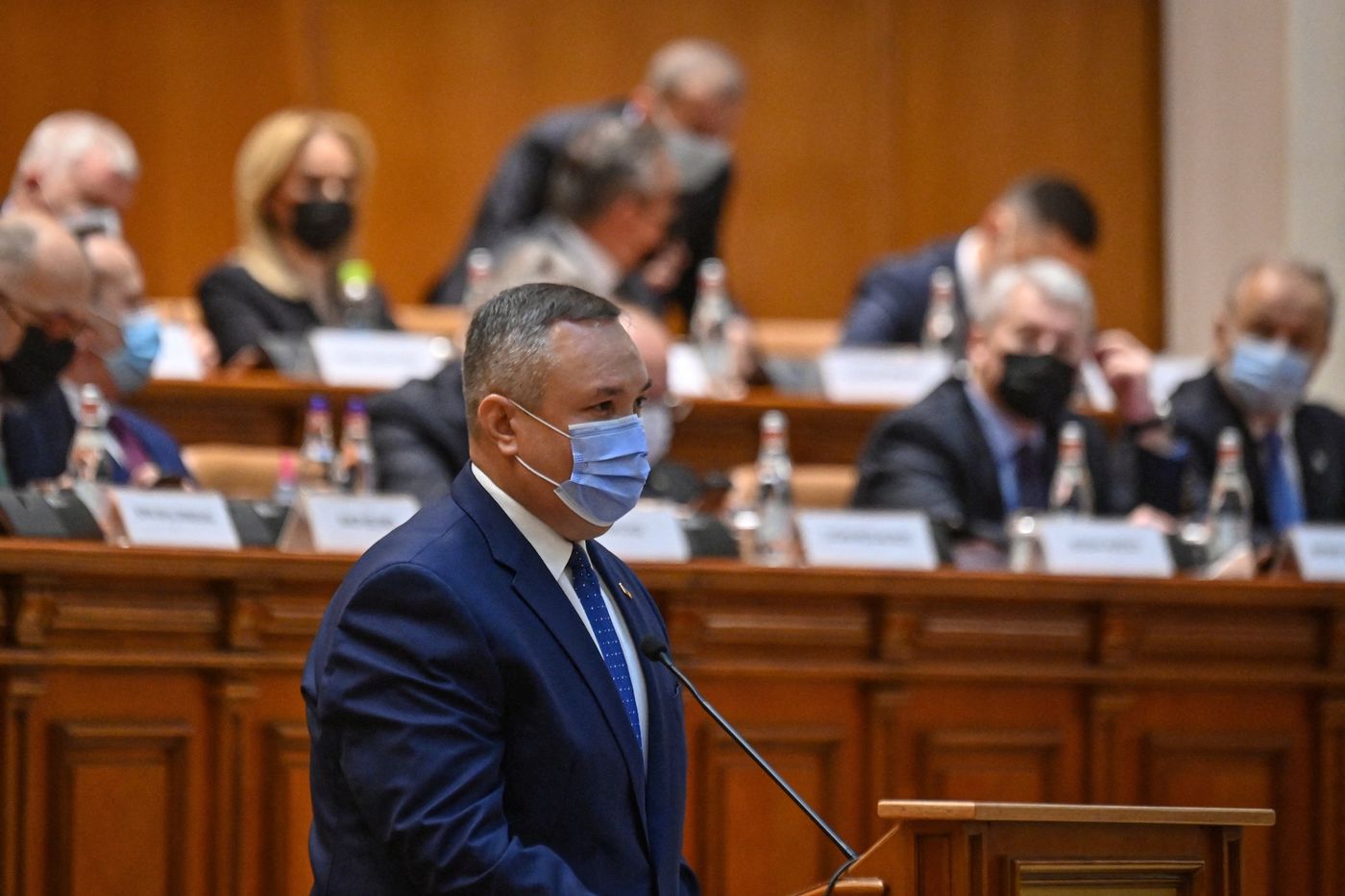 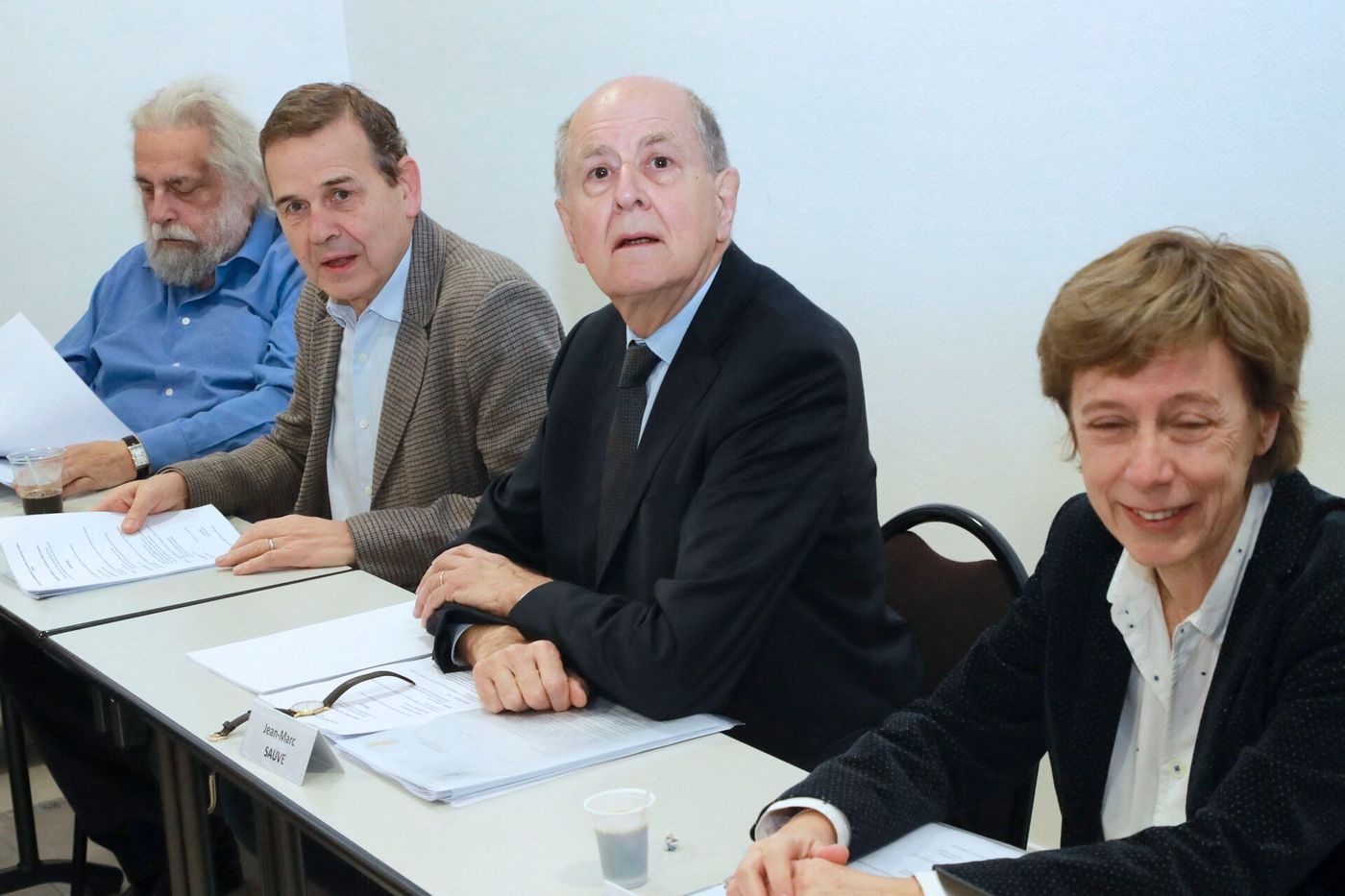 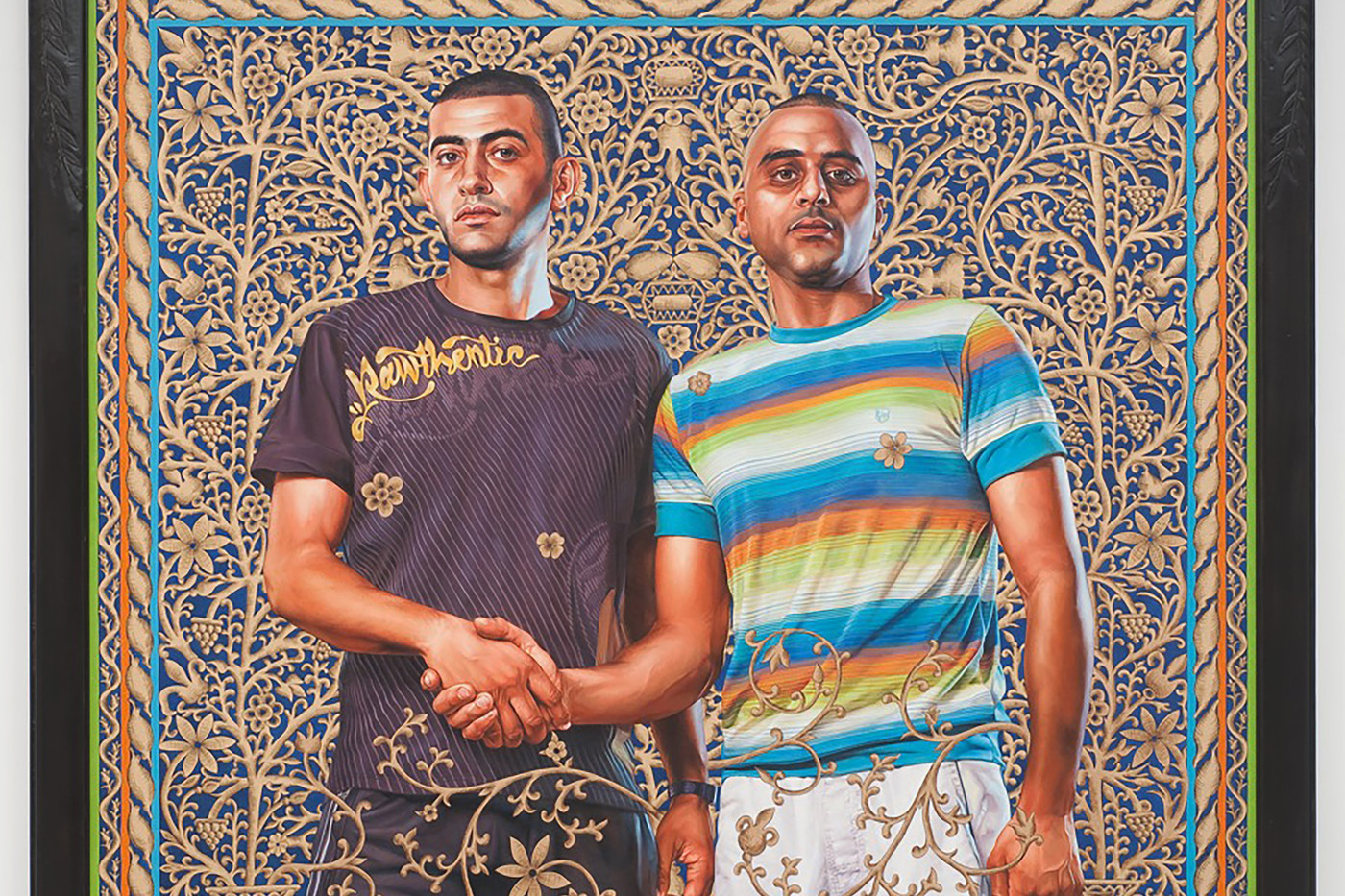