His Excellency the Minister of Transport and Logistics, Engineer Saleh bin Nasser Al-Jasser, inspected the progress of work at King Abdulaziz Port in Dammam, the main port of the Kingdom on the coast of the Arabian Gulf, inspecting the port’s development projects. He also inspected the headquarters of Saipem Taqa Al-Rasheed Manufacturing Company Ltd. “Star”, and was briefed on the movement of container handling, the flow of goods and supply chains.

His Excellency stressed that the Saudi port network occupies a distinguished position on the global maritime transport map, as Saudi ports have been developed, and their services have improved, in addition to raising their efficiency, engineering their procedures and developing their infrastructure, noting that King Abdulaziz Port has achieved a qualitative leap during the last period, by signing and starting operation The largest single privatization contract in the Kingdom with the Saudi International Ports Company, with an investment value of 7.3 billion riyals; To establish the largest smart container terminal in the Middle East, which will contribute to raising the capacity of container terminals in the port by more than 120%, adding that the port has contributed, along with the rest of the Saudi port network, to the progress of the performance of seaports internationally, according to the annual report (Lloyd’s List) for the year 2021, which measures The annual production capacity of container handling globally, indicating that the Kingdom also recorded progress in the maritime navigation network connectivity index with global shipping lines within the (UNCTAD) report for the third quarter of 2021 issued by the United Nations Conference on Trade and Development, where it achieved (70.68) points to be the highest advanced country Regionally in terms of the index, as part of the Kingdom’s efforts to raise its competitiveness and enhance its international presence in the region’s maritime transport sector.

His Excellency the Minister of Transport and Logistics pointed to the pivotal role of Saudi ports in supporting sustainable development and developing regional and international trade, stressing the great attention paid by the wise leadership – may God support it – to the transport and logistics system and its great economic and service role.

He explained that work is continuing vigorously to develop and modernize the maritime transport networks in the Kingdom, raise the production efficiency of the ports network and work according to competitive methods and high economic standards. logistics.

For his part, the President of the General Authority of Ports, Omar bin Talal Hariri, expressed his thanks to His Excellency the Minister of Transport and Logistics for his great support and follow-up to enable the Kingdom’s ports to perform their service and development role, and to enhance the role of the Saudi port network in supporting the Kingdom’s economic growth, and keeping pace with global developments, in order to achieve the goals. The ambitious national strategy for transport and logistics.

It is noteworthy that King Abdulaziz Port in Dammam is the eastern gateway to the Kingdom. It is linked with the dry port in Riyadh by a railway. It is a main port through which the flow of goods from all over the world passes to the eastern and central regions. This makes it a key factor in supporting the commercial movement in the Kingdom, and a gateway for Saudi exports and imports to global markets.

On the other hand, His Excellency Eng. Al-Jasser met with a number of citizens in the region and discussed with them the most important challenges facing them, in an effort to raise the level of work and provide effective and high-quality transportation services to all beneficiaries, stressing that the doors of the ministry and its branches in all regions are open to everyone to listen to their views and aspirations in a manner. Live. 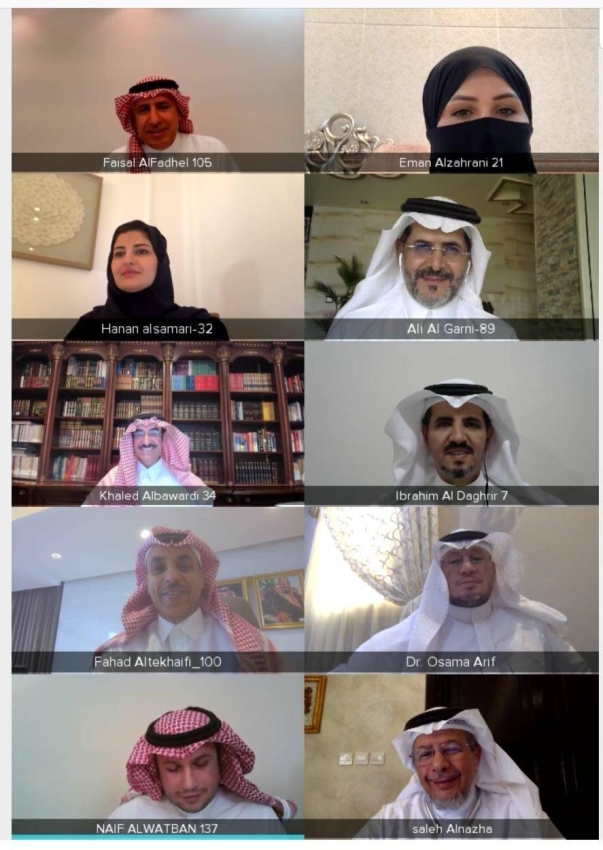