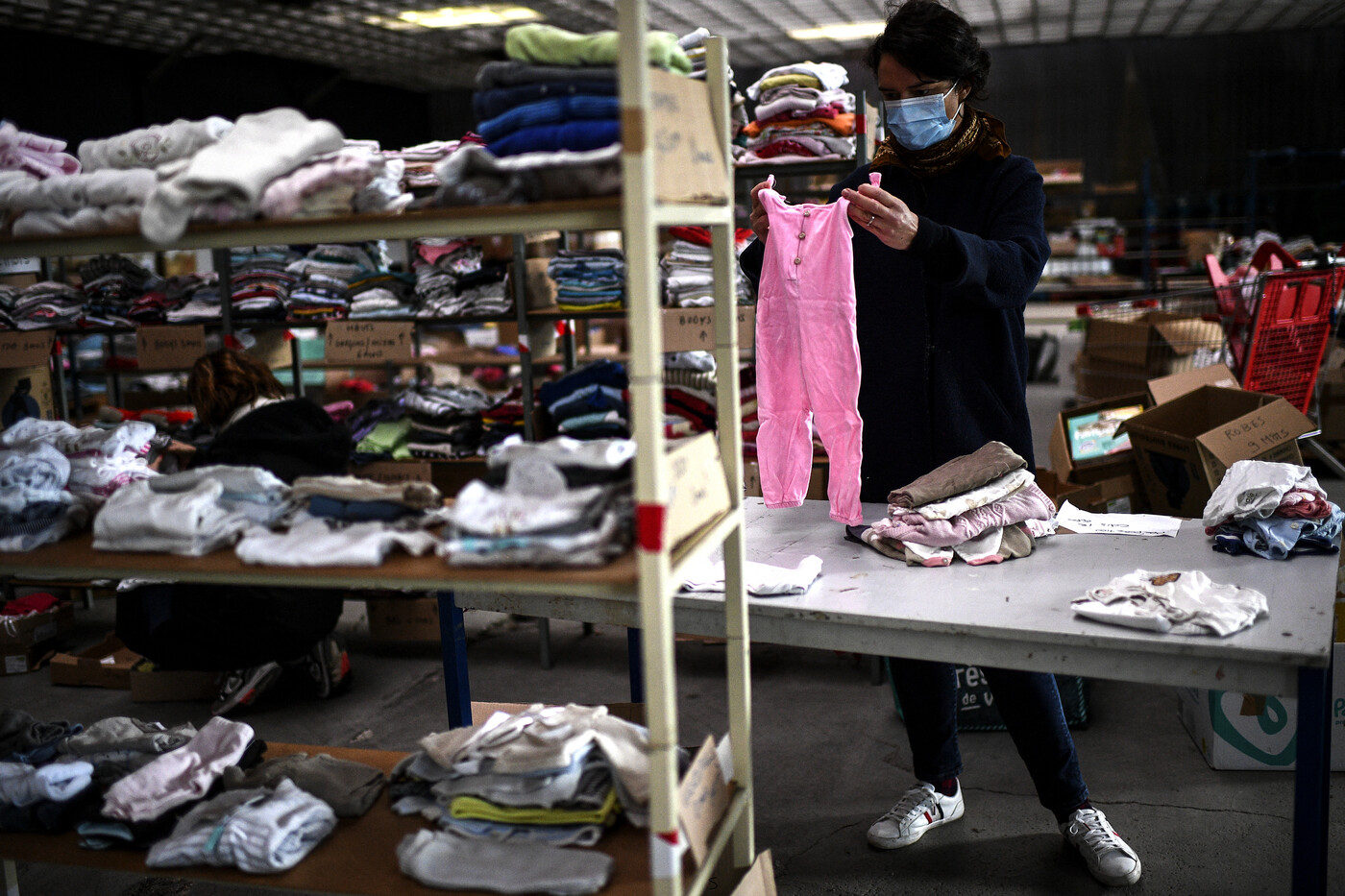 It is a shed cluttered with shelves, pallets, tables, 100% recycled. Small jars, formula, strollers, clothes sorted by size and season are stored there, around which a handful of volunteers from the Mamama association are busy, on this Sunday at the end of April, in Aubervilliers (Seine-Saint- Denis). In the aisles, there are also sofas, where young women sit with their babies. So that everyone feels a little at home, in this food aid association specially created for them.

Sadia chooses clothes for her seven month old daughter. This is the second time that she has been here, whereas it was not so long ago that she was doing. “I was a versatile administrative officer in a company”, explains the young woman who earned a living. Then the Covid happened there, just after the birth of her daughter: bankruptcy, dismissal … Since then, keeping her apartment has been a daily struggle. “My money is to pay my charges. That’s all “, she explains.

Bénédicte is also there with her nine-month-old son, who chooses a rattle. She lost her apartment several months ago. “Usually my husband works on construction sites, but there are more now. “ She is therefore lodged in a social hotel and scours associations.

→ REPORT. Covid-19: in Marseille, the most vulnerable most affected by the virus

A refugee family from Bangladesh shows up: the three children need clothes. Only the eldest, 10, speaks French. He therefore translates the questions of the duty volunteer to his mother: “Do you need baby cereal? What is her diaper size? “

Kabia, 50, accompanies them, and tells how the Covid has broken their wings. He shows his papers in order and quotes his references, tells a dream of Europe that he has almost touched. “I arrived in 2011 and I worked as a head of clerks for a great Parisian chef until 2019”, he assures. Then the restaurants closed, condemning families like hers to survival.

Bugets that turn into a puzzle

The Mamama association, which celebrates its first anniversary on May 6, is unique in its kind. It distributes food packages for children under 3 and their mothers in Île-de-France. Initially launched by three volunteers from Parisian hospitals, it quickly developed in the face of the scale of the needs.

A dazzling “success” that cannot be denied – with 5,000 families helped and 800,000€ in product donations in kind, a waiting list of 1,000 people – and illustrates how women who lived on the wire before the Covid are now victims of the crisis. “Sometimes all it takes is nothing for them to get away with it. Many, for example, made do with solidarity, or only bought second-hand. The isolation, the cancellation of garage sales and clearance sales, for example, was enough to make them plunge into the red. “

In extremely tight budgets, the birth of twins or triplets could turn into an insurmountable puzzle. “We receive a lot from these mothers who cannot buy everything in duplicate or in triplicate”, reminds the volunteer.

The profile of the beneficiaries illustrates above all the fragility of female employment. Young women who ask for help have escaped the safety net set up by the state. Either because they worked illegally, or because their fixed-term employment has disappeared or, finally, because they were paid by service employment vouchers and are therefore not eligible for partial unemployment.

A million people are affected, including a vast majority of women, whether they are childcare providers, housekeepers, etc. “They took a while on their small savings, but there is nothing left for a long time”, concludes Magali Bragard.

Frequent job loss. Of all the people in employment at the start of the first confinement, 33% of women no longer had a job two months later, against 25% of men.

Structural precariousness. “Women represent 70% of the working poor, hold 82% of part-time jobs and 62% of unskilled jobs”, noted the Economic, Social and Environmental Council in its report “Health crisis and gender inequalities” in March.

Increase in family expenses. According to a study by Unaf, 55% of families suffered an increase in their expenses during the confinement of 2020, + € 200 per month on average. 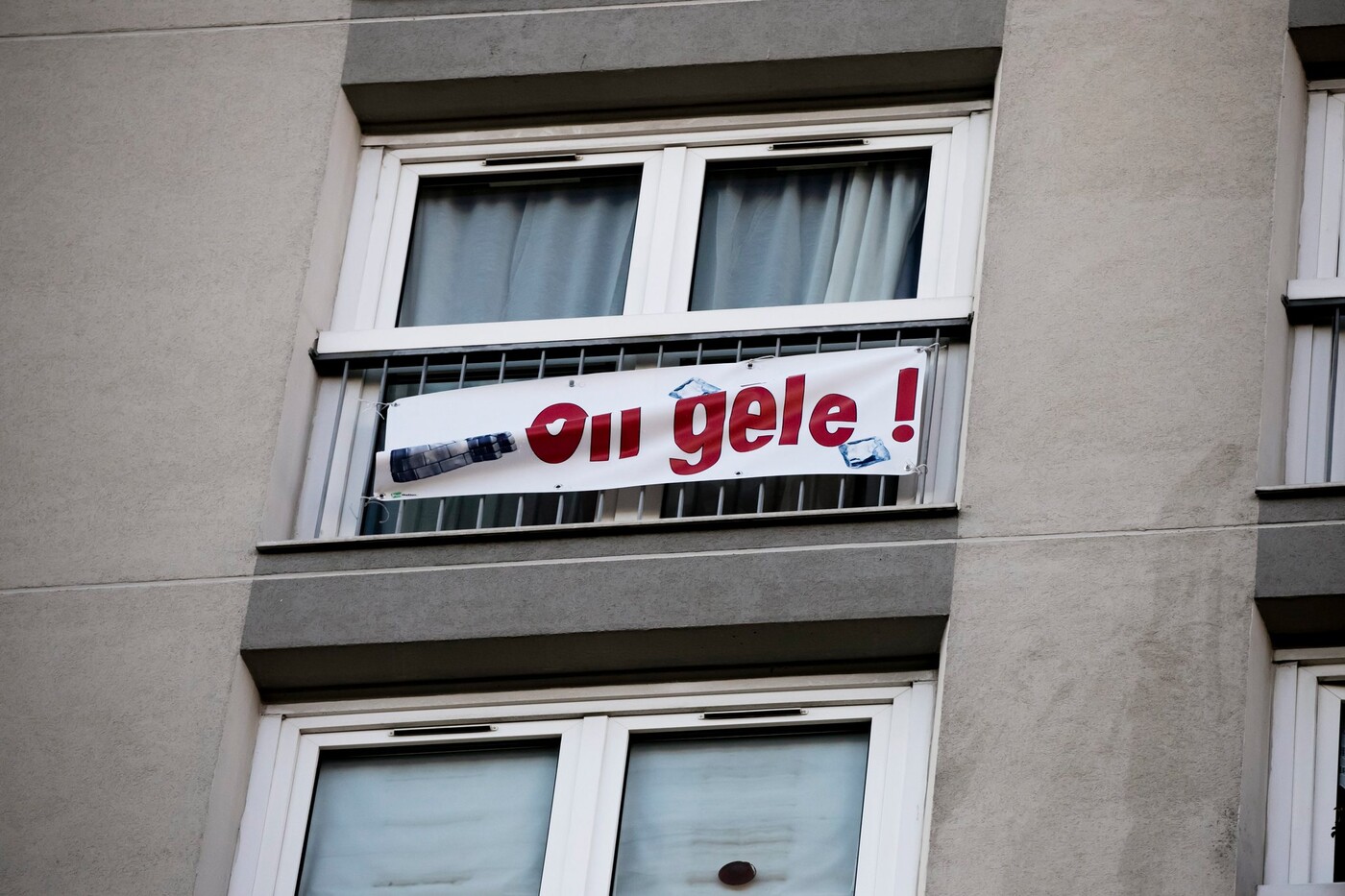