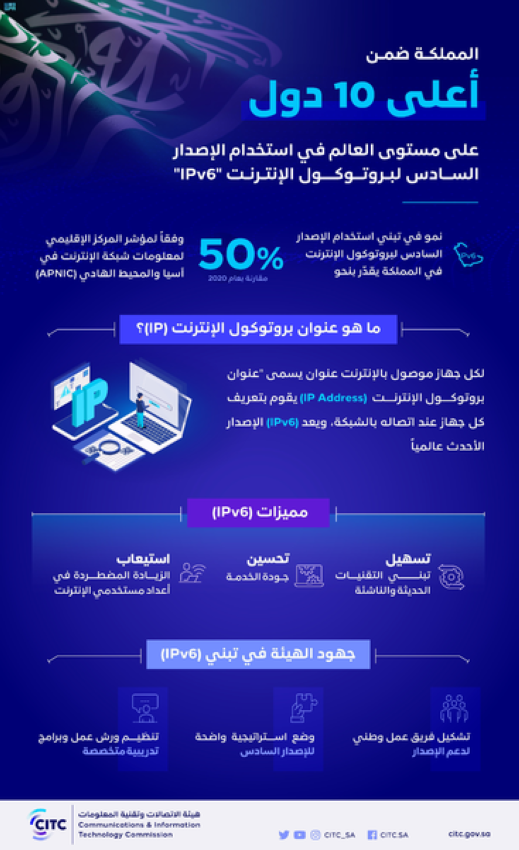 The Communications and Information Technology Commission announced that the Kingdom has entered the list of the top 10 countries in the world and the first in the Arab countries and the Middle East region in using the sixth version of the Internet Protocol (IPv6), after achieving a growth in the adoption of its use estimated at 50% compared to last year 2020, according to Asia Pacific Regional Internet Information Center (APNIC) Index.

Version VI is the latest version of the Internet protocols globally, and is characterized by more efficient packet and data handling, in addition to introducing a number of improvements to increase performance and security for Internet users.

The authority explained that the noticeable growth in the adoption of Internet Protocol Version 6 in the Kingdom began in the second quarter of 2020, after the success of the trials of activating this version on the mobile phone network, noting its efforts to prepare a clear strategy for the adoption of Internet Protocol Version 6 and its keenness to raise awareness of its importance And urging its adoption by the relevant authorities to improve service quality and adopt emerging technologies, which come in line with the strategic transformation in the authority’s role as a digital regulator.

The authority also indicated that the achieved rank demonstrates the maturity of the information technology infrastructure in the Kingdom, and came after the formation of a national task force (IPv6 Taskforce) that included a number of government and private agencies, with the aim of exchanging experiences and unifying efforts to achieve strategic goals to support the adoption of this version in the Kingdom, noting its organization For a number of workshops, conferences and training programs presented by local and international specialists in the sixth version of the Internet protocol, in addition to its keenness to follow up the plans of licensed operators to activate this version for all Internet users in the Kingdom.

The authority called on government and private agencies to activate this version in the electronic services available to take advantage of its advantages, as part of its role in supervising the Internet in the Kingdom and its adoption of modern technologies, noting that the authorities can use the guide issued by the authority to support and enable the sixth version of the Internet protocol available through its website. mail. 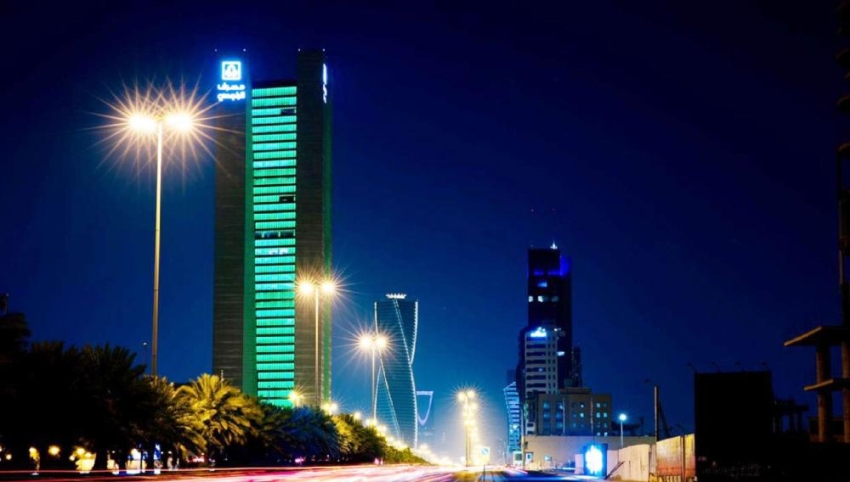 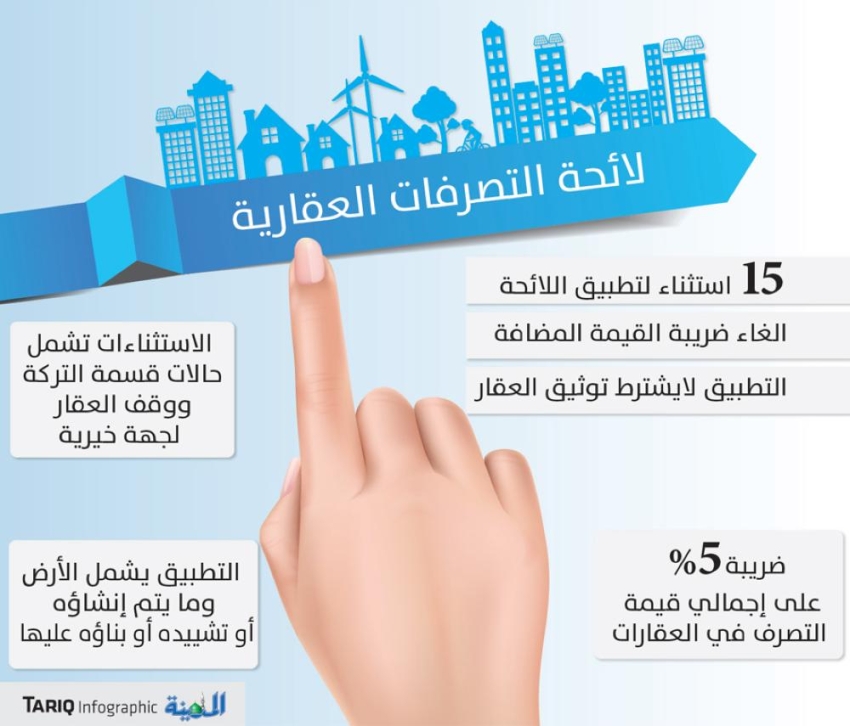