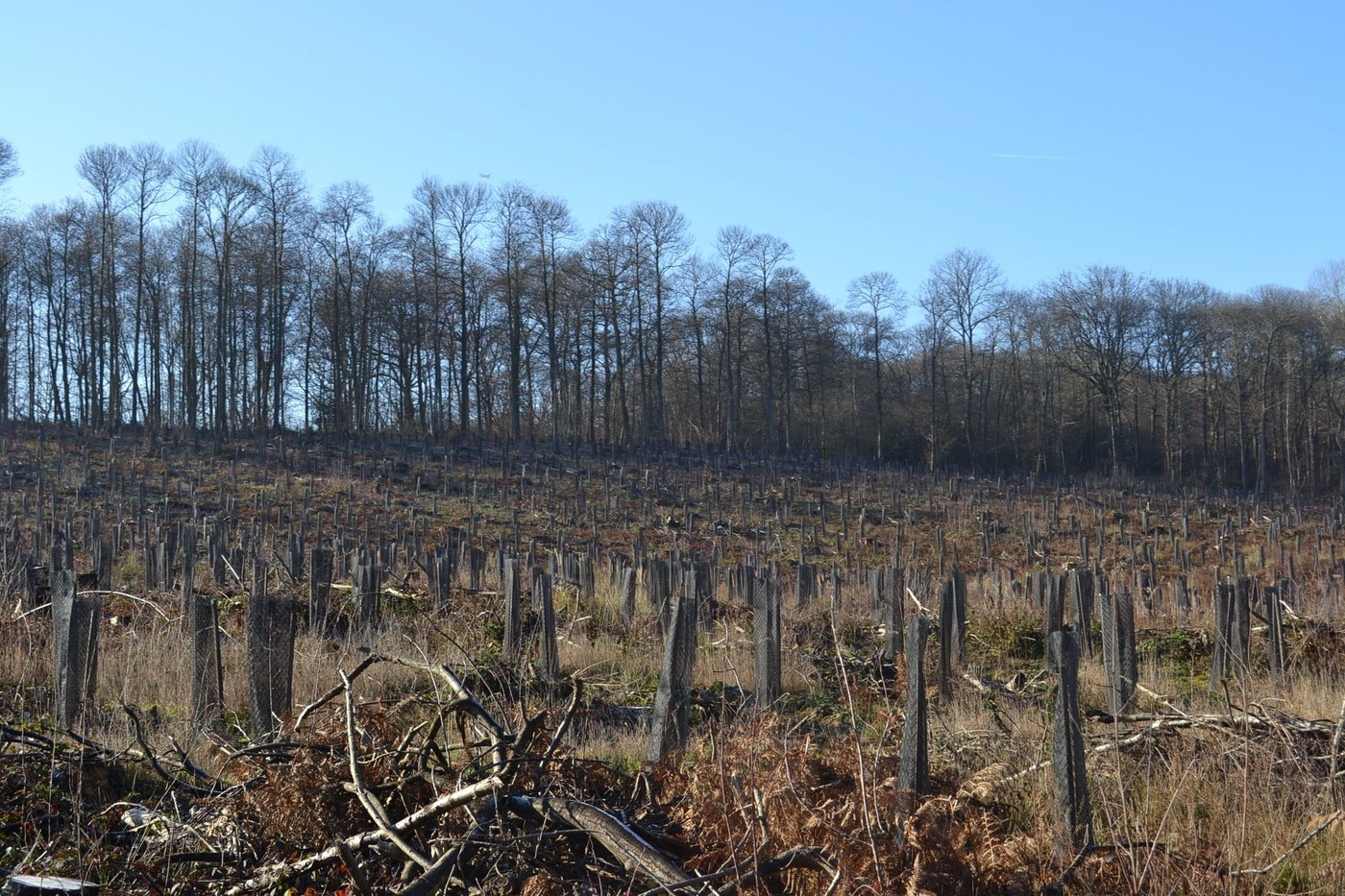 The harvester is at work in the Montmorency forest (Val-d’Oise). Camped on his eight wheels, the executioner with the flexible neck seizes a chestnut tree, which he cuts before making it slide between his jaws to limb it and cut it into logs, immediately spat out. The execution lasted a minute. The next victim, already in the monster’s mouth, collapses with a sharp crackle.

The proud chestnut trees, which once provided stakes and stakes for the vines of Parisis, are falling like dominoes. Here, the National Forestry Office (ONF) does not make quarters. On plots affected by ink disease, clear cuts are needed to curb the epidemic which is galloping, necrosis of the roots.

“It’s a silent storm, laments Michel Béal, director of the ONF for the west of Île-de-France. The first ravages of ink were detected here in 2014. Since then, around 100 hectares have had to be razed and replanted. Ultimately, a quarter of the massif could be affected ”.

Appeared in France in the 19th century, this pathogen, vulnerable to frost, thrives with global warming. “It’s a dynamic that we cannot control. In 2018, the Montmorency forest had to be classified as a health crisis – a unique case in Ile-de-France – to speed up its management plan and replant more resistant species ”, emphasizes the forester.

A patchwork sewing work, where young plants of oaks, cherry trees or alis trees, carefully swaddled against the voracity of the deer, come to repopulate the decimated plots.

The ink now spreads in tablecloths to the chestnut trees of Anjou, Cévennes or Dordogne. And this is far from the only evil that is on the rise in metropolitan forests. In public forests alone (a quarter of the French forest), 300,000 hectares show significant dieback, or 7% of their area.

It is not all about warming, but it often seems to be involved, when it has long been seen as beneficial to tree growth – as is the increase in CO2 or nitrogen levels in the atmosphere. This doping cocktail has allowed the French forest, with the agricultural abandonment, to double its surface for two centuries.

Alas, this beautiful era seems over. At the forest inventory laboratory of the National Institute of Geography (IGN), Clémentine Ols analyzed from tree rings the effects of warming on 16 coniferous forests, from 2006 to 2016. Results: 13 of them have saw their growth decrease. And across the entire panel, the average drop reached 22%! The conifers, which suffer the most, are found in plains, yesterday heavily watered. These spoiled children, who have grown up quickly, are thirsty by the rising temperatures.

However, very hot summers are repeated, with increased intensity. Over a large north-eastern quarter, the summer of 2018 was the hottest for half a century, followed by two other dry summers in 2019 and 2020. A black series that resulted in “ awareness among foresters of what lies ahead and the need to adapt ”, notes Frédéric Delport, head of the forest health department (DSF) at the Ministry of Agriculture.

Spruce is the most affected, with nearly 40,000 hectares in decline in the Grand Est and Franche Comté, especially in the plains where this mountain dweller has been imprudently planted. A beetle, the bark beetle, has been wreaking havoc there for three years, taking advantage of trees weakened by water stress. “Usually, this insect rather attacks windfall, because healthy subjects defend themselves by covering it with resin “, explains Frédéric Delport. A race against time has started between the pest and the foresters who are trying to cut down and get out of the infested woods as quickly as possible before the disease spreads.

The silver fir also suffers from attacks by bark beetles, for example, in the Vosges where certain massifs are colored, as an alarm signal. As a direct consequence of recent droughts, “ the reddening of Scots pine is also increasing in France, in the plains (…) strongly marking the landscapes “, notes the latest DSF bulletin, dated July 2020.

Hardwoods, a priori more resistant because they require less water, are no longer spared. We have seen it for the chestnut trees. Beech, this prince of the French forests, could be next on the list. “In the spring of 2019, in the east of France, significant and even complete drying out of trees appeared, the trees have little or no bud break, a phenomenon completely unknown to this day”, indicates the DPS.

At the Institute for Agronomic and Environmental Research in Nancy, Nathalie Breda is worried: “ Usually the beech recovered very quickly. There, we wonder if he has not reached a tipping point. The insects get involved. And it is its whole ecosystem that could be unbalanced ”.

Oaks are proving to be more resilient in the face of global warming. “ However, in some forests with poor and acidic soils, such as those of Sarrebourg and Mulhouse, that of Tronçais in Allier or Vierzon in Sologne, many oaks are degrading and seeing their growth affected. “, observes this research director at the University of Lorraine.

→ INVESTIGATION. The delicate balance of the French forest

With its 14,400 hectares of oaks and beeches, the forest of Compiègne, the third French national forest, is the bitter experience. Located on sandy soils that retain little water, it sees 30% of its stands wither. “The fastest damage occurs in beech, oak has more inertia. Some, over a century old, have died since 2000, but there it is accelerating, oaks of 40 to 50 years are weakened “, notes Bertrand Wimmers, director of the ONF Picardie.

At issue: the succession of very hot summers and the chafer, whose larvae have been thriving since 2015 in dry soils and devouring the roots. Two-thirds of the forest is now infested, as in Chantilly …

“ This crisis forces us to react. By introducing more southern genotypes of oak or beech, also by diversifying our management methods and species. We will test here about fifteen “exotic” species such as Atlas cedar or Hungarian oak in islands of the future ”, confides this enthusiast, convinced that “ the forest in France will last but with a radically changed face ”.

The forest today covers 16.9 million hectares in France (30% of the territory) and 8 million in Guyana. In metropolitan France, after having declined sharply, it has doubled in area from 1820 to the present day.

The proportion of deciduous trees remained stable at around 64%, gaining on neglected agricultural land alongside large plantations of softwood. The wood stock jumped 200% from 1912 to 2012. Today, in fact, only half of the annual biological increase is removed.

However, explains Jean Daniel Bontemps in the forest inventory laboratory at IGN, “ Since 2013, declines in the natural productivity of forests have been observed, particularly on conifers and Mediterranean species such as downy oak. We are at a pivotal period between a 20th century when all hopes were allowed and a much more uncertain 21st century. “. 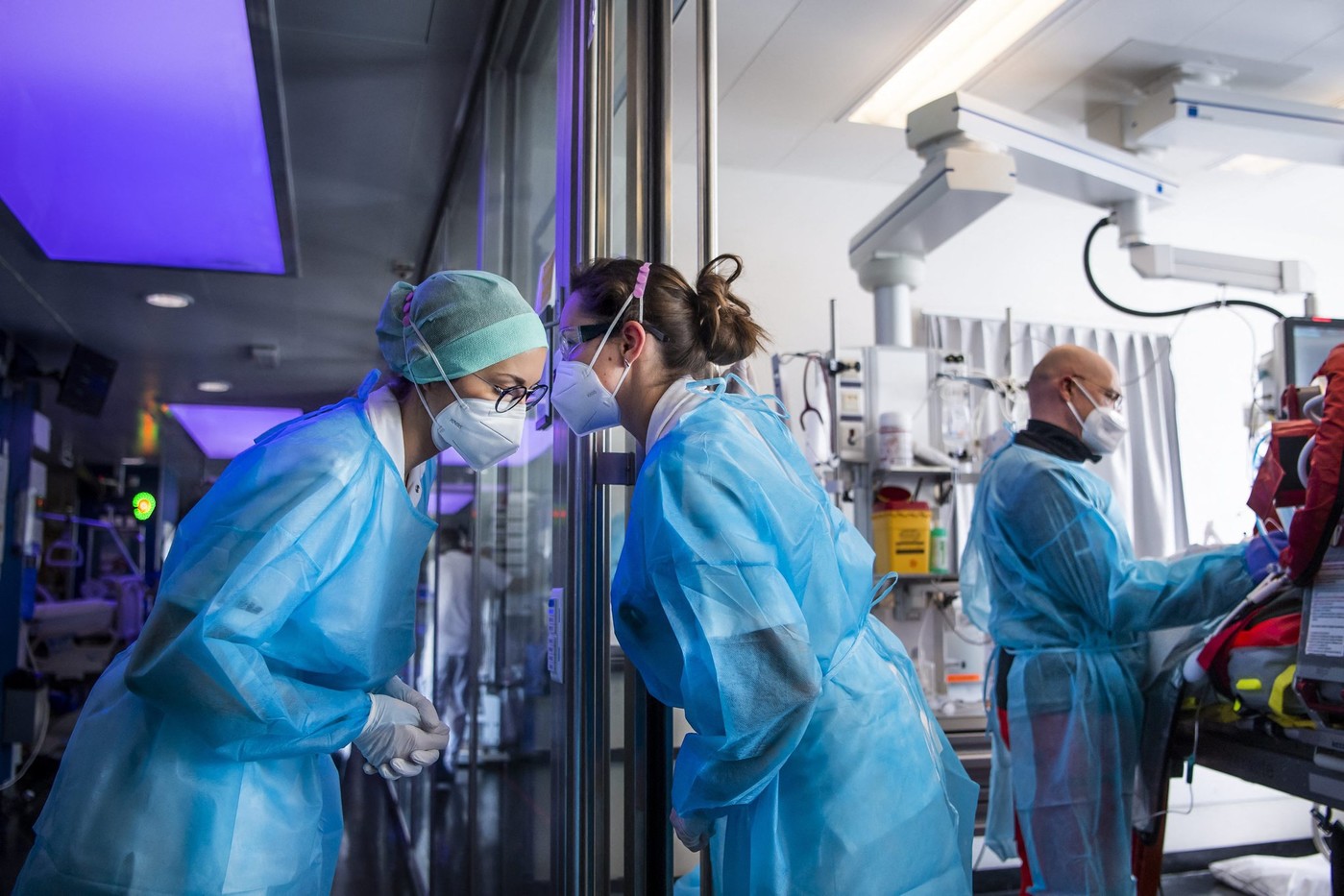 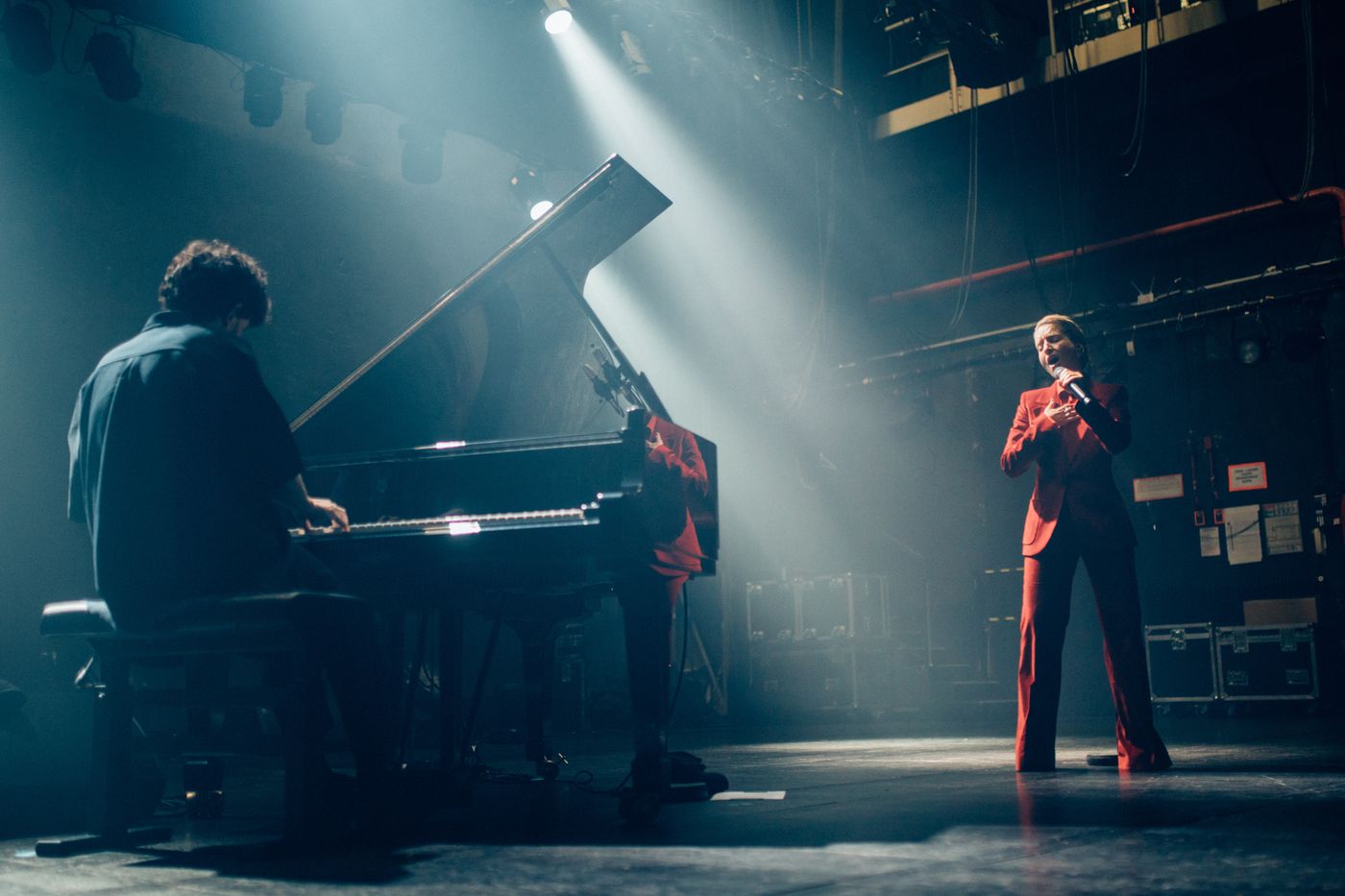