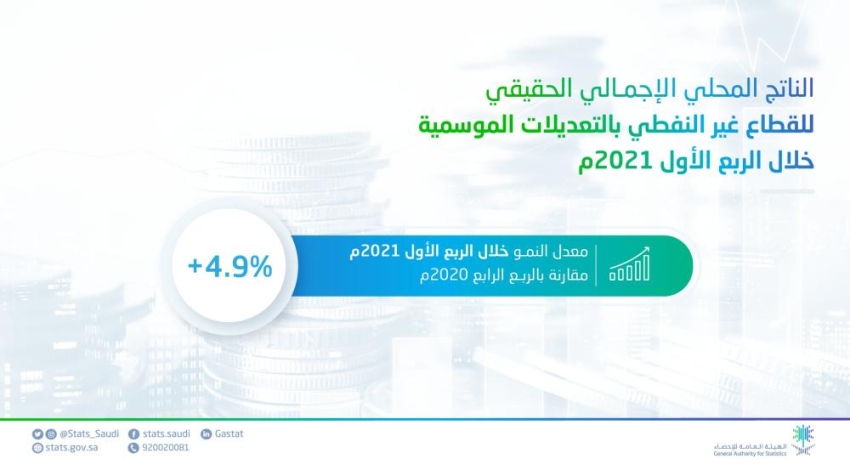 The General Authority for Statistics revealed that the non-oil sector’s GDP grew by 4.9% during the first quarter of this year, this came in its quarterly bulletin on GDP and national accounts indicators for the first quarter.

On the other hand, the Kingdom’s seasonally adjusted GDP witnessed a decline of 0.5% in the first quarter compared to the fourth quarter of 2020 AD – on a quarterly basis, due to the decrease in the growth rate of the oil sector by 8.7%, while the non-oil sector recorded a positive growth of 4.9%, As a result of the positive growth achieved by the private sector by 6.3%, as well as the growth in the government sector by 1.7%.

It is noteworthy that the National Accounts Indicators Bulletin is issued by the General Authority for Statistics on a quarterly basis, and it includes tables on GDP by economic activities and regulatory sectors at current and constant prices, and the contribution of organizational sectors and various economic activities in it, in addition to spending aspects such as government consumption spending, private consumption spending, and training. VC, exports and imports.

The Kingdom is counting on raising revenues away from oil to one trillion riyals by 2030, in light of the continuous efforts to expand the production base to include industry, tourism and logistics services. Its contribution to the GDP is 65%.

Indicators of the Saudi economy

– 8.7% decrease in the growth of the oil sector

– 140 billion riyals, the expected deficit by the end of the year

– 7 billion riyals, the deficit in the first quarter

Increasing the contribution of the private sector to 65% 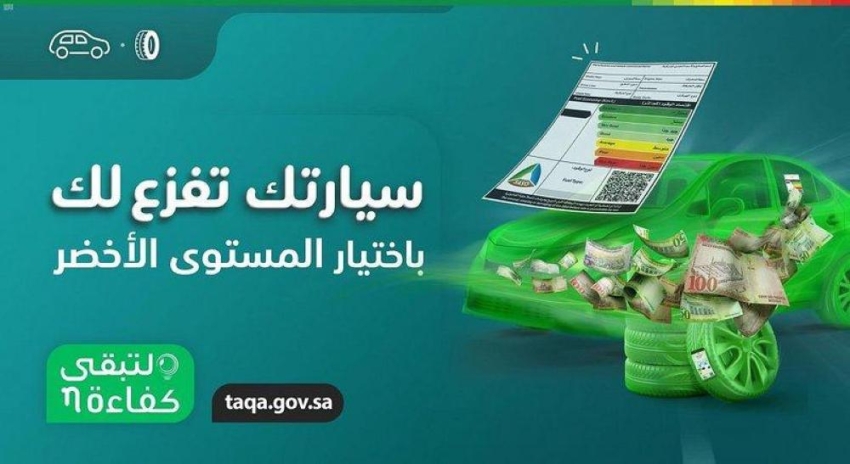