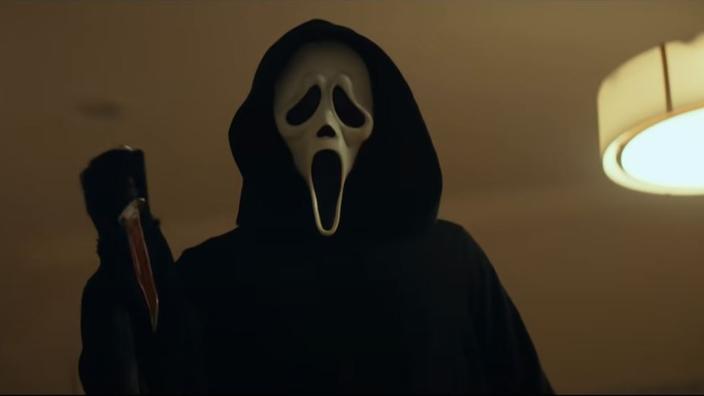 Twenty-five years after the original film and ten years after Scream 4, the masked killer Ghostface takes aim at a group of teenagers. Neve Campbell, Courteney Cox and David Arquette are back in their respective roles. In theaters January 14, 2022.

We take the same and start again. Neve Campbell, David Arquette and Courteney Cox, the iconic trio of Scream, have goose bumps again. The latest film in the franchise has just unveiled its trailer. Twenty-five years after the series of murders in the quiet town of Woodsboro, California, a new killer attacks teenagers. Besides the Ghost Face mask, the individual seems to follow his predecessor’s modus operandi to the letter. In France, the film will be in theaters from January 14, 2022.

Young actors join the original cast. Among them, Dylan Minnette (Don’t Breathe), Melissa Barrera (Where we come from) as well as Jenna Ortega (You ) and Mason Gooding (Love, Victor) become the potential targets of the serial killer. This is the first installment of the horror series not to be directed by Wes Craven, who died in 2015 from a brain tumor. Matthew Bettinelli-Olpin and Tyler Gillett, directors of the horror comedy Ready or Not, take over.

Eager to keep the plot a secret until its theatrical release, screenwriter Kevin Williamson took precautions. When writing Scream 2, a draft script had leaked, forcing last minute adjustments to alter the film’s ending. For the next installment, there are several scenarios and various versions of the film. “With the aim of confusing the fans who wish to spoil the final product”, reports the media Bloody Disgusting .

Scream 5 by Matthew Bettinelli-Olpin and Tyler Gillett, in theaters January 14, 2022. 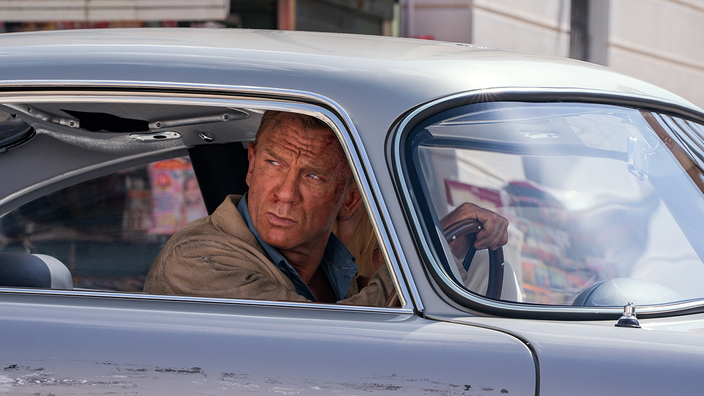