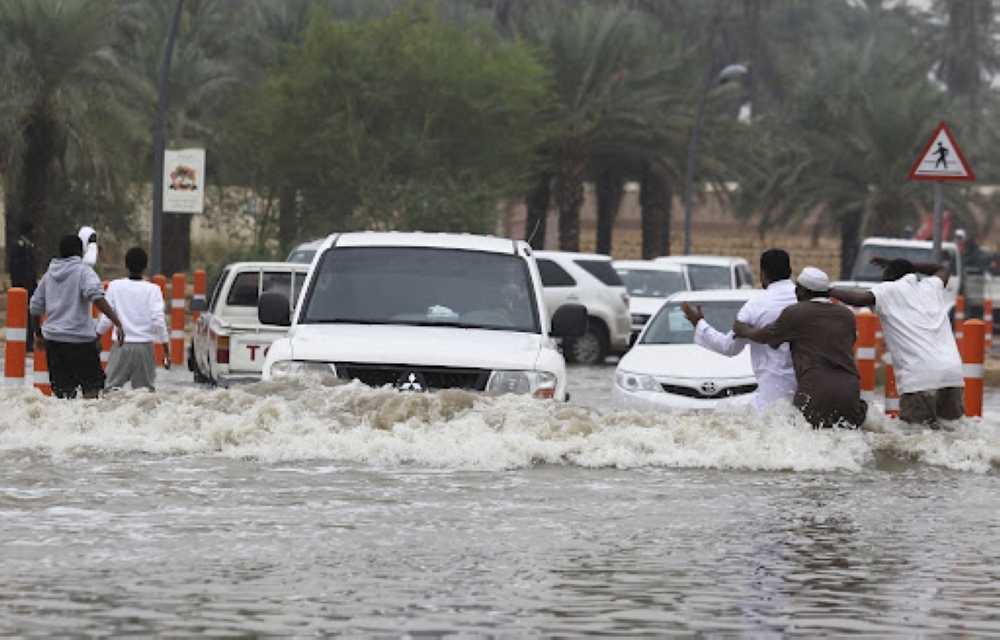 “Pray for fear” .. a saying that has prevailed for a long time, carrying with it a lot of omens, indicative of responding to distress, social solidarity and the provision of help and assistance, which reflects an image of a cohesive and cooperative society in which each individual grants to meet the needs of the other individual.

However, this beautiful poetic image has recently begun to deviate from its well-known traditional intentions, and many people have become involved simply because of their uncalculated fear in a time when souls have changed, and the wheat is crowding out the fat, and the bad currency is almost expelling the good from the market.

Al-Fazaa means the initiative and hastening to respond to distress, which indicates the humanity of the individual and his deserving of respect.

The fear takes many forms, including the fear of saving lives, which is the most appreciated fear, as many Saudis did in many flood incidents, and it is an appreciation that is humanly appreciated regardless of the nationality and identity of the fear, which is what was found, for example, by Pakistani Farman Ali Khan, who rescued 14 people during the 2009 Jeddah flood disaster.

Including the fear of releasing a forced captivity, as in the story of the Amorite woman who sought help from Al-Mu’tasim from the Romans after she fell into captivity, so he moved an army to save her.

Including panic to guarantee a debtor, or help a colleague at work, or intervention to resolve a quarrel, or panic to help another country, or a distressed people, to the last of its non-stop forms.

Saudi society in general has been keen to perpetuate the importance of fear, and consider it a noble value inherited from ancient times, strengthening solidarity and cooperation, instilling in the souls the spirit of help to support the oppressed and provide a helping hand.

The Arabs knew the value of fear in the past, so their tribes supported some other tribes, using the fastest types of camels and horses to help their brothers.

In the book (Jewels of Literature), a story is mentioned that “a man who owned a rare and famous mare in the city, a man called Rabee came to him wanting to buy it at any price, but the owner refused to sell it, and after Rabea gave up, he disguised himself once outside the town and stood in the way of the owner of the horse disguised as Like a poor man unable to walk, the owner of the horse took pity on him and came down to carry him on his horse. When Rabee managed to get the horse back, he took it away from its owner, then stopped and took off the veil from his face and called the owner of the horse, announcing that he had won it without a price, when the owner of the horse knew that he had been betrayed. With him he said to him: Are you a spring? He said: Yes, I am Rabi’. He said: Hear a word from me before you go. He said: Say. He said: Do not tell people what happened. He said: Why? He said: lest chivalry go away among the people. He replied, “You overcame me.” So he returned his horse to him.

But that story, in which one of the parties feared that chivalry would go among people if fear was misused, seemed – although it was written hundreds of years ago – as a prediction of what is happening now, when fears have become the involvement of their owners, and their dilemmas have become a regular, recurring tradition, Bring matters to the point of warning of its consequences.

Trouble with a friend

At a time when he was motivated by enthusiasm to help a friend of his, he did not expect to be involved in a financial accountability that made him pay the price for that dismay, which he considered a curse on him.

This is how Ahmed Saleh, an employee in a company, adds the matter that he has experienced for a while, and says, “A colleague used me to guarantee him with a financing institution to obtain a personal loan of 100,000 riyals, and due to the long ten years between me and this friend, I did not think much about the consequences, and immediately took the initiative to agree.” on bail.”

He added, “After 3 months passed, I was surprised by a call from the financial institution asking me to pay the amount on behalf of my friend because he had not paid his late installments, and after asking them to contact this friend, I was surprised that he did not respond to their calls, which prompted them to ask me to pay as the guarantor.”

He continues, “I tried to contact this friend, but he changed his contact numbers, and when I went to him personally and met him to convince him to pay the late payment to the financial institution, he refused to pay, and things have now reached the court and I am still waiting for the case to be decided.”

As for what happened to one of the young men – he preferred not to mention his name – it is something that mixes between laughter and amazement, his story began when he was at a petrol station, and in the meantime a violent quarrel broke out between two young men, and he was immediately terrified to break it up, but a number of cars arrived At that time, its drivers and passengers participated in the quarrel that expanded its circle, and things developed into one of its parties using a firearm, and immediately everyone dispersed, and this young man found himself in the car of one of the quarrels, which departed speeding, with a group of quarrel companions who came to frighten him, and after he The car traveled a distance of half an hour, and its passengers calmed down, one of them turned to him and asked him about his identity, and how he came with them when they did not know him. He was the closest to him, and that his car was still at the station, so they had no choice but to stop their car and take him out of it, and he had to travel that half an hour back to get to his car, and after this situation he made a promise to himself that he would not panic anyone after that.

Your job is up

Muhammad Abdullah, an employee in one of the institutions, points out that he was suffering greatly from the pressure of work in his institution, and that every time he met one of his friends, the latter would delude him that he would “frighten” him with a government job in which he would find comfort and job security. That he would compensate me with what is better than the institution in which I work, which prompted me to resign, and after I did and went to him asking him to fulfill his dread and to hire me where he claimed, I was surprised that the dreads involved their owners and the involvement of others, as this friend was satisfied that he was unable to find a job for me Thus, I lost my job as a result of an unsuccessful panic.”

The Jordanian Dar al-Iftaa says in the issue of a promise that results in harm to the promised, that “the legal principle is that a mere promise does not have to be fulfilled, but if it is associated with an obligation or is dependent on a reason that must be fulfilled.”

The International Islamic Fiqh Academy issued Resolution No. (2/5, 3/5) in which it says: “A promise – which is issued by the one who is commanded or commanded individually – is binding on the one who promises, except for an excuse. It is binding on the judiciary if it is dependent on a cause, and the promised is included in the cost of the result of the promise, and the effect of the obligation in this case is determined either by the implementation of the promise, or by compensation for the damage actually caused by the failure to fulfill the promise without excuse.

If the one who promises at that time breaks his promise, and the one who is promised is harmed because of that, the promiseer must pay the amount of the actual damage incurred by the promised. The Messenger of God, may God’s prayers and peace be upon him, said: (No harm, no harm).

Legal Adviser Abdul Rahman Al-Harbi confirms that from a legal point of view, it is necessary for those who initiate to panic another to obtain legal guarantees to avoid the consequences of his panic. Restitution of his right to him, as if he was keen to take a written pledge and in the presence and signature of witnesses who testify that he lent the alarmed amount of money, as well as in the case of some donating to scare the other on bail, unfortunately, it began to be exploited by many in a bad way, as the fearful sponsor falls victim to it, as a result of his panic imposed on him Either kinship or friendship, and as soon as the other is guaranteed, the guarantor initiates the delay in payment, and the guarantor enters into legal issues and gets involved in many problems that did not occur to her that they might occur, and in all cases it is necessary to guarantees that preserve the rights of the distributor in a manner determined by himself, whether It was by taking guarantees that did not involve him in legal issues, or knowing the type of fear he was dealing with, or what kind of service he provided to others, and the reason here must be invoked before his passion implicates him and puts him under the weight of issues that he has nothing to do with.

Psychologist Naglaa Al-Braithan believes that panic is one of the things that our society has known, and it is one of the most important pillars on which its members depend for help, whether material or moral. At that time, it was one of the well-known matters, and it is a beautiful trait that the Islamic religion urged on the basis of solidarity and solidarity, but through what we hear and see, and from the fact that some panics are not in their place and become a disaster for its owner, so it is necessary not to be confused Between positive panic and negative panic that may destroy a person, so we must know the person who frightens us well? What is his case? And is he really worth the panic or not? There are many families that set family boxes out of fear for their members, but who My opinion is that there must be criteria and a study of the type of fears, for example, the fear of marriage and helping a man to complete half of his religion is a good thing, and in this way we measure. Clever”.

A good quality that means initiative and haste to respond to distress.

It takes many forms, including panic to save lives, break families and pay off debts.

Including bailing out a debtor, helping a co-worker, or intervening to settle a quarrel.

It is a noble value inherited from ancient times.

It has undergone serious changes recently.

The frightened has become involved in the fearful in many cases.

Questions to ask before panicking a person.

A good acquaintance with the person who freaks us out?

What is his case?

Is it really worth the panic or not?

Has anyone ever scared him, and what was the result? 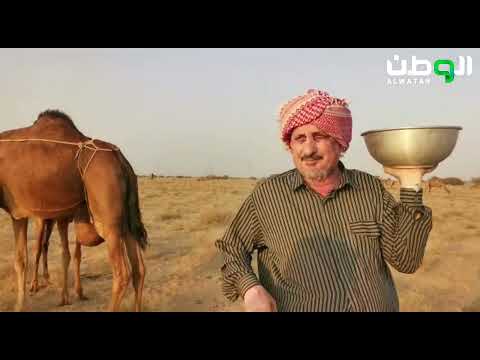 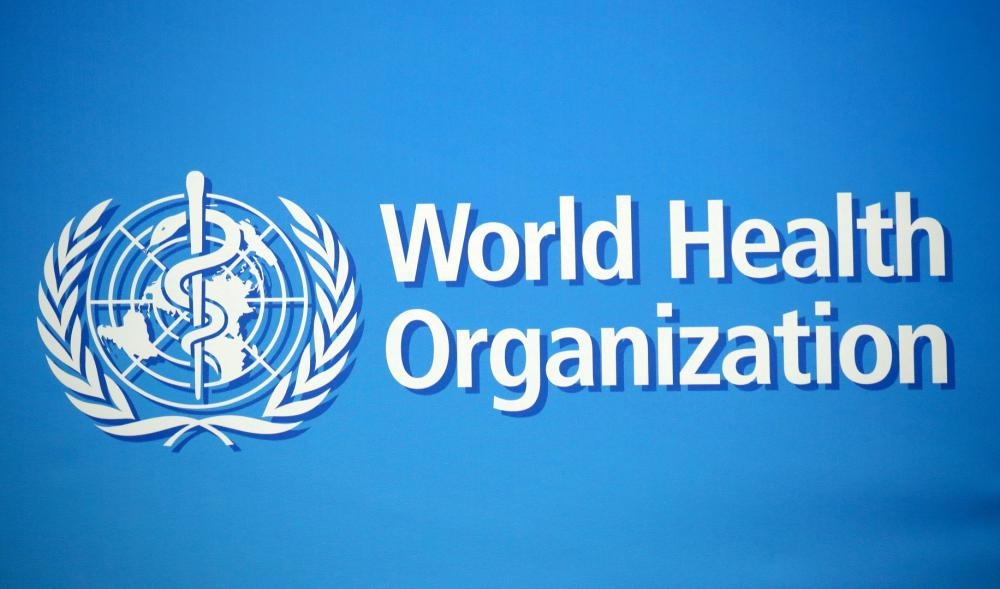