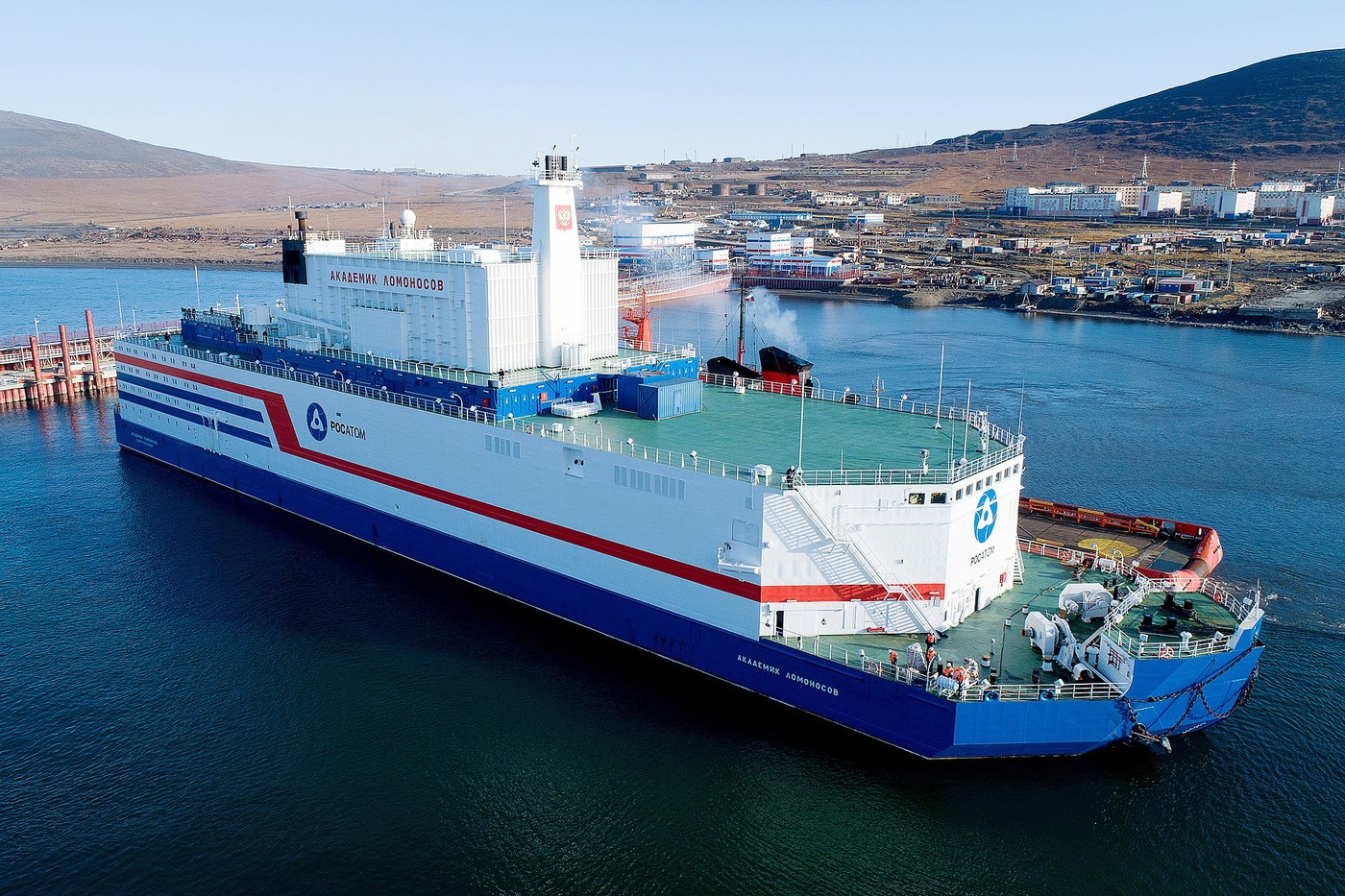 Small nuclear reactors (less than 300 MW) installed everywhere on the outskirts of cities, near industrial zones or in very isolated places to supply electricity and steam: a disaster scenario for some; the only way to fight against global warming for others.

In any case, it is no longer science fiction. An SMR, according to the English acronym for small modular reactor, has been operating in the East Siberian Sea since May 2020. Two 35 MW reactors have been installed by the Russian Rosatom on a barge 30 meters wide and 144 meters long, near the port city of Pevek. TheAkademik-Lomonosov, the world’s first floating nuclear power station, is intended to replace an old oil-fired power station.

The Chinese have also embarked on projects for 60 MW reactors to supply their military bases in the South China Sea. In Canada, several provinces are working on the installation of SMR in mining towns. In Finland, small reactors could be used for district heating, which still comes half from fossil fuels.

On the industrial side, it’s a fair for projects, at least on paper. The International Atomic Energy Agency (IAEA) already lists about fifty. The big traditional operators are in the running, like the Russian Rosatom, the Chinese CGN, or the American Westinghouse, but also start-ups financed by private funds, which is rather new in the sector. Bill Gates, the founder of Microsoft, has thus invested in Terrapower, which works on a reactor consuming its waste.

According to the OECD, at least 10% of new nuclear capacities put into service by 2035 could be occupied by SMRs. “They would make it possible to replace coal and gas power stations, to meet needs where there is no network, but also to desalinate seawater and produce carbon-free hydrogen for industrial use” , explains Jean-Michel Ruggieri, responsible for the SMR program at the French Atomic Energy and Alternative Energies Commission (CEA).

But these arguments are not unanimous. “Except for a few special cases, SMRs will arrive on the market too late, while the price of renewables continues to drop”, judge the physicist Bernard Laponche, member of the Global Chance association.

Most of these projects are still in the concept stage. A few are more advanced. This is the case for the American NuScale, which obtained, at the end of August, the approval of the American Safety Authority (NRC) for the design of its small 60 MW reactor, the last step before its construction.

The company, financed by the engineering group Fluor, expects the commissioning in 2028, in Idaho, of a first power station composed of 12 reactors, placed end to end, on behalf of Utah Associated Municipal Power Systems, a public structure that supplies electricity to some 40 municipalities in six states in the American West.

France is not left out. The government’s stimulus plan provides for a budget of 170 million euros for the development of Nuward, a 170 MW reactor, which would be built in pairs.

Several dozen engineers are already working on this project led by EDF, CEA, Naval Group and TechnicAtome. A first demonstrator is planned for 2030. “We are mainly targeting exports, in particular for the replacement of thermal power stations”,

says Renaud Crassous, in charge of the Nuward project, at EDF. The French consortium is in discussions with Westinghouse for technical and commercial cooperation, which would notably make it possible to go faster in obtaining operating licenses in North America.

Like the floating barge from Rosatom, NuScale or Nuward, the first SMRs to emerge are based on systems already proven in large reactors. “There is no such thing as a technological breakthrough. The innovations are mainly in the compactness of the installations which is inspired in particular by what we know how to do in naval nuclear propulsion ”, says Benoît Desforges, director of development and strategy at TechnicAtome, a company that has long been used by the French navy.

The Nuward tank would thus only be 4 meters in diameter and 13.50 m in height, inside a metal enclosure, itself housed in a swimming pool. Equipped with a passive safety system, the cooling of the core would be done without external intervention or emergency mechanism, as for current reactors.

The objective is also to limit costs by manufacturing as many parts as possible.. “Until now, the nuclear industry has been in a race for power so that the additional megawatts obtained will lower the price of electricity. With SMR, the logic is different. The savings are made as early as possible by series effects ”, explains Nuward’s boss.

This standardization process with modules manufactured in the factory and assembled directly on site is one of the key elements for the success of these small nuclear reactors. It is also a gamble for manufacturers, who are unable to control the costs of their current large models.

Another argument in their favor is increasingly appearing in the debate. “Global warming and the States’ difficulty in respecting the Paris Agreement are changing the situation. Everyone realizes that we must act quickly and that we will not be able to do without nuclear power anytime soon ”, believes Christian Jeanneau, vice-president of the engineering group Assystem. He cites countries like Australia or Indonesia that could replace their old coal-fired units with SMRs. 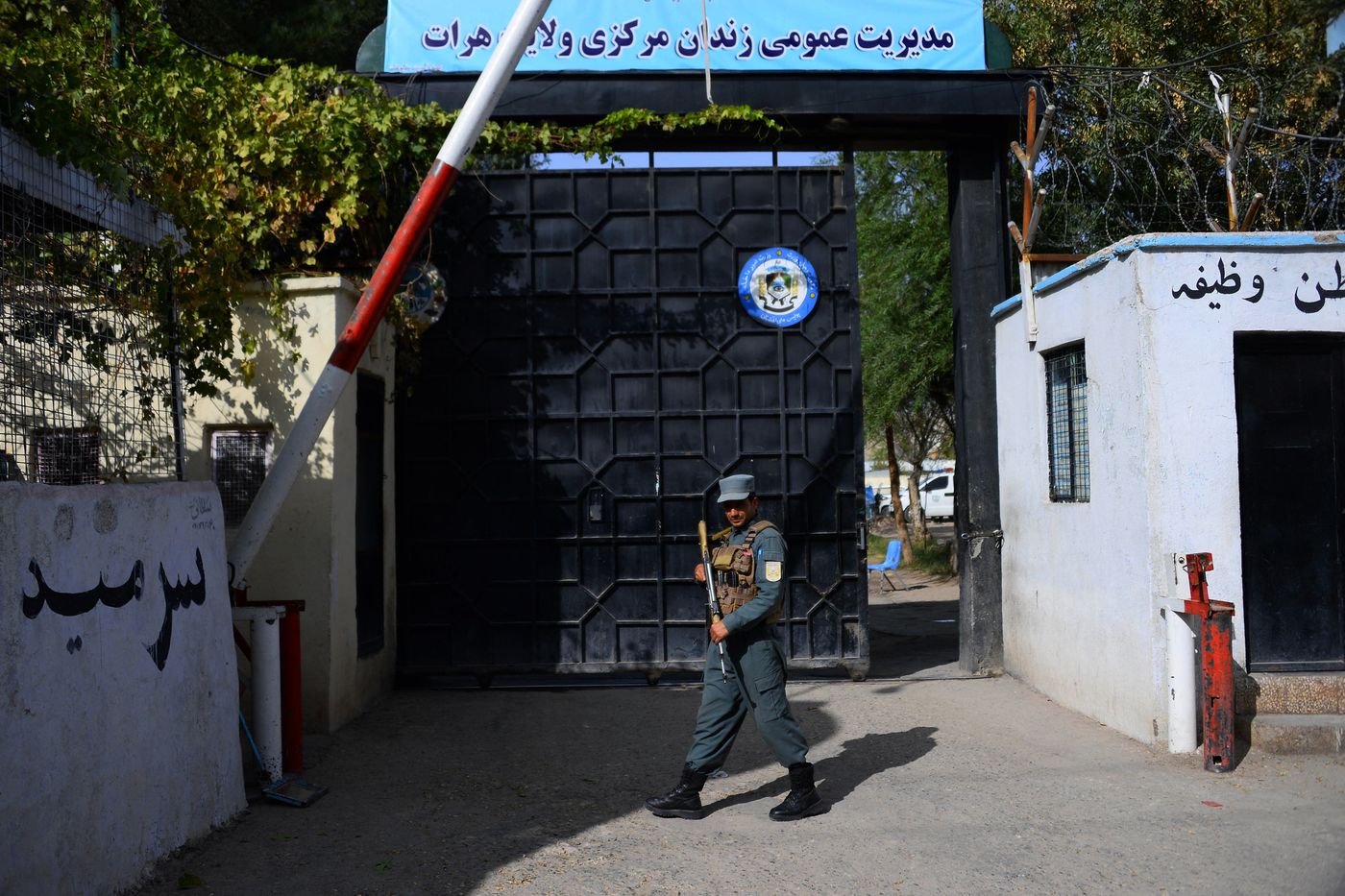