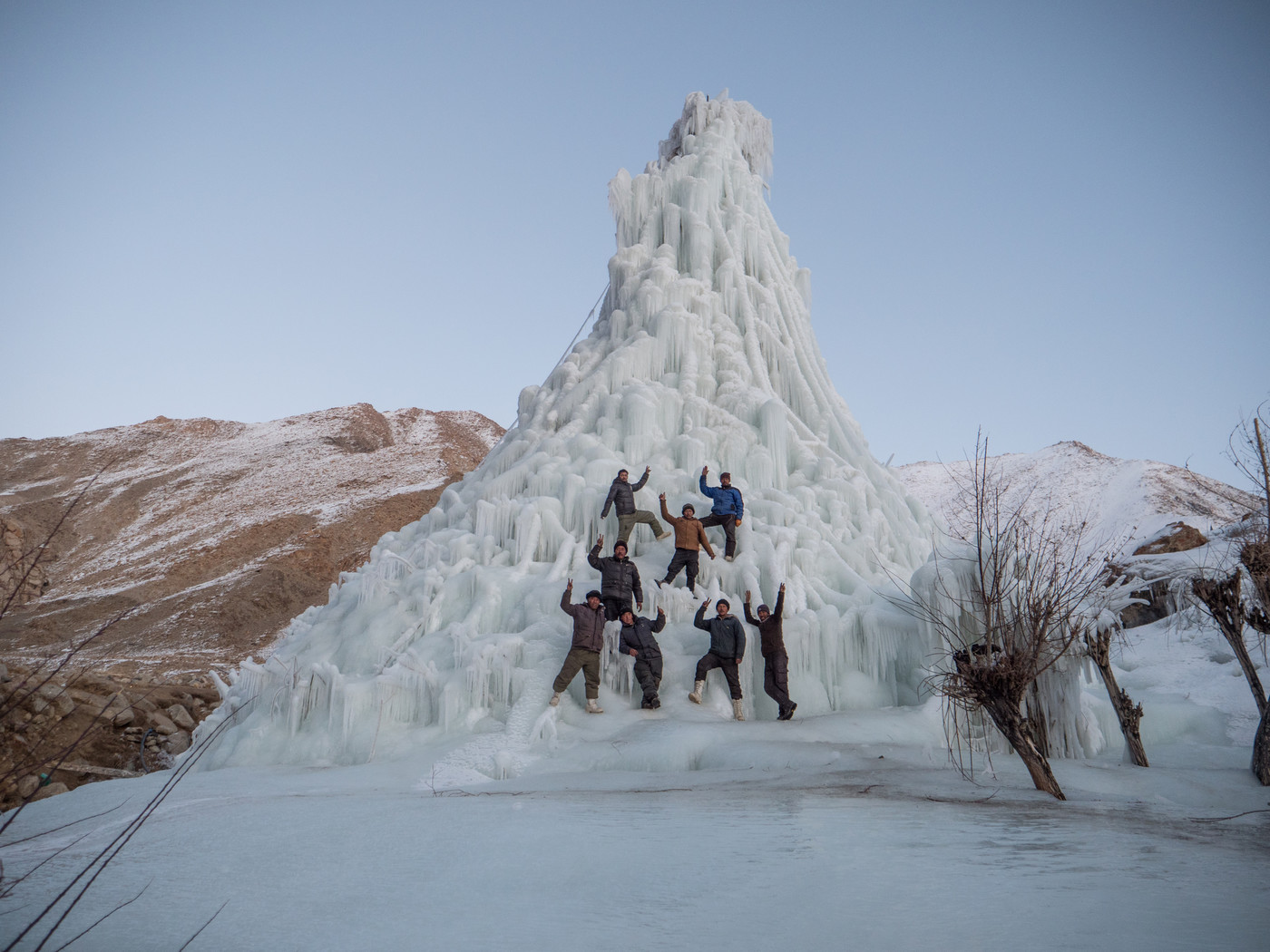 At 4000 meters above sea level, Kulum is a small Himalayan village, in the heart of the ancient Buddhist kingdom of Ladakh. In the cold desert of Changthang, a lunar land of sand and rocks, the eleven imposing houses of the village are enthroned “For six hundred years “, assures the dean, Phuntsok Dolma, who finds it more difficult to calculate his own age.

The old lady has spent her entire life in this remote hamlet, which is accessed by a rugged track. With an amused gleam in her eyes, she assures us that it is a blessing. “Here we live in peace and serenity “she said, wrapped in a traditional cloak and sitting on a rock soaking up the afternoon sun. His gaze is lost in the maze of grandiose and desert mountains, where the shadow of a large cloud passes at high speed.

We can see the tents of nomads, who camp nearby, with their yaks and goats. “Sometimes the snow leopards venture here”, says Phuntsok, proud to bear witness to the wild life of its valley. But the world of Phuntsok Dolma is no longer immutable. Seven years ago, a drought struck a blow to his village of Kulum.

In the midst of hostile mountains, the villages of Ladakh are crossed by streams and resemble oases, with their fields of wheat, barley and vegetables. In Kulum, water suddenly ran out during the agricultural season of April and May. Cultures have collapsed. “There is no longer enough water for the whole village”, explains Urgan, Phuntosk’s daughter-in-law, serving the green tea kept warm in a thermos. “We are the last family to still live here. “

One after another, the other ten families left to work in Leh, the capital of Ladakh, or in the less isolated villages below. Unable to detach themselves from their roots, some nevertheless walk for hours to return regularly to light prayer candles in the empty houses of their almost abandoned village.

“When I was a child, the winter snow was abundant and the glaciers more extensive », Emphasizes the dean, pointing to the mountains. In Ladakh, snowfall and glaciers, which act as water towers for these valleys, are constantly decreasing under the effect of global warming. The Himalayas, nicknamed the “third pole of the planet”, have been hit hard. If the trajectory of greenhouse gas emissions continues, two-thirds of glaciers will disappear before the end of the century, according to a resounding report from the International Center for Integrated Mountain Development (Icimod), based in Kathmandu. A study published this summer by the University of Kashmir estimates that in Ladakh, glaciers could even reduce by 85% and the cold desert of Ladakh by 22%.

Last year, the announced death of the village of Kulum alerted engineer Sonam Wangchuk. ” For the inhabitants, the abandonment of the village is a tragedy ”, he comments. Its teams then launched the creation of an artificial glacier, as they already do every winter in twelve other villages affected by desertification. Because since his first prototype in 2013, he is expanding his project and perfecting the astonishing process. “It is the harmony between technology and nature”, he smiles, wearing his sweatshirt which bears the inscription: “We make ice cream parlors. “

Engineer, educator and inventor, Sonam Wangchuk is a native child, who learned “To reckon with goats and sheep”. Aged 54, he lives on the campus of a school dedicated to alternative solutions (Himalayan Institute of Alternatives of Ladakh, Hial), which he founded in 2018 in the village of Phyang. It was there that he experimented and transmitted innovative ideas, true to his creative personality which inspired a famous Bollywood film in India.

The first large glacier was thus formed in Phyang, at the foot of the monastery, and allowed the surrounding area to be reforested. The principle is simple: it is a question of diverting, between November and March, the water of the brooks in altitude, and of channeling it by pipes below to a precise point, where it gushes out in fountain and freezes in contact with air, with temperatures that can reach -20 ° C. The cone formed little by little becomes a giant reservoir of water. “Then, during the dry season of April and May, it dissolves slowly and allows the surrounding area to be irrigated”, explains the engineer.

The results are astounding in ingenuity and beauty. Erected between 3,200 and 4,300 meters above sea level, these ice structures can reach up to 40 meters in height and store 9 million liters of water. In the spring, the villagers celebrate them and decorate them with prayer flags; they baptized them “Ice stupas”, by analogy to the shape of Buddhist monuments. In September 2018, the stupa in Shara village was still 10 meters tall.

But, in Kulum, the villagers were very disappointed by the smallness of their ice stupa. “ Still, we worked hard. We took turns every evening in the middle of winter for three hours to maintain the pipes and ensure that they did not freeze ”, emphasizes Urgan, the daughter-in-law. “The first year is still experimental and the pipes laid at Kulum were too small. The pipes are the biggest challenge of the project and we are working to improve them ”, explains Suryanarayanan Balasubramanian, a young and brilliant Hial researcher. He is pursuing a doctorate, in partnership with a Swiss university, on the study of the optimization of ice water storage. He hopes to define a model that could be replicated in other countries.

The urgency of a lifestyle change

To save the villages of Ladakh from desertification, Sonam Wangchuk believes that glaciers will not be enough. “Agriculture is dying out, and we have to find other sources of money for the villagers, he said. We are looking to develop winter tourism around the ice stupas and to open guest houses in the villages. “ Last year, a three-day festival was organized in the foothills of Leh, with ice wall climbing and igloo cafes. “If the ten families from the village of Kulum could come back, it would be a great victory, continues the engineer. But it will be necessary to combine other water conservation techniques and introduce drip irrigation to supplement water supplies and support agriculture. “

“We, the mountain dwellers, are reduced to protecting our water because the people of the towns pollute, recalls Sonam Wangchuk. Our work will be meaningless if people don’t change their way of life. ” To educate them, he set up the “I live simply” movement, with a site supported by the United Nations and dedicated advice. “It is not a question of relation to consumption, but the question of relearning the meaning of happiness”, he says.

Phuntsok Dolma, the dean of Kulum, has never doubted happiness. She clings to the idea that an ice stupa will one day bring her village back to life. Her daughter-in-law reminds her that they will need a lot of motivation to maintain the lines again during the long winter months. But for this ghost village which has crossed the ages on the roof of the world, hope is reborn.

The agony of the Himalayan glaciers

– The melting caused the formation of 3,624 glacial lakes in China, Nepal and India; 47 of them threaten to break up at any time. (Source: International Center for Integrated Mountain Development, Icimod, September 2020.)

– In Kashmir and Ladakh, the temperature could rise by 6.9 degrees and the glaciers reduce by 85%, by the end of the century. (Source: University of Kashmir, July 2020.)

– One third of the Himalayan glaciers is doomed by the end of the century, and two thirds if we do not contain global warming at 1.5 ° C. (Source: Icimod, February 2019.)

– 800 million people depend directly on glaciers for irrigation, drinking water and hydropower. 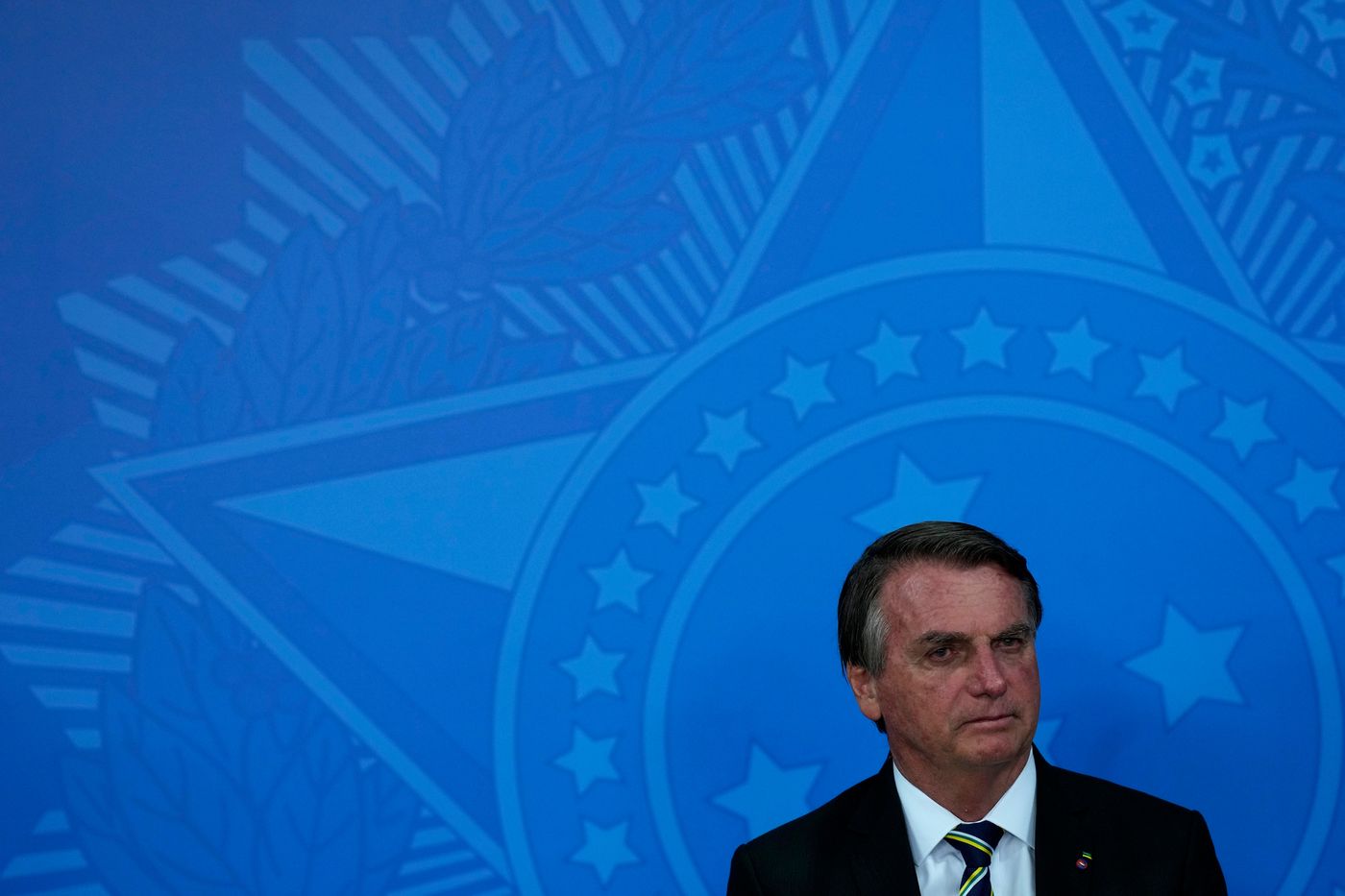