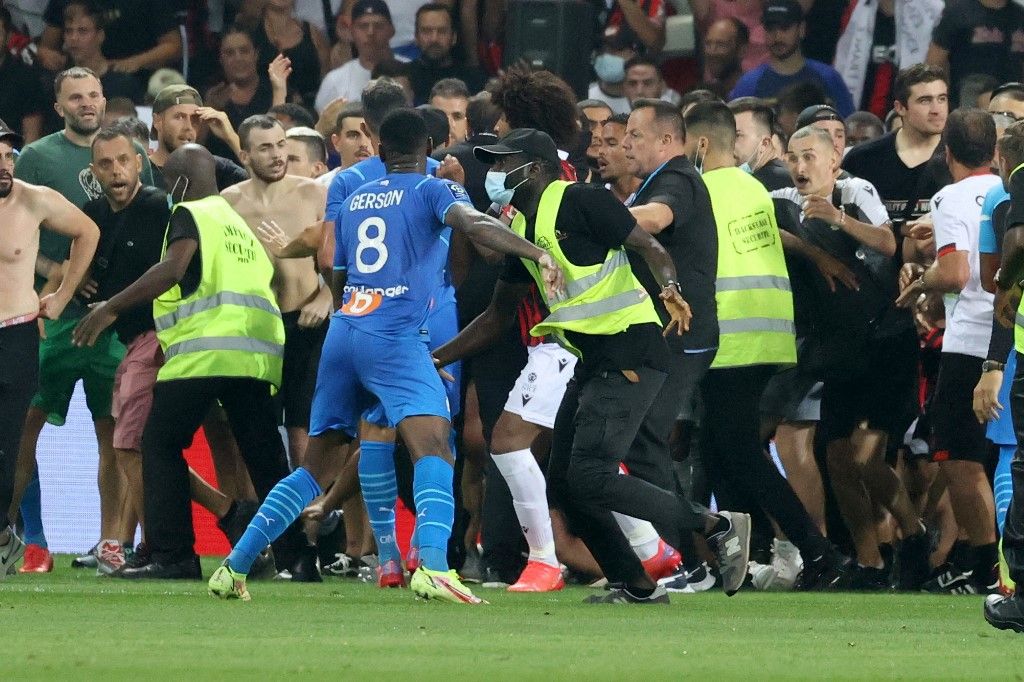 The Ligue 1 match between Nice and Marseille was stopped Sunday August 22 an hour and a half after supporters invaded the pitch. An incident that ignited the meeting, at the 75e minute: yet another plastic bottle launched from a platform on Dimitri Payet, which the player sent back to the supporters.

His teammates Alvaro Gonzalez and Mattéo Guendouzi ran towards the kop to harangue the area where the bottle came from. A security cordon of stewards, dressed in yellow vests, tried to stop the supporters, but blows were exchanged at different places of the pitch in a scrum, between players of the two teams, supporters and stewards. Among the many angry actors, Marseille coach Jorge Sampaoli had to be overpowered by members of his staff not to fight.

Jorge Sampaoli, had to be overpowered by members of his staff not to fight. / VALERY HACHE / AFP

Nice were leading 1-0, but the game did not end. A week after an interruption in Montpellier – supporters had also thrown bottles on the field, already against OM – French football therefore experienced a new incident, the second of the same order, on the 3rd day of a Ligue 1 which finds its audience after a season behind closed doors.

► Why was the meeting stopped?

After 90 minutes of procrastination, the meeting was definitively stopped when the referee, Benoît Bastien, whistled the end of the match, after noting the absence of the Marseillais who refused to return to the field, against the decision of the League. French football player, who wanted the match to end.

“We decided for the safety of our players – who were attacked during the invasion of the field – not to resume because their safety was not guaranteed”, explained the president of OM, Pablo Longoria, in a video sent to the media.

Photos circulated on social networks, showing marks on Marseille players, including cuts to the neck on Luan Peres and the scratched back of Payet.

“What happened today is completely unacceptable, we must set a precedent for French football”, insisted the Spanish leader, calling for sanctions.

Here is the reaction of Pablo Longoria, the president of the@OM_Officielthis evening following the incidents in Nice #OGCNOMpic.twitter.com/snajPn2kNA

Nice wanted to resume the game. “I know very well that the game could have resumed. I was sure it would go very well. Unfortunately the Marseillais did not wish to resume the match. Of which act “, said the President of Nice, Jean-Pierre Rivère, in a post-match press conference.

The clubs of Nice and Marseille are summoned on Wednesday 23 August before the Disciplinary Commission of the Professional Football League (LFP). The two clubs, including players and members of the staff took part in scuffles which led to the interruption of the match of the 3e championship day Sunday in Nice, will be exposed to sanctions after this meeting, marked by “Serious incidents”.

“These incidents are an insult first of all for football, for sport in general and the supporters themselves”, Sports Minister Roxana Maracineanu said on Monday, asking for “Sanction”, the perpetrators of projectiles and those who invaded the lawn, ” properly “. “There are the sanctions, the stadium bans. I am ready to reopen this file if necessary, if however we manage to identify the culprits in question ”, she clarified.

Should the match have resumed? “This is going to be one of the elements of the investigation. If the players felt in danger (…) they did well to stay in the locker room and ensure that the match does not resume ”, replied the minister.

The mayor of Marseille, Benoît Payan, reacted on Twitter after the end of the game: “Injured players, failing security: the match should never have resumed. Sad decision. Proud of my team who did not take part in this masquerade ”.

Injured players, failing security: the match #OGCNOM should never have resumed. Sad decision.
👏 Proud of my team who did not take part in this masquerade. #TeamOMpic.twitter.com/hRarIL9tnB

Last week, following the Montpellier-Marseille incidents, the Butte Paillade stand – usually occupied by the ultras – was suspended for Sunday’s match against Lorient. 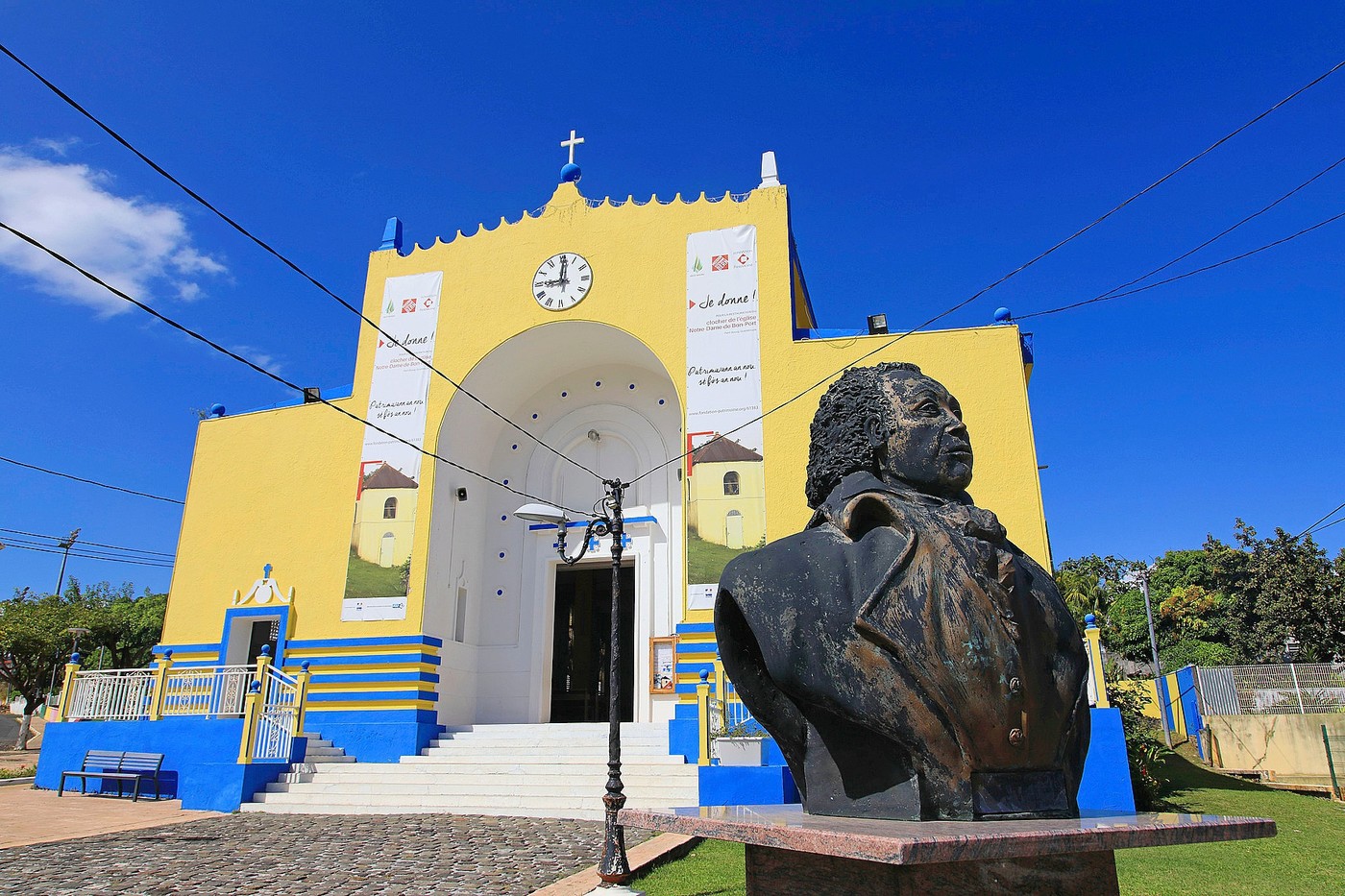