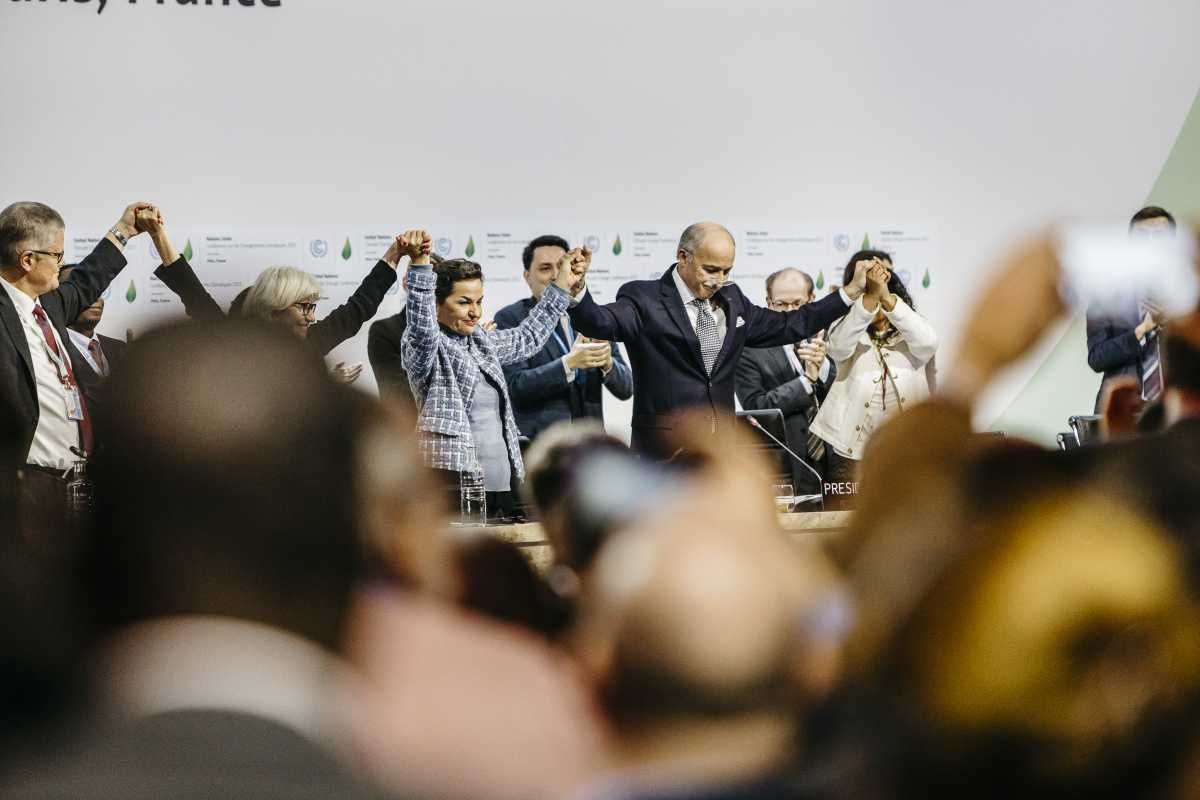 Five years after the COP21, of which he was one of the figures, Laurent Fabius has not lost his sense of the formula. “For the climate, there is no vaccine but an antidote: the full application of the Paris agreement”, underlined the President of the Constitutional Council, a few days before the anniversary of this emblematic text, which will be officially celebrated on Saturday 12 December.

Then there he is, slipping in the footsteps of General de Gaulle. “He said: between ‘possible’ and ‘impossible’, there are two letters and a state of mind. “ It had to be, no doubt. To return to 1940, in the dark hours, but above all to hope. Because at the end of 2020, five years after the famous hammer blow ratifying the adoption of an unprecedented international treaty (read below), the climate challenge remains immense. And the text, a compass that year after year, has held up.

Unsurprisingly, the climate news is bad. 2020 should be among the three hottest years on record, despite the weather phenomenon “La Niña”, which participates in the cooling of temperatures. And it’s been so hot on the Arctic side that half the pack ice has already been lost. Not to mention the scorching European summer and the succession of droughts and storms that have crushed many populations around the world. “Nature always responds blow for blow (…) with ever greater force and fury”, observed Antonio Guterres, who made the climate his big fight at the UN.

The Secretary General of the United Nations, however, has real reasons for hope. First, if he turns his gaze to China. On September 22, Chinese President Xi Jinping pledged to be carbon neutral in 2060. On the climate front, China is a juggernaut: the first emitter of greenhouse gases, the country is responsible for 28% of emissions global.

“China is an important player, confirms climatologist Hervé Le Treut, professor at Polytechnique and Sorbonne. Its commitment should be taken very seriously ”. And if the country’s dependence on coal is real, “It stabilizes and should decline”, indicates Stéphane His, consultant and energy expert. Above all, continues Hervé Le Treut, “China has the financial and technological means to keep its promises”.

→ THE FACTS. November 2020, the hottest on record in the world

Means and influence. In the process, Japanese Prime Minister Yoshihide Suga announced a goal of carbon neutrality in 2050, as did South Korea. “That Asia is moving on these issues is a very positive sign”, continues Stéphane His. Better still, “carbon neutrality”, in other words achieving “0 net emissions” (1) has become the benchmark. “This is a very important aspect, notes Sébastien Treyer, at the Institute for Sustainable Development and International Relations (Iddri). Because we have gone from marginal reductions in emissions to in-depth transformation of economies. “ According to the UN, more than 110 countries have signed up, including France.

It was not taken for granted. And the Paris agreement is not for nothing. “The great strength of this agreement is the global consensus that founds it, decrypts Rémy Rioux, Director General of the French Development Agency, a loyal COP. Since 2015, we no longer debate the extent of the climate challenge, all countries feel directly concerned. Even when Donald Trump announces the withdrawal of the United States, in 2017, it is a denial, which does not convince anyone ”. There has been no domino effect, including in countries ruled by climate skeptics like Brazil. “The agreement created momentum, it is frowned upon not to respect it”, notes Philippe Lamberts, co-president of the Green group in the European Parliament.

If the momentum held up, the fight nevertheless entered a zone of high turbulence in 2017, given the diplomatic weight of the United States and its role in the success of the COP 21. It was necessary to contain the influence of countries. refractory, Brazil, but also Turkey (which has still not ratified the agreement, as well as Iran), Poland or Australia, a major gas and coal exporter …

“We entered into resistance, testifies Rémy Rioux, who remembers an exchange on the sidelines of a G20 with the former president of the World Bank, Jim Yong Kim, an American. He told me: we must resist, we must hold on! A few weeks later, he was strongly involved in the One Planet Summit organized by Emmanuel Macron ”. The climate world has held its own, America too.

“We are still in”

As soon as the withdrawal is announced, the 1er June 2017, in the gardens of the White House, several states, cities, universities and American companies have made a commitment to respect the objectives of the Obama administration (a reduction of 26% to 28% of emissions before 2025). They have thus joined a multitude of coalitions, such as “We Are Still In” (nearly 4,000 members including religious groups and Native American tribes), and signed declarations such as “America’s Pledge”, from the former mayor of New York Michael Bloomberg and former California Governor Jerry Brown. 65% of the American population would thus be “covered” by the American promise, which should facilitate the return of the United States to the race, promised by the new president, Joe Biden.

How can the United States get back into the Paris agreement?

“This involvement of non-state actors, civil society, communities, economic actors is the other great strength of the Paris Agreement, estimates Damien Navizet, at AFD. Since 2015, progress has been made in this regard, against the backdrop of the drop in the cost of renewables, which facilitates the energy transition.

For its part, IDDRI observes that companies are moving away from less demanding “carbon offsetting” – even if this is far from having disappeared. But “The new CSR protocols distinguish between concrete efforts” reduction in emissions and “Compensation mechanisms” (2). The world of finance is also changing, notes Rémy Rioux (read page 4).

Is that enough? No, answer many environmentalists, their eyes riveted on the alarming rate of warming, convinced that we must go beyond good intentions and quickly. Currently, the trajectory is between 3 and 4 degrees, far from the Paris agreement (1.5 ° C to 2 ° C in 2100). Fearing serious consequences for humanity. “Setting goals is important, it’s even performative. But we enter into the delicate question of: how ”, recognizes Rémy Rioux.

The European Union promises to do its part. The President of the Commission, Ursula von der Leyen, has thus made the “Green Deal” the pillar of her five-year term. Public pressure is very strong there – the phenomenon Greta Thunberg who inspired millions of young people was born in Sweden. But to hope to achieve a drop of 55% by 2030, this green pact involves massive investments (1 trillion over ten years) in renewable energies and hydrogen technologies.

From Dunkirk to Noirmoutier, the French coasts alone should welcome seven new offshore wind projects between 2022 and 2027. With a recurring risk: that the dynamic will not be eclipsed by short-term imperatives, the rescue of economies still very dependent on fossils. Most national stimulus plans are found to fall short of climate requirements.

→ ANALYSIS Climate: “small steps” will not be enough, warns the UN

The other risk is that of a two-speed world. The Paris agreement had great ambitions, by linking the fate of the countries of the North – historically responsible for climate damage – and of the South, already exposed to its consequences. The envelope of 100 billion dollars annually, which was promised to them has not been reached.

African countries have moreover organized themselves to assess the additional cost of sustainable development: the figures vary from 119 dollars per inhabitant per year in Sierra Leone to 4,000 in Mauritania. “Despite progress, the gap between identified needs and funding remains enormous”, underlines Mohamed Ali Mekouar, of the international center for comparative environmental law. Whether it is to help countries reduce their emissions or to adapt to their impact.

A new peak to raise ambition

On December 12, 2015, during the COP21 in Paris, more than 190 countries adopted an unprecedented agreement to fight against climate change.

The objective of the Paris agreement is to contain the global temperature at a level below + 2 ° C compared to pre-industrial levels, even if possible at + 1.5 ° C.

On Saturday 12 December, the anniversary of the 5 years of the agreement, a summit is organized by the UN and the United Kingdom – which chairs COP26, scheduled for Glasgow in November 2021 -, with the support of Italy and France.

The challenge of the summit: to push the signatory countries to be more ambitious in reducing their greenhouse gas emissions. Announcements are expected, particularly on carbon neutrality and climate change adaptation measures.

Global CO emissions2 on the decline due to the Covid

According to data that the Global Carbon Project (GCP), a benchmark organization, has just published, “global CO emissions2 fossil fuels are expected to decrease by around 2.4 billion tonnes in 2020 (- 7%) ”, a record decline. It is linked to the containment measures imposed by the Covid-19 pandemic.

This decline was stronger in the United States (- 12%), in the European Union (- 11%) and in India (- 9%) than in China, “where the restrictive measures were taken at the beginning of the year and were more limited in time ”(- 1.7%). However, underlines the GCP, “the concentrations of CO2 in the atmosphere, and the carbon content of vegetation, soils, and the oceans continues to increase ”. 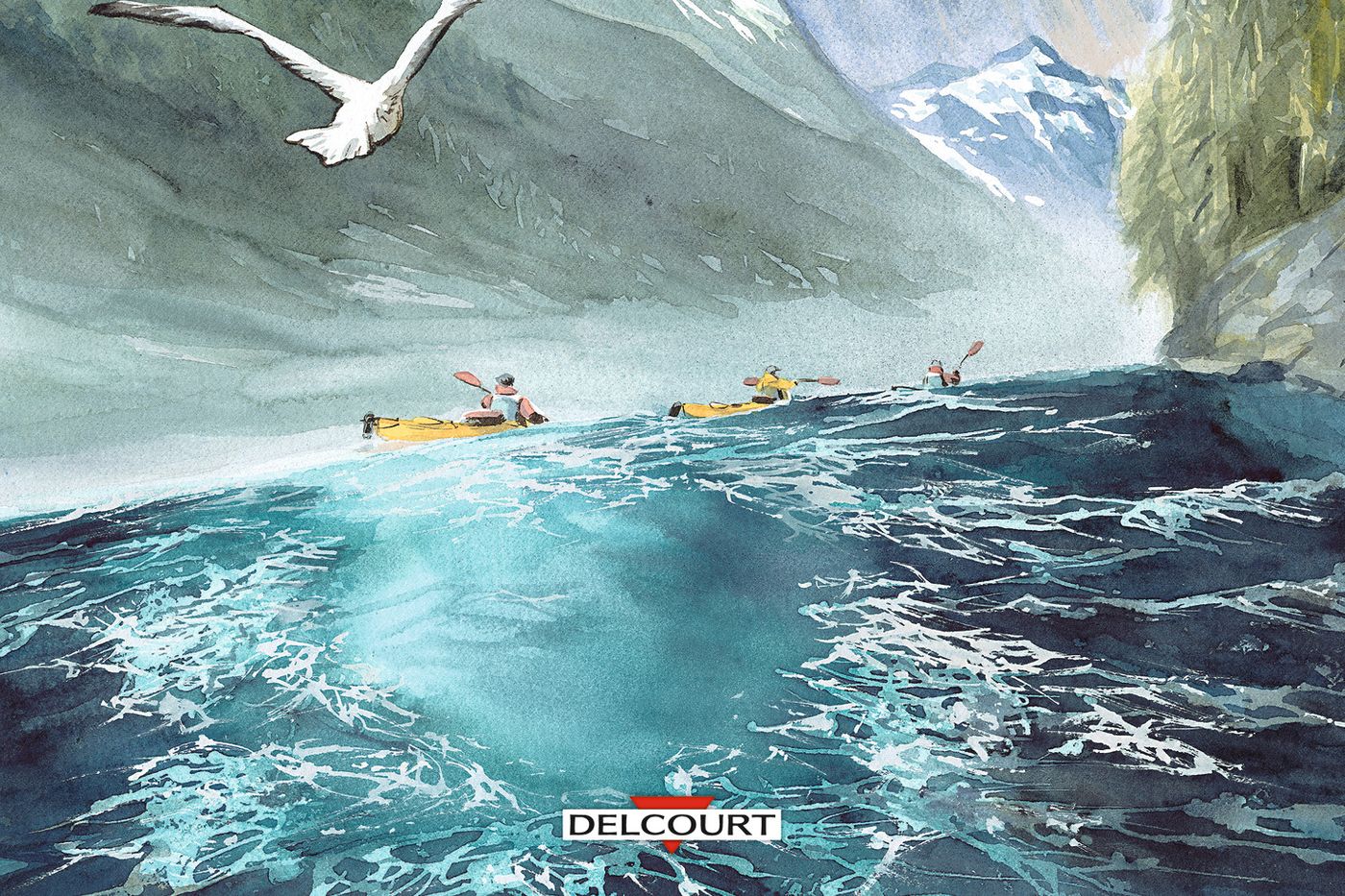 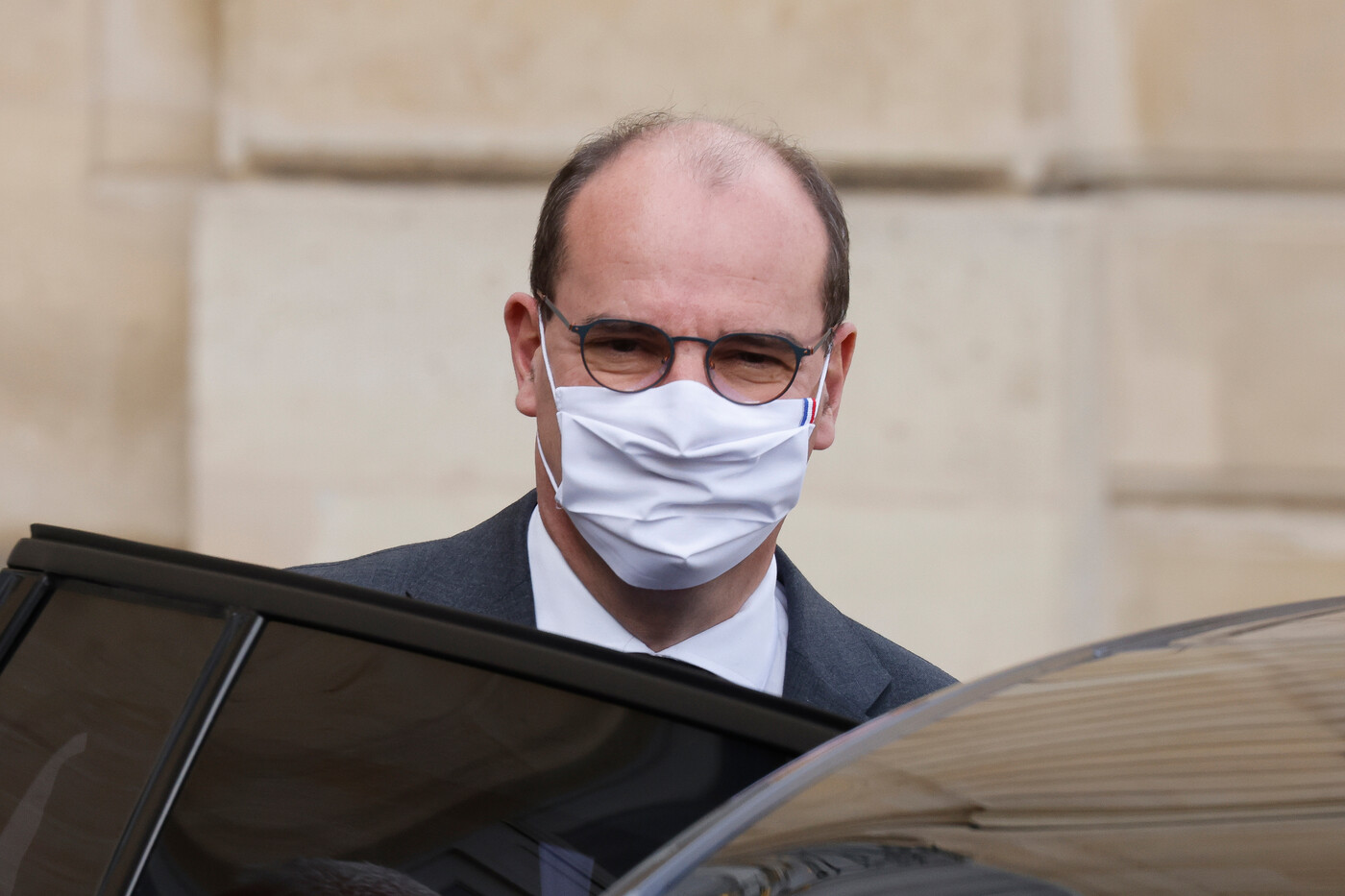 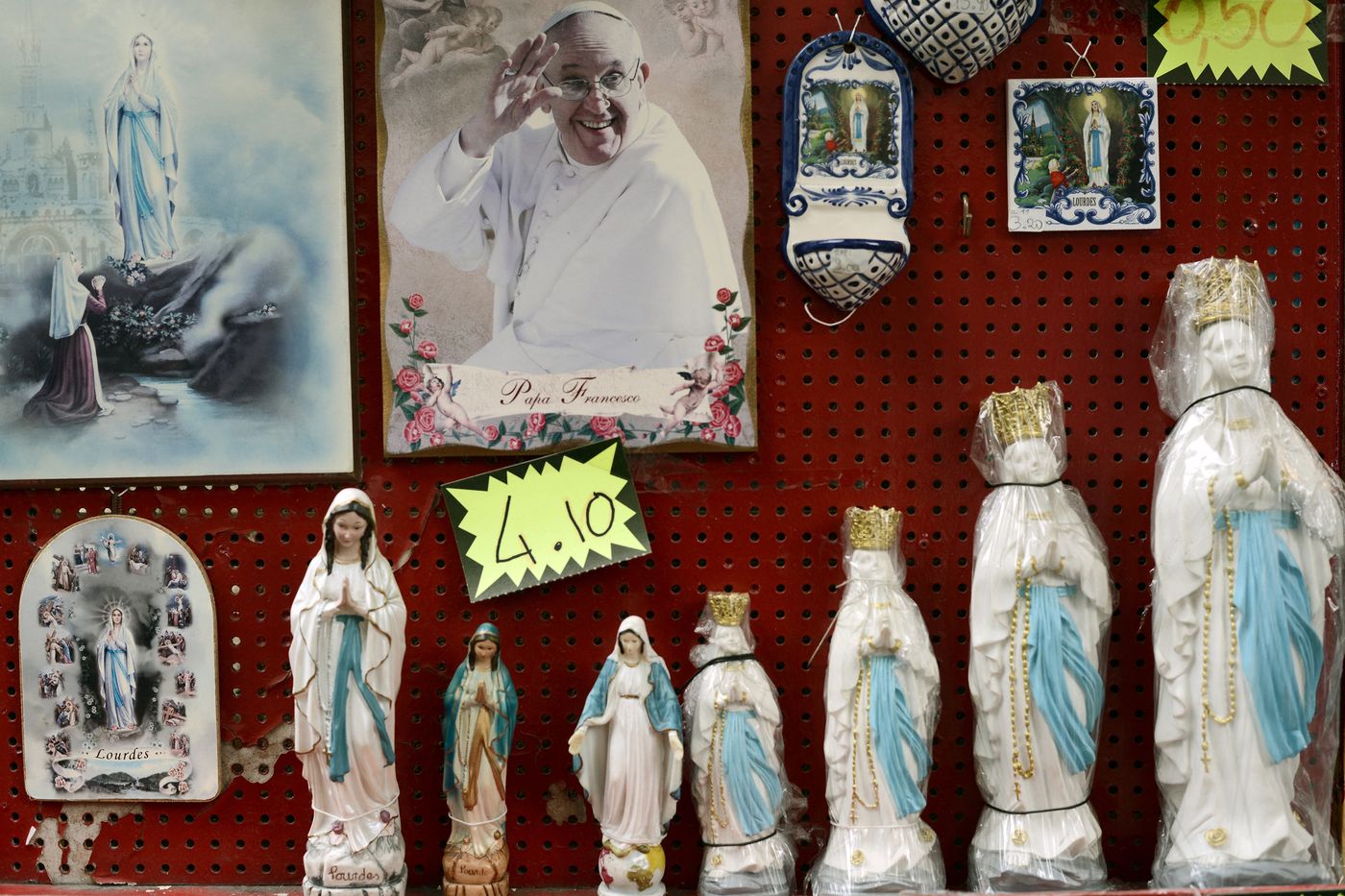