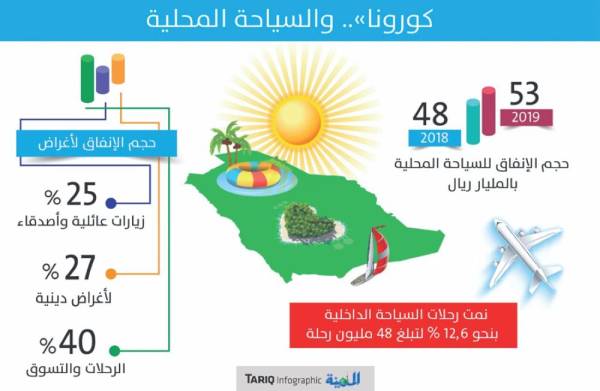 Domestic tourism has rebounded due to the closure and the difficulty of traveling abroad due to the repercussions of the Coronavirus pandemic, while the volume of spending in the local tourism sector during the past year has grown to 53 billion riyals compared to the previous year of 48 billion riyals, with a growth of 10.4%, and 40% of the volume of spending For the purpose of trips and shopping, while 25% of the purposes of visiting family and friends, and 27% of the volume of spending is recorded for religious purposes. Trips for domestic tourism grew by 12.6% to reach 48 million trips, compared to about 42.6 million trips for the previous year 2018. Thus, the total tourism spending in Saudi Arabia through domestic tourism, as well as tourists coming to Saudi Arabia (inbound tourism, “about 154 billion riyals, to record growth. At 8.8%, the expenditure of foreign tourists accounted for 65.6% of the total. A specialized expert expects that the coming period, with the return of international aviation and the resumption of tourist visas, will witness a recovery in the sector, which has suffered for quite some time from slow activity.

The expert and tourist investor – Muhammad Al-Anqari said: “The costs of domestic tourism are subject to supply and demand, indicating that the Corona pandemic has contributed to the recovery of domestic tourism, and the return of the citizen to his land to be discovered. He pointed out that the Kingdom is rich in natural and archaeological resources, which may need more attention by offering them for investment to the private sector, for the purpose of organizing, arranging and maintaining and making them available to tourists at a reasonable price supported by the state. He said: The closure of the entertainment sector during the last period affected financial flows, and the ability of institutions to bear expenses and pay salaries to workers, explaining that the entertainment sector is attracting thousands of Saudi youth of both genders, and he expected a strong recovery after the end of the Corona crisis. It is noteworthy that the Kingdom owns a large number of tourist areas and modern tourism projects, the most prominent of which are Qiddiya, west of the capital, Riyadh, and Neom, the Red Sea, and Amaala. And Makkah, Madinah, Riyadh, and other cities such as Taif and Abha, which were able to gain a share of interest to spend vacations by Saudis during the Kurna pandemic. 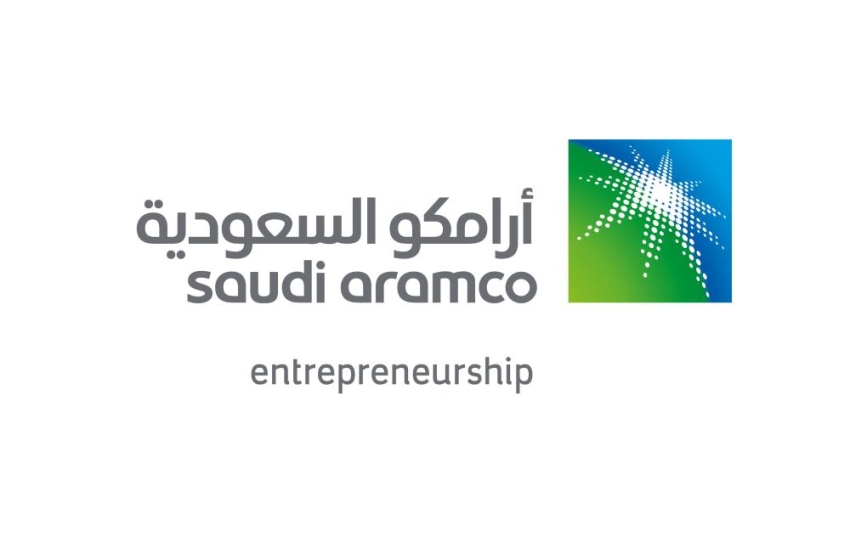 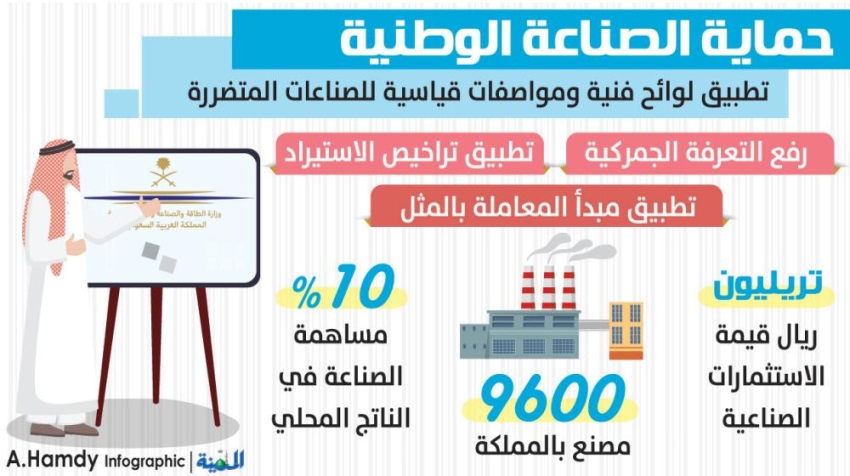