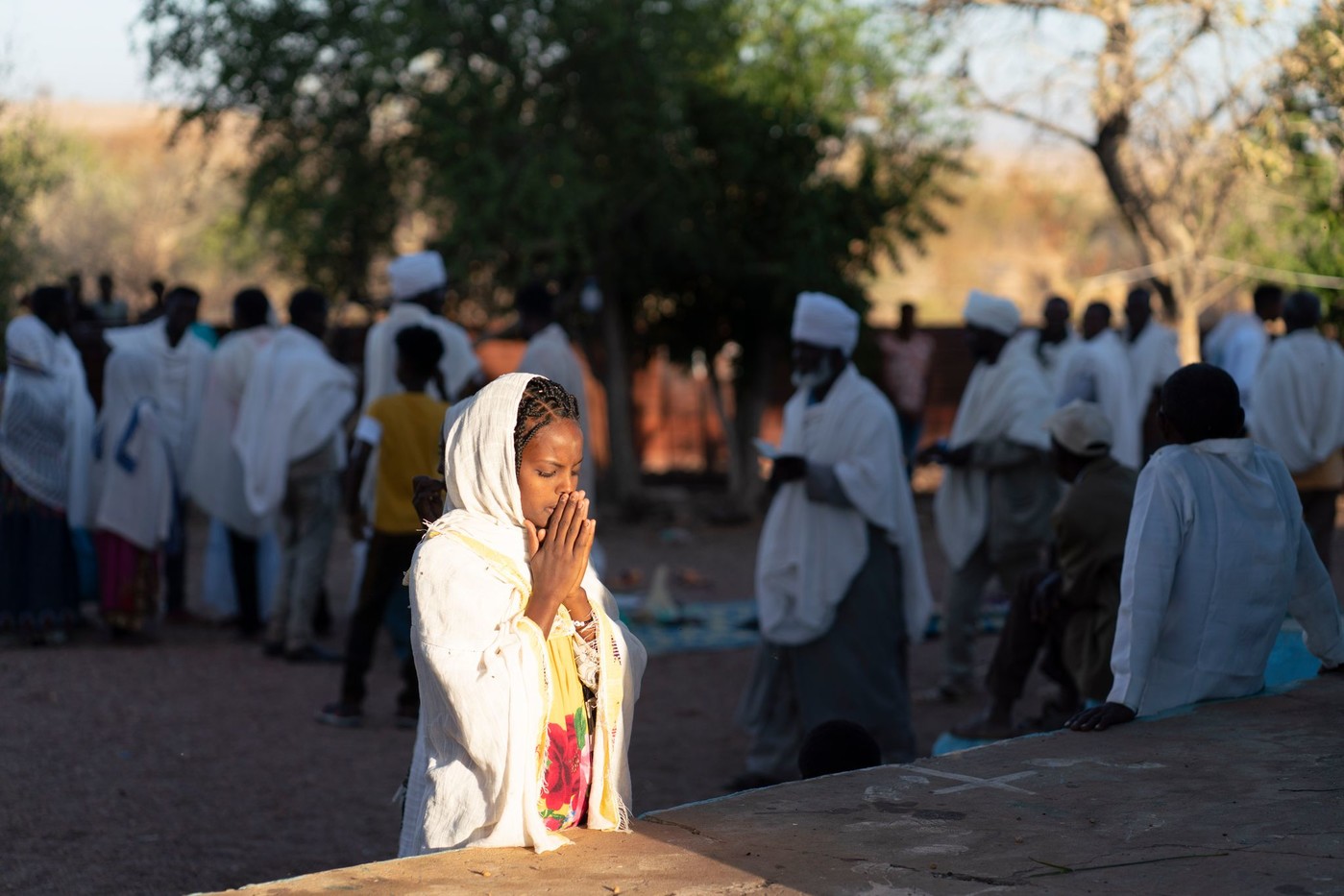 Dozens of white figures advance in the night. After three signs of the cross, they bow down, sometimes until they kiss the ground, then pass through the portal leading to the church of Um Rakuba. This Sudanese village, located 70 kilometers from Ethiopia, is home to the main permanent reception camp for the nearly 57,000 Ethiopians who fled the Tigray region, which has been plagued by civil war since the assault launched on November 4 by the Prime Minister Abiy Ahmed.

But, on January 6, Christmas Eve for members of the Ethiopian Orthodox Church – autocephalous since 1959 – hope animates the hearts of these exiles in very precarious living conditions, still reeling from the abuses to which they have suffered. assisted.

The faithful, seated on straw mattresses, listen to the preaching of the deacon posted in front of the building with the walls painted in white and blue. From inside emanates a choir. Priests, monks, deacons and young men celebrate, until dawn, the birth of Christ by standing, a stick (mequamia) in the left hand for only support.

Their songs are punctuated by three tam-tam as well as small metal instruments, tsenatsls, which they shake in unison, accompanying this movement with a sway of the body. On the right side of the building, hair covered by a scarf, women and nuns pray, also all night.

Yohanns Nguse, main priest of this community, himself a refugee, reprimands the youngest who let themselves go against the wall during this so-called “kidase” ceremony, which commemorates the songs of the first witnesses of the Nativity. ” So we must remember, at this occasion, from the patience of those who waited for Jéknow and kindnessé what‘he taught usée during his life “, specifies the one who does his best to encourage the exiles of Um Rakuba to apply these values ​​to their situation.

At 17 years old, Yonas Solomon is also convinced that ” all we can do c‘is we recovering at God. ” The features drawn by the vigil that he interrupted only two short hours to sleep on the concrete path bordering the church, this student in preparatory class hopes to obtain ” forgiveness of God since‘he m‘arrivedé to lie or fight, and that I‘have no respecté the Iûborn “, he confesses, in reference to the forty-three day period leading up to Christmas when Orthodox Ethiopians are content with one vegan meal a day.

Morning and evening, this teenager leaves the camp to go to the church, about fifteen minutes on foot. He prays for his father and his mother-in-law who remained in Tigray, and to be able to join his brother in Ireland, where he hopes to become a deacon for the local Ethiopian community. On this Christmas day, it is with Kndehafti Huluf, 47, that he shares injiras (large Ethiopian pancakes) and a rooster. ” I consider herère like my mère “, he confides.

“We will never lose our faith”

This supermarket saleswoman, who left behind her husband and one of her two daughters, walked for several hours to reach the border at night, despite having a deficient eye. Without, for a moment, ceasing to pray.

A few tents away, Balatou Brhanu prepares coffee for his mother, his brother and his friends. Behind her big smile, this 21-year-old accounting student regrets the absence of her father, who could not follow the rest of the family. ” We will never lose our faith in God, she assures however. We know that‘he will help us, so we will continue at pray every day to return home in peace. “

If the Prime Minister announced the end of the offensive on December 7, the refugees assure that hostilities continue. They found little consolation, however, in the joy of celebrating Christmas around the church, built forty-two years earlier by a first wave of Tigrayan migrants. His presence, in a country which has 97% of Muslims, pleasantly surprised Yohanns Nguse who says he had, upon seeing him, “ the feeling of renaîbe “.

Refugees who fled the conflict in Tigraya were transferred to Um Rakuba camp in mid-November. No shelter, no drinking water, or sufficient food was then available. However, for mainly security reasons, the Sudanese authorities continued to carry out these relocations, until the camp was saturated at the end of December with more than 20,500 occupants.

The multiplication of cases of intestinal infection has raised concerns among humanitarians on site of water contamination. Some medicines, especially insulin, cannot be stored. 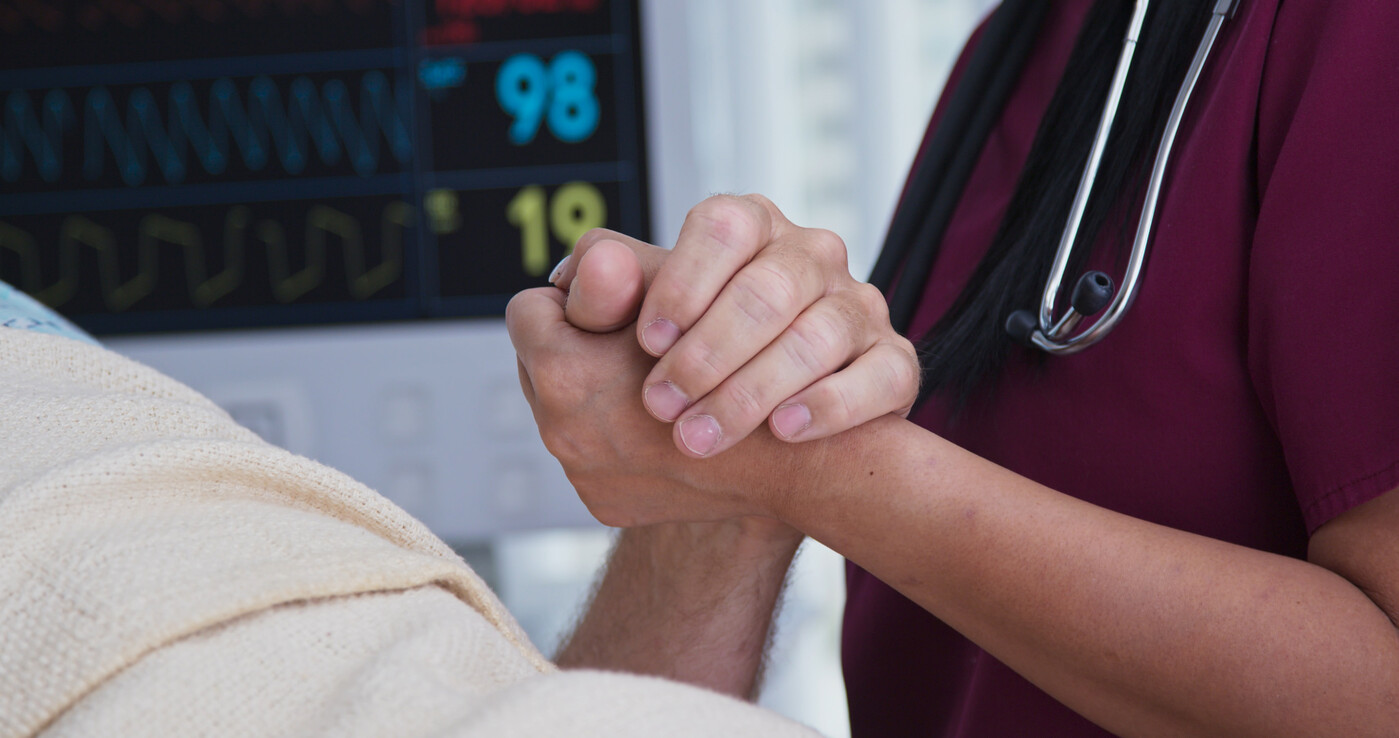