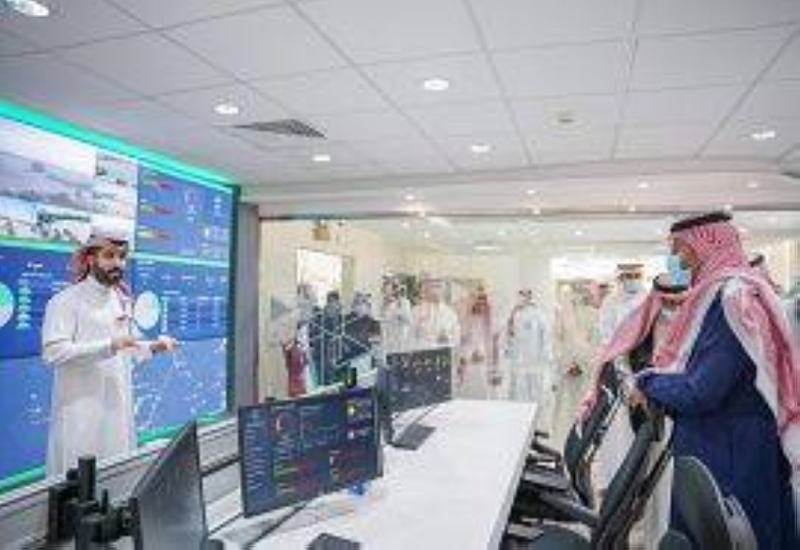 His Excellency the Minister of Industry and Mineral Resources, Mr. Bandar bin Ibrahim Al-Khorayef, Chairman of the Board of Directors of the Saudi Authority for Industrial Cities and Technology Zones “Modon”, inaugurated a number of new projects in the Second Industrial City in Dammam, in the presence of members of the Board of Directors of the Saudi Industrial Estates and Technology Zones Authority “Modon”. From ready-made factories and support areas, in addition to expanding the activity of one of the factories, identifying the basic equipment, infrastructure sites, facilities and logistics services in the industrial city.

After the meeting, the Minister of Industry and Mineral Resources inspected the existing and new projects that are being implemented in the second industrial city in Dammam, including: productive factories, infrastructure projects, utilities and logistics services. Al Hayat aims to promote cultural and recreational activities within the Saudi Vision 2030, as it aims to raise the awareness of male and female students and introduce them to the industrial sector and the concepts of the Fourth Industrial Revolution.

The visit included the factory of the Saudi Ready-mix Concrete Company, located on an area of ​​64,500 square meters, and aims to localize the ready-mix concrete industry, and contribute to the transfer of advanced technologies in this field to the industrial cities. MODON partners who benefited from the National Productivity Program, launched by MODON in partnership with the Saudi Industrial Development Fund and King Abdulaziz City for Science and Technology (KACST), with the aim of helping factories achieve the highest rates of production efficiency, and working on localizing display refrigerators and cold rooms for the sector Commercial, electricity funds for the industrial sector, and benefited from the integrated products and services, incentives and facilitating procedures provided by MODON to its partners in the industrial cities, as part of its strategy to empower the industry and contribute to increasing the local content, and the initiatives entrusted to it in the National Industrial Development and Logistics Program “Ndaleb”.

He pointed out that the national productivity program aims to prepare 100 factories to transform into the applications of the industrial revolution, by integrating with MODON’s technical partners, to become a model for the rest of the manufacturers, as the scope of work includes more than one axis, the first of which is: the industry maturity index “4.0”, which consists of Several criteria to measure the level of maturity of the current factory. The second is concerned with the criteria for selecting the factory that was built in cooperation with the Industrial Fund and King Abdulaziz City for Science and Technology to select the most appropriate factories for the program. The third axis concerns building transformation plans for 20 factories that represent a roadmap for the factory for digital transformation linked to the maturity indicator. For Industry 4.0, and he indicated that the Second Industrial City in Dammam was established in 1978 on an area of ​​25 million square meters fully developed, and is characterized by its proximity to Dammam Train Station at a distance of 32 km, and 40 km to King Abdulaziz Port in Dammam, and 55 km to King Fahd International Airport, and hosts 1,049 industrial contracts Logistically and investment between a product and an existing and under construction and establishment include many qualitative industries, most notably: food products, beverages, pharmaceutical products, machinery and equipment, and the composite industry motor vehicles, trailers and semi-trailers, electrical equipment, transportation equipment industry, computer industry, electronic and optical products, leather and related products, clothing industry, manufacturing industries, textile industry, rubber and plastic products, metal products, building materials industry, ceramics and glass, coal industry Coke and refined petroleum products, the manufacture of chemicals and their products, in addition to the manufacture of paper and its products.

Since its inception in 2001, MODON has been interested in developing industrial lands with integrated services. Today, it oversees 36 existing and under development industrial cities in various regions of the Kingdom, in addition to supervising private industrial complexes and cities. The existing industrial cities include more than 4,000 factories between producer and existing. Under construction and establishment.