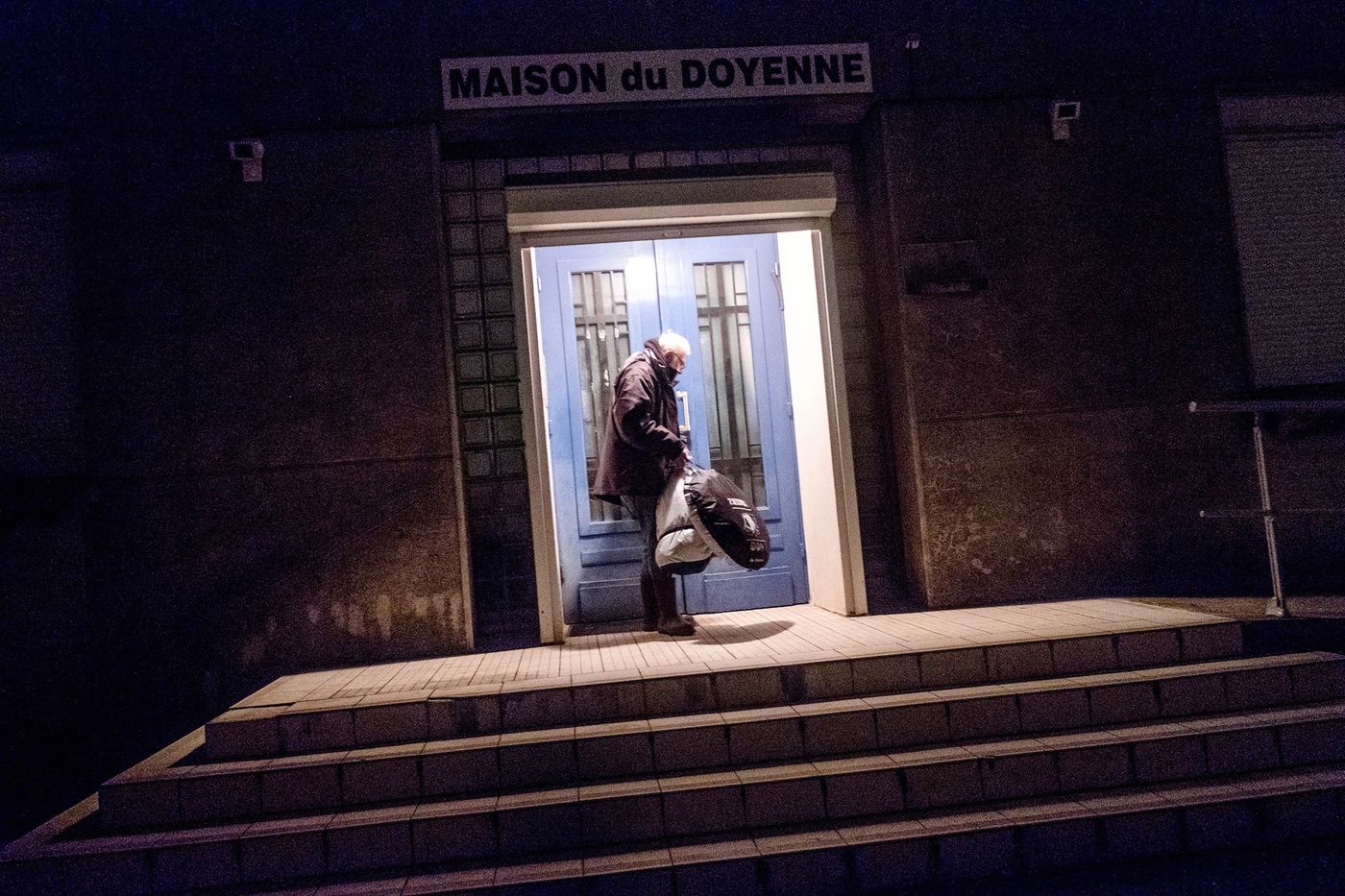 The last time there was a storm. Tonight, it is possible that it hails. So what ? This Wednesday evening, December 8, a little over a month after his hunger strike, Father Philippe Demeestère, a 72-year-old Jesuit, chaplain with the Catholic Relief Services of Calais, is preparing to go to sleep outside with the exiles, to the fifth time since the beginning of Advent. “After Tartarin de Tarascon on hunger strike, here is Tartarin de Tarascon sleeping in the Jungle! “, he says.

White hair and beard, round glasses, mischievous eyes, almost brave smile, Father Demeestère does not hate self-mockery. In the meantime, it’s already past 8 p.m., “You have to hurry a little there”. Go and fold the tent which is still drying. Take the down. Put on the boots. Anorak. Cap. Gloves. Car keys. Let’s go.

Direction “BMX”, a wasteland near the bicross bike stadium, where a few dozen Eritreans are installed. It is pitch black. And very cold when you have no warm coat, gloves or socks. In the distance, a few shadows warm up around several fires. Holding his tent and sleeping bag each in one hand, Father Demeestère zigzags between the puddles to join them. ” Hello Hello. “ The young people who maintain the embers nod their heads and take out plastic crates to invite the newcomers to sit down.

Every evening, the camp is guarded by three men. But, obviously, the instructions have passed: we can let in “Baba Philippe” (“Papa Philippe”). “With the Secours Catholique, we had already organized a ‘meeting tent’ in the summer of 2020 in an Eritrean camp, we have habits of dialogue with them, says Philippe. After the hunger strike, I went to find them to ask them if I could come and sleep in the camp. They deliberated collectively, long enough, before agreeing, on condition that they were not photographed. ” Father Demeestère now hopes that his hosts, mostly Orthodox or Evangelical, as evidenced by a small wooden cross hanging from a metal gate, will let him organize a Christmas mass here on December 24, in the presence of the bishop.

In the meantime, that evening, the camp is very quiet. Two young men, with coats still not soiled by mud, explain, with bits of English, having arrived not long ago at BMX, the camp where the new ones are settling, before going, possibly, at “Stadium”, the second Eritrean site. Like many of their compatriots, they fled the indefinite military service imposed on all young people, and passed through Libya, where they were enslaved for a time. The older one explains that he was very scared on a boat in the Mediterranean. However, he plans to cross the Channel. For € 3,000, it seems, the smugglers sell packages with several attempts. Corn “Winter is very dangerous”, he admits, promising to wait for the right season.

His friend prefers to try his luck in a truck. Around Calais, there aren’t many places left without fencing where migrants manage to get into vehicles without being spotted. So they try from parking lots, or roads, where there are slowdowns. In October, a young Sudanese man was killed when he was hit by a heavy truck. Many succeed despite everything, by sea more than by land, nurturing the hopes of those who arrive.

To the left of the camp, along a thicket of gaunt trees, there are only about fifteen tents and about 30 people. “A few days ago, we counted between 60 and 80 people, including a few women with children, observes Philippe. Some had to leave. ” When they fail to cross in Calais, migrants try to change region. Sometimes, too, they will get warm for a few days, especially in Belgium, where, explains the newcomer, there would be “Free hotels”.

On the other hand, the bus which, from Monday to Friday, stops in the BMX parking lot to take candidates to the accommodation of the prefecture, hardly leaves full. It takes a long way from Calais and then it is difficult to come back. And you can only stay there for two weeks, except to apply for asylum. It is not in the plans of the two young men. Many Eritreans are “Dublin Italy”: they are supposed, according to the Dublin regulation, to make their asylum application in this country, which registered them on their arrival in Europe. And then, it is in England that they want to go. “I have family there and it’s easy to find a job”, explains one of them.

Back to Philippe, still sitting on his crate near the fire, his feet on the edge of the embers, his nose in the smoke. Since November 28, the first Sunday of Advent, he has been spending the night with his Eritrean hosts, “In the interstices of [son] timetable “, often with his friend Michel. Without a media spotlight, apart from the exception made for The cross. He arrives in the evening, sets up his tent, and leaves in the morning for his activities.

What for ? When he wants to explain his point in detail, Philippe, for whom “Spirituality is an experimental thing”, likes to quote the scriptures. “In the Epistle to the Hebrews, it is written ‘you did not want a sacrifice or an offering, but you formed a body for me’, he indicates as well. So I use my body, which is what we all have in common, to get closer to them, to tell them that they are not alone and to experience what there is to experience. Life, not to say God, is always part of it. You just have to be there, waiting. “

Available for whatever may happen. “When Jesus first appeared to Mary Magdalene, she took him for the gardener. I believe in not always being on the front line, knowing how to blend into the background, into the ecosystem ”, he continues, before adding deadpan: “I aspire to become an ornamental plant. “

Most of his guests only speak Tigrinya, the language of Eritrea, Father Demeestère does not always find a place to converse. But there is so much to share outside of words. Starting with the cold, the rain, the mud. Total destitution. And life despite everything. A little further, near another fire, a man, barefoot in his flip-flops, warms milk and offers it to the guests. In the light of the flames, we can imagine a space dedicated to cooking. To the right of a small makeshift table, three or four washed pots drip onto a pallet.

Every day, Active Life, an association mandated by the State, distributes, in the parking lot next door, breakfasts, then hot meals to take away, as well as water. An independent association, Salam, brings in pastries and “Grandma”, one of the volunteers, often adds provisions for cooking. Calais Woodyard supplies wood. Info Bus provides equipment for recharging laptops. Hope & Smile picks up the laundry to be washed, which is then brought back dry and folded. While the authorities have installed a lot of fencing and rocks, complicating access to many camps, BMX, with its parking lot, can still receive help.

The brazier at the edge of which Philippe is standing makes more smoke than flames. The rubbish of the day is reduced to ashes. Eggshells, cans of sardines, bottles of milk, muddy clothes, and a lot of plastic objects, the combustion of which gives off a pungent smell… But why burn everything like this?“The police want everything to be clean, so when they come, every other day, we get up at 4 in the morning and get rid of everything”, explains a man a little older than the others.

Unlike other camps, where during evacuations, tents and blankets are taken in a dumpster to a resource center, where migrants can theoretically recover them in poor condition, on BMX, Eritreans organize themselves to make it happen. differently. ” Every two days, continues Philippe, when the police come to dismantle the camp, the exiles shout “gender gender” (“gendarmes, gendarmes”). “ As soon as the police arrive, the exiles move all their belongings to the parking lot, with shopping carts and strollers stowed away at the entrance to the camp… And, immediately after their departure, they move back to the vacant lot. Exhausting absurdity. “Good life, good life” (“Good life, good life”), sums up, ironically, one of the inhabitants of the camp.

Like many people in contact with exiles, Father Demeestère believes that he hardened in contact with reality. “I became radicalized in Calais, seeing what the authorities are capable of doing to human beings under the pretext that they are in the migrant category”, recognizes Philippe, who has lived all his life in contact with the homeless (read the benchmarks) before arriving in Calais in 2016. For those who host there anyone – volunteers, homeless, exiles or guests – in need of a roof over their heads, a point of no return may have been reached at the start of the year. On the pretext of a fire alarm problem, the municipality closed the “Crèche”, a night shelter that it coordinated to accommodate fragile migrants, often minors or convalescents, in the Dean’s House, just in front of his apartment. “They use a security problem to kick people out!” “, gets carried away the priest. In October, the death of Yasser, the young Sudanese hit by a truck, escalated anger. “We had to get out of helplessness, show that it was no longer possible! “, adds Philippe.

Started on October 11 with a couple of volunteers, Anaïs Vogel and Ludovic Holbein, the hunger strike did not, however, make it possible to obtain much, despite the sending of a mediator. Father Demeestère, emaciated by 8 kg, interrupted her at 25e day, November 4, thirteen days before his two comrades. “We are in a relationship from the weak to the strong, he explains today. In this case, it is necessary to fall back before having suffered too much damage and not being able to go up to the front. It took around the walls of Jericho seven times before they fell. “

In the meantime, Father Philippe has things to do, starting with the setting up of a new winter reception center for the exiles. He wakes up in the early morning, in great shape. “Every night has its character, he comments. The first, I was poorly equipped, I was too cold. The second, my mattress deflated, I couldn’t sleep. The third, I heard the rats all night. And the fourth was the storm. “

By comparison, this night was almost fun. He slept the sleep of the righteous. In the tent next door, we heard him snoring a little. As he folds up his tent, a flock of seagulls fall on the still sleeping camp. The early morning Eritreans stir up the fire. That morning, no “ gender, gender », It is not the day of the police. With the tomatoes and eggs brought the day before by the Catholic Help, they prepare a breakfast. A saucepan for 30 people, which they nevertheless offer to share with the guests. 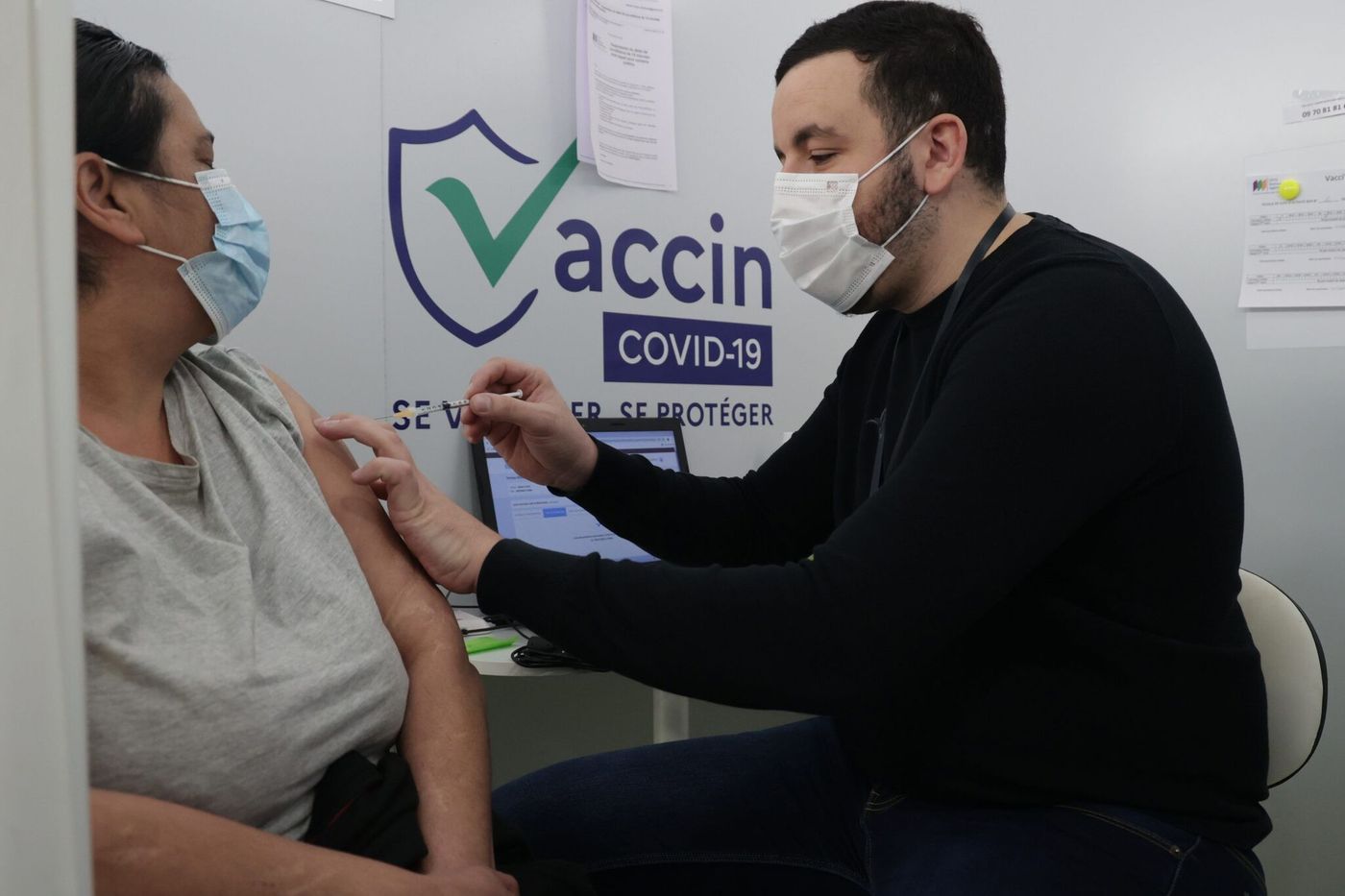 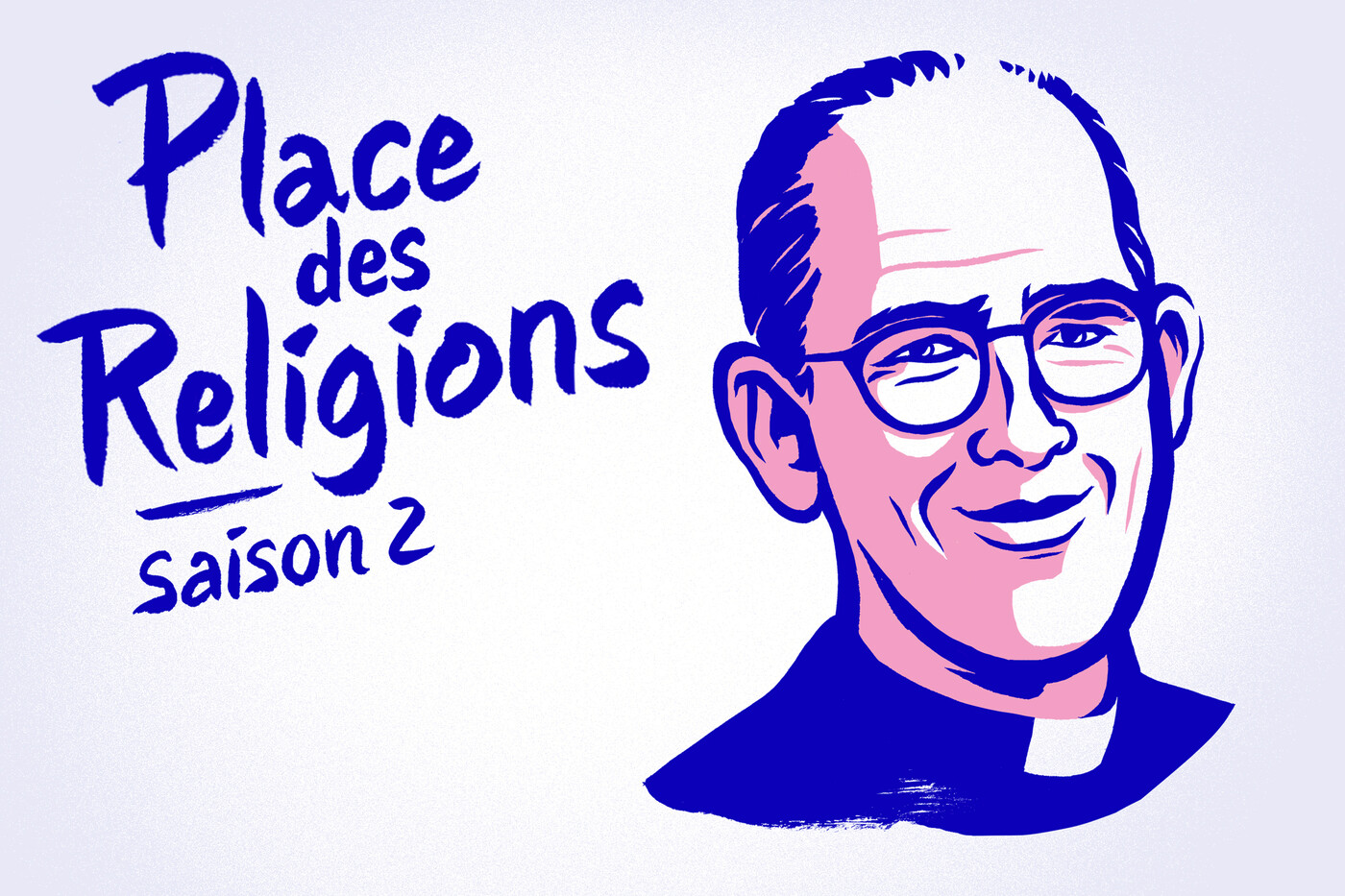 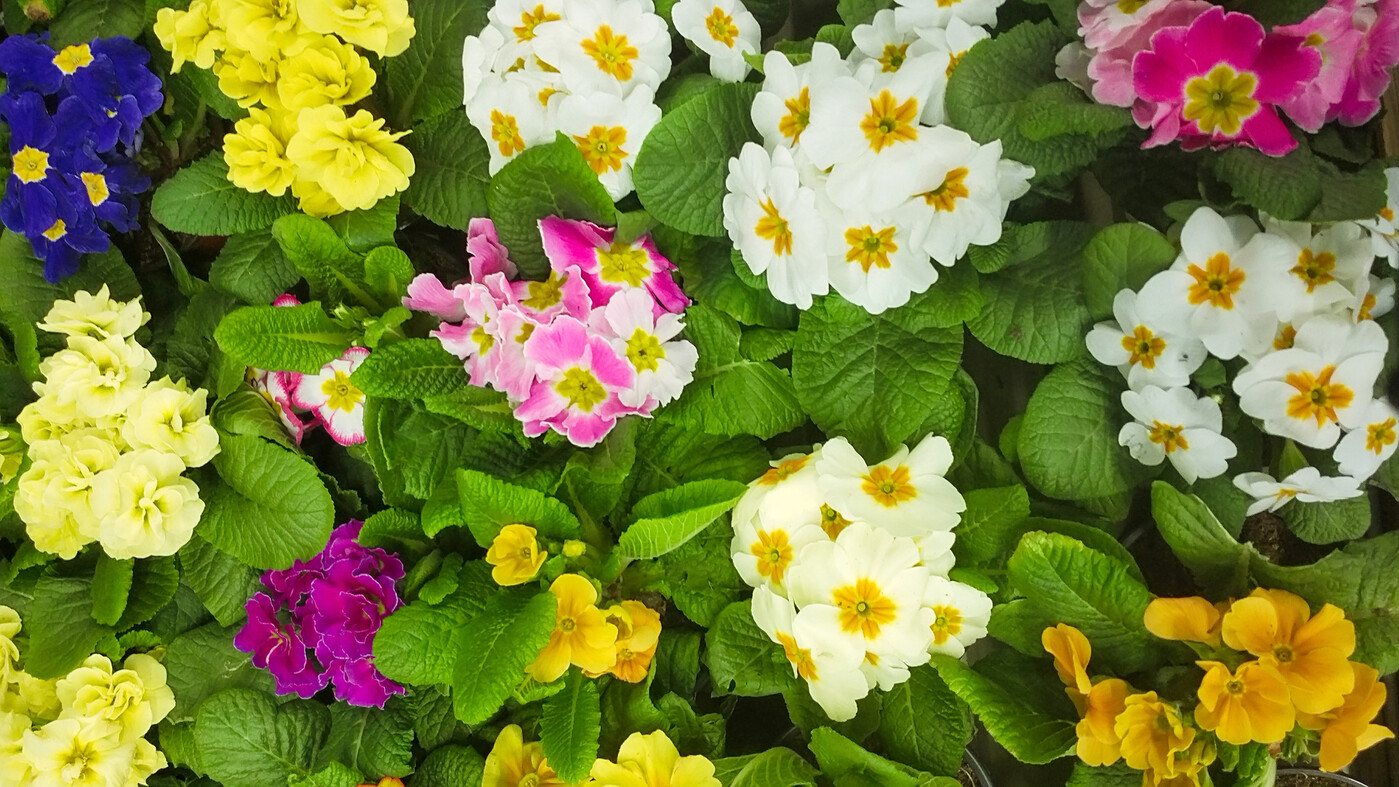