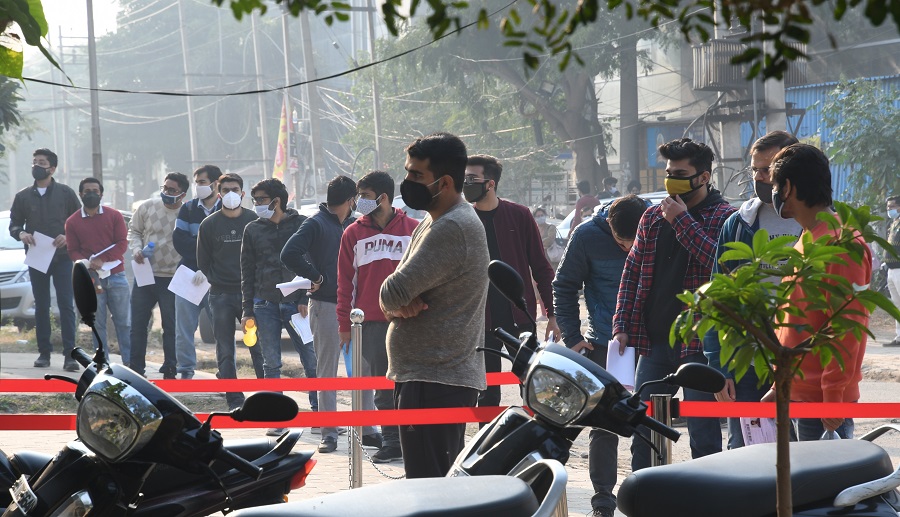 As many as 6,000 students appeared for the test across 12 centers from the Tricity region. Due to Covid concerns, this year exam was conducted in three-time slots and test time was reduced from three hours to two hours.

According to Hirdesh Madan, Co-Founder Bulls Eye, “Though the CAT application numbers were similar to last year, quite a few centers in tri-city reported poor attendance. This may actually mean a surge in CAT applications next year as quite a few students may have deferred their plan ”.

Madan said, “This year the students were left a bit confused with respect to the pattern as the test-taking body reduced the test by an hour but did not give a clear indication on the number of questions. The level of difficulty varied slightly across slots. Broadly, a score of 105-110 is likely to secure 99% ile which may be good enough to fetch a call from IIMs. ‘

In the region, IIM Sirmaur and IIM Amritsar top the charts of most coveted colleges accepting CAT scores. The University Business School (UBS) of Panjab University is also one of the sought after college and its CAT cut-off is expected to be around 90 percentile.

Dhananjay Deswal, who is doing his engineering from CTET said, “CAT 2020 was moderately difficult this year. Verbal Ability & Reading Comprehension was on the tougher side and it consisted of tricky questions. Selection of questions played a major role in Data Interpretation and Logical Reasoning section. Quantitative Aptitude was easier but lengthy. ”

Another student Bhavit Singla, doing B.Com from GGDSD college Sec 32, Chandigarh said “I found Verbal section to be most difficult, Reasoning was tricky and Math was easy but lengthy section but the paper was on predicted lines”.

The result for the test is expected to be declared in the second week of January. In the second phase, after the written test results are declared, students go through essay and interview stage for final selection. Each IIM has its own criteria but over the years past academic record, work experience and graduation stream is gaining significance in the overall process.