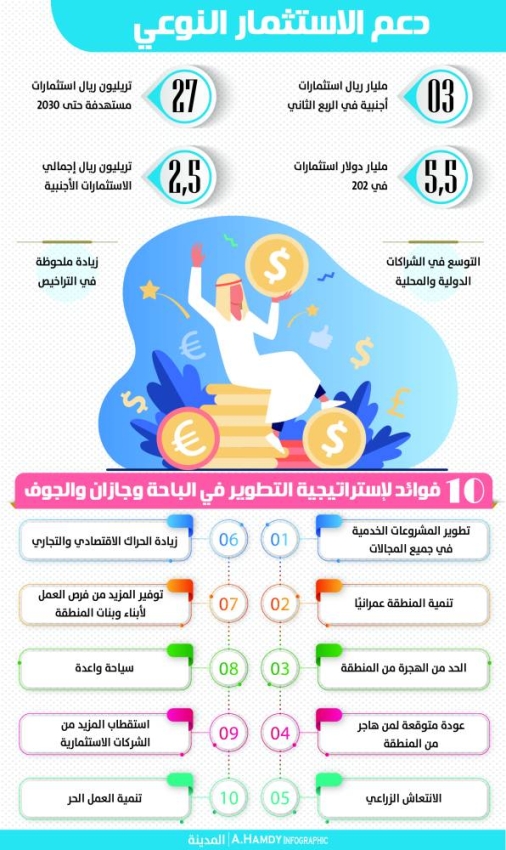 The strategic offices for the development of the areas of Al-Baha, Al-Jawf, and Jazan, launched by His Highness the Crown Prince – yesterday, achieved at least 10 gains, including benefiting from the comparative and competitive advantages of each region and developing the investment environment to be investment-attractive areas in partnership with the private sector, as well as increasing settlement and limiting immigration to major cities.

The offices will also take care of all components of development in those areas, to achieve the highest benefit from them and transform them into elements supporting the economy, and undertake development, coordination and follow-up work with government agencies, to work to stimulate and involve the private sector in the development of their spatial components. These areas were specifically selected for having more qualifications than others, and this will be reflected in the development of the Al-Baha region and benefiting from its tourism, agricultural and historical components for the benefit of the country in general and Al-Baha in particular by transforming the elements into points of attraction, support and maximizing the benefit of the various features of the region, which will contribute to the advancement quality of life and infrastructure, and maximizes the various components.

The Al-Baha region includes many tourist, heritage and historical elements, such as old villages, palaces and forts, in addition to its picturesque nature of forests, parks and valleys, which contributed to being one of the most important tourist destinations in the Kingdom in summer and winter.

Strategies to develop all areas

In previous statements, Crown Prince Mohammed bin Salman confirmed that the Kingdom is working on strategies to develop all regions, noting that Riyadh constitutes 50% of the non-oil economy and 45% of the Saudi economy as a whole. He explained that Riyadh is one of the potentials for economic development, and it has all the ingredients to achieve this. The Crown Prince said that the cost of providing a job in Riyadh is 30% lower than the rest of the Kingdom’s cities, and the cost of developing infrastructure and real estate development in it is 29% lower. On September 28, the Crown Prince launched a strategy to develop the Asir region under the slogan Qimam and Shem, with the aim of attracting more than 10 million visitors from inside and outside the Kingdom by 2030.

On behalf of the region’s businessmen and women, Mohammed Saeed Al-Majebani, President of Al-Baha Chamber, expressed his thanks and gratitude to His Highness, Crown Prince Mohammed bin Salman bin Abdulaziz, on the occasion of launching the strategic office for the development of the Al-Baha region, with the aim of maximizing the benefit from the comparative and competitive advantages and developing the investment environment to be attractive to investment and stimulating to the sector. The private sector, which will have a prominent role in achieving development, providing job opportunities and attracting investments to the region.

He expected the office to support the process of development and prosperity in a manner commensurate with the value of the Al-Baha tourist, historical and cultural area, and the investment and economic opportunities it is characterized by. In recent years, the region has turned into a “workshop” with projects in all service fields. The Emirate of the region has established a special program to contribute to the realization of Vision 2030 and to follow up on the vision’s initiatives, in addition to implementing 4 vital programs (healthy society – economic reform – social development – training and motivation).

He considered that these offices are an important step for the region, especially in attracting investments, supporting sustainable development, settling jobs for the people of the region and developing them, and benefiting from the great opportunities that characterize Al-Baha in partnership with the private sector.

Saudization of jobs and development of industrial zones

The strategic offices for the development of the three regions were launched to serve as a nucleus for the establishment of development bodies in the future. The offices enjoy legal personality and financial and administrative independence, and are linked to a supervisory committee for the development of the region, and its members are named by royal order. It aims to develop the natural environment, settle jobs for the people of the regions, review plans and policies, develop industrial aspects, raise the level of roads and infrastructure, stimulate the private sector and urban development. It also aims to develop the regional plan, improve the quality of life, launch development strategies, enhance tourism development and achieve balanced development.

Agricultural and historical components that lead Jizan to development

Jazan is one of the rich agricultural, touristic, historically and economically regions, and the development strategy will contribute to adding more comprehensive development renaissance in light of natural potentials, climatic and environmental diversity, and tourism and agricultural components that rightfully qualify it to be a tourist attraction center throughout the year, according to its geographical composition, as it is characterized by charming streams, reefs and valleys. There are more than 25 valleys in the region, including Wadi Bish. The area is famous for cultivating mainly grains such as corn and millet, but it also works on the cultivation of figs, guavas, pineapples, bananas, papaya, melons, pumpkins and leafy vegetables. The farms of Jazan lands host thirty varieties of mango, in addition to ornamental plants, jasmine, caddy, and various aromatic plants. Work has also been done on coffee cultivation in farms and agricultural terraces located in the mountains. The region is distinguished by its fish wealth along its territorial waters and coasts on the Red Sea, estimated at more than 250 km of Al Shuqaiq in the north until the season in the south, which led to the availability of commercial fish species throughout the year. Jazan includes an industrial city with an area of ​​one million square meters as a first stage to meet the needs of industrialists in the region. The region has also witnessed a developmental movement in various fields and has become one of the attractive and developed areas. The region includes the port of Jazan, which is the third port of the Kingdom on the Red Sea coast in terms of capacity. It is also characterized by its environmental and climatic diversity. It is the main gateway to the Farasan Islands. On the heritage side, the Jazan region embraces antiquities dating back to (8000) BC.

The Al-Jouf region is considered the “food basket of the Kingdom”, due to the diversity of crops in it, which was helped by the fertility of the soil and the abundance and sweetness of groundwater. The region is famous for the cultivation of olive trees at a rate of approximately 67% of the local production of olive oil in the Kingdom. It is also famous for the cultivation of palm trees, which produce about 150 thousand tons of dates annually as well as other crops. The area includes many historical monuments and ancient inscriptions, and many ores of various minerals were discovered, which are used in many industries. The area is also characterized by the presence of more than 31 historical heritage, which makes it a tourist attraction.

The region has launched a program to attract internal and external investment to achieve a satisfactory growth rate in the region’s domestic product by providing possibilities for implementing vision initiatives with economic impact. Providing infrastructure that encourages investment, such as complete industrial cities, developing tourism assets, providing infrastructure services, and providing financing institutions for investment.

The regions and cities development authorities whose organization was published on the 21st of last Shawwal represent an essential arm in the implementation of the strategic office plans. The authority enjoys legal personality and financial and administrative independence and is organizationally linked to the Prime Minister and aims to plan and comprehensive development of the region in the urban, demographic, economic, developmental, social, cultural, environmental, transportation, infrastructure, digital infrastructure, and provide the region’s needs of services and public facilities. It is responsible for drawing up general policies for the development and development of the region, preparing plans, studies, comprehensive strategic plans for the region and its executive programs, approving and updating them when needed, and directly supervising the planning, design and implementation of strategic programs and projects, and related operations and maintenance, and reviewing development plans, programs and projects – related to the work of the authority. Prepared by government agencies, public bodies and institutions, associations and civil institutions, to ensure the achievement of balanced development in the region and to take what is necessary to ensure its implementation, in coordination with the concerned agencies. area and A related shake-up, in preparation for the completion of the legal procedures in this regard and supervision of the rehabilitation and improvement of existing urban neighborhoods, and the treatment of slums, their development and upgrading urbanly, socially, economically, security and environmentally. 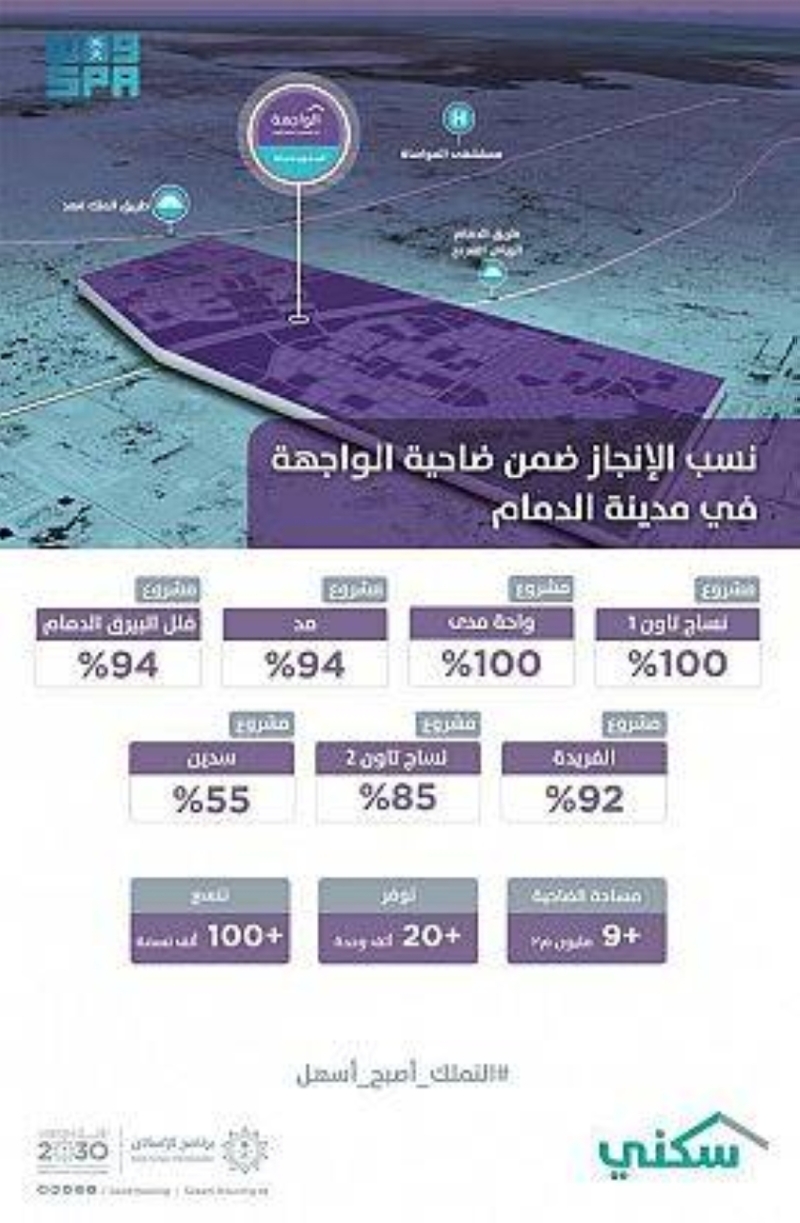 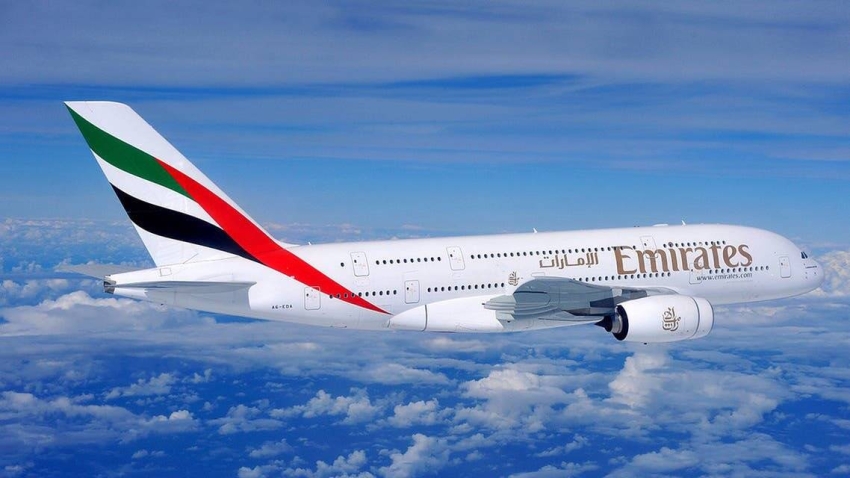